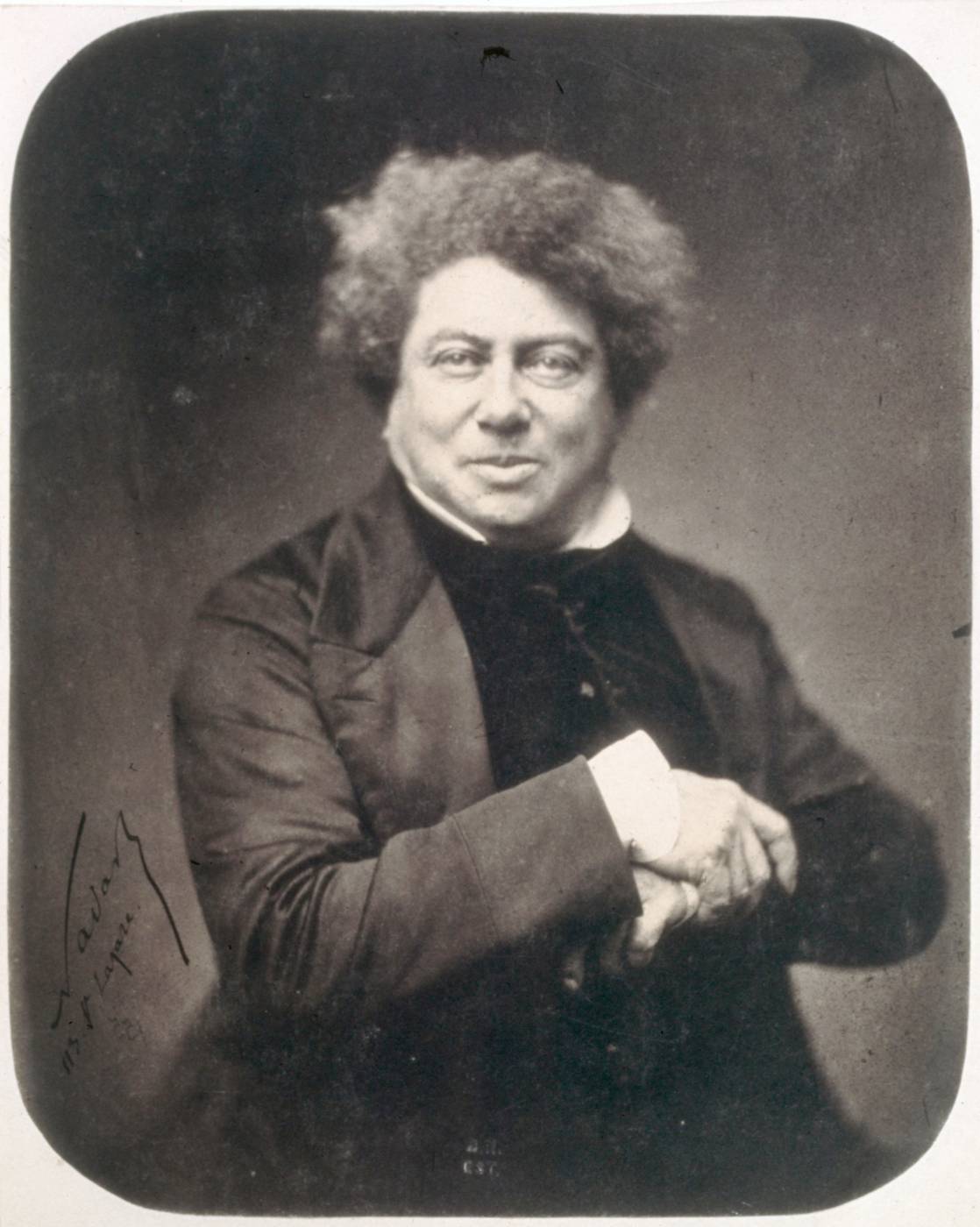 As far as I know, at the time people who came from France’s colonial possessions to the metropole were usually a) quite rare and b) looked down up. So that while treatment of people of African descent in the French colonies might have been less harsh than say in the British colonies; the political climate within France made if difficult for them to enter France or even marry there. This made me wonder how Thomas-Alexandre Dumas was treated at the time, since he so clearly went against all these conventions (having a noble father might have helped though). As a follow up, I’m also wondering if the French Revolution’s temporary abolishment of slavery might have had any influence on him and his career.

Edit: Dumas rose to the rank of division general in he 1790s, serving under Napoleon in Italy & Egypt – this short encyclopedia article has a bit more background. This page by the British Library includes pictures, like this one.

**N.B:** I highly recommend Tom Reiss’s *The Black Count*, a biography of Thomas-Alexandre based on extensive research, including some of the Dumas family’s private papers, I will be quoting from this source in my response. Two other sources will be Gallagher’s biography of the general and André Maurois & Gerard Hopkins’s biography of all three Dumas men.

It’s important to recognize that although Thomas-Alexandre was the son of a slave, Marie-Cessette Dumas, he was also the son of the Marquis Alexandre Antoine Davy de la Pailleterie. Thus, one must consider not only his color but also his class when considering his treatment in France.

His father essentially “pawned” his own fourteen year old son for 800 livre (roughly 6800 in modern USD) to finance his passage from America and redeemed the boy on arrival in France. Eventually, he and his father would settle in the fashionable suburb of Paris, Saint-Germain-en-Laye (Gallagher 12).

As a young son of a nobleman, Thomas Alexandre moved in fashionable circles, and I will focus on two particular instances: the Incident at the Nicolet Theatre and his courtship of his wife.

The Nicolet incident is one of my favorite stories, although I must admit that I am partial to Dumas père (the famous novelist, son of Thomas-Alexandre) version of events… the police report is much less colorful and both parties tell conflicting stories. As in all things, there is one side, the other, and somewhere between lies the truth.

>In the sworn statement he later gave the police, Thomas-Alexandre said the officer made “a thousand other indecent proposals” to the lady, all the while acting as though Thomas-Alexandre himself were invisible…When the lady answered that she did like Americans, the officer congratulated her, his voice dripping sarcasm, and proceeded to make jokes about her choice of escort.
>
>At that point Thomas-Alexandre addressed Titon directly,“Madame is respectable, please leave us alone,” he said. He turned to his date and advised her to ignore the man.
>
>Titon burst into loud, vicious laughter.“Madame!” he said. “I thought you were with one of your lackeys!”
>
>“But, my friend, we know what a mulatto is,” Titon said, addressing him directly for the first time. “In your country they put chains on your feet and on your hands. If you dare to say a word, I will have you arrested by the guard and taken to prison. You know who I am.”
>
>The manner in which he addressed Thomas-Alexandre showed the likely true purpose of his visit: not competition for a lady but to put the fancy colored man — a gallant about town with sword and fine waistcoat — in his place.
>
>Thomas-Alexandre replied that he felt contempt for everything the officer was saying, and that he knew “what” he was: a clerk in the war office at Versailles, according to what he had heard. Titon lost his temper. One of his men raised his cane to strike Thomas-Alexandre and shouted to a theater guard to have the mulatto arrested.
>
>Thomas-Alexandre tried to leave with his companion, but the officer blocked their path.Then the man’s confederates grabbed Thomas-Alexandre and, in a move that must have burned in his memory, tried to force him to kneel before his attacker and beg for his freedom. This was to be the consummation of their taunting: to make the man of color beg for pardon on his knees, with the white woman looking on.
>
>Titon called on the guards of the theater to help “arrest this mulatto,” and the guards asked him if he wanted Thomas-Alexandre taken away.
>
>According to his own written account, Thomas-Alexandre broke free of the guards and Titon and his men and returned to his box. Thomas-Alexandre writes that the lady fled the scene.
>
>Without his audience, Titon told the guards to release Thomas-Alexandre. But he was not quite finished with his game.“You are free! I give you pardon and you may go!” he called loudly, in a parody of manumission.
>
>At that point, a police marshal finally approached to take both men into custody for disturbing the peace. (Reiss 83-85)

Now read the same story, as told by the general’s son, Alexandre Dumas (of *Three Musketeers Fame*), which ends:

>A musketeer, who had recognised the lady from the orchestra, opened the box door and, without in any way asking leave, seated himself by her and began to enter into conversation.
“Pardon me, monsieur,” said the lady, interrupting him at the first words he uttered, “but I think you are not sufficiently aware that I am not alone.” “Who, then, is with you?” asked the musketeer.
“Why, that gentleman, of course,” replied the lady, indicating my father.
“Oh! pardon me!” said the young man; “I took monsieur for your lackey.”
This piece of impertinence was no sooner uttered than the ill-mannered musketeer was shot forth as from a catapult into the middle of the pit. This unexpected descent produced a great sensation. It was a matter of interest both to the falling body and to the people on whom he fell. In those days people had to stand in the pit, therefore there was no need for them to rise up; they turned to the box from which the musketeer had been hurled, and hooted loudly. At the same time my father, who naturally expected the usual sequel to such a proceeding, left the box to meet his enemy in the corridor. But instead he found a police constable, who touched him with an ivory-headed ebony baton and informed him that by order of the marshals of France he was attached to his person. (Dumas)

This incident alone shows just one of the racial insults Thomas-Alexandre endured. I’ll write more later, but I hope this was helpful.

Maurois, André and Gerard Hopkins. *The Titans: A Three-Generation Biography of the Dumas.* Harper Brothers, 1957