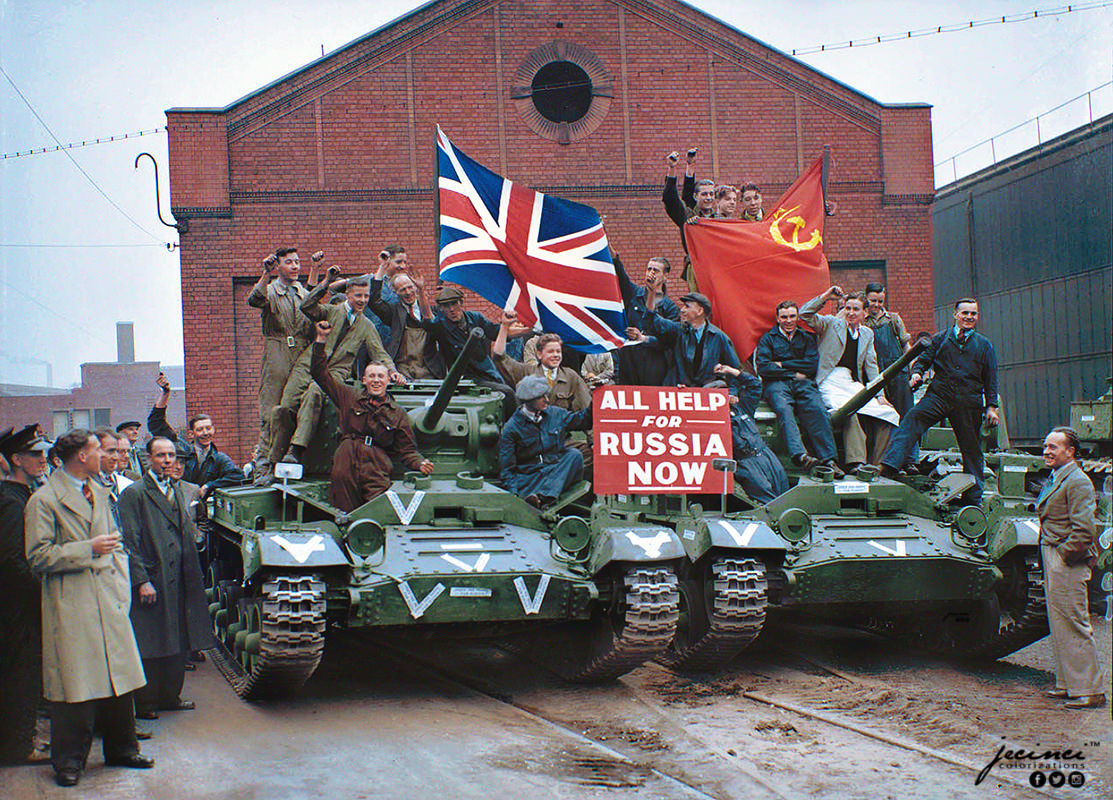 I love the story of Soviet soldiers in WW2 being asked what they thought about all the help they were receiving in terms of vehicles etc from Britain and North America. The soldiers denied that the Soviet Union had received any help and that, in fact it was the other way round, and that it was Soviet vehicles etc being sent to the West. When asked how, then, they could explain that everything on their jeep and truck and engines was written in English, they replied that these had been manufactured in Russia but were for export.

Previous Post: « “All you need is the plan, the road map, and the courage to press on to your destination.” Earl Nightingale
Next Post: Wiring an IBM computer, c. 1958 »