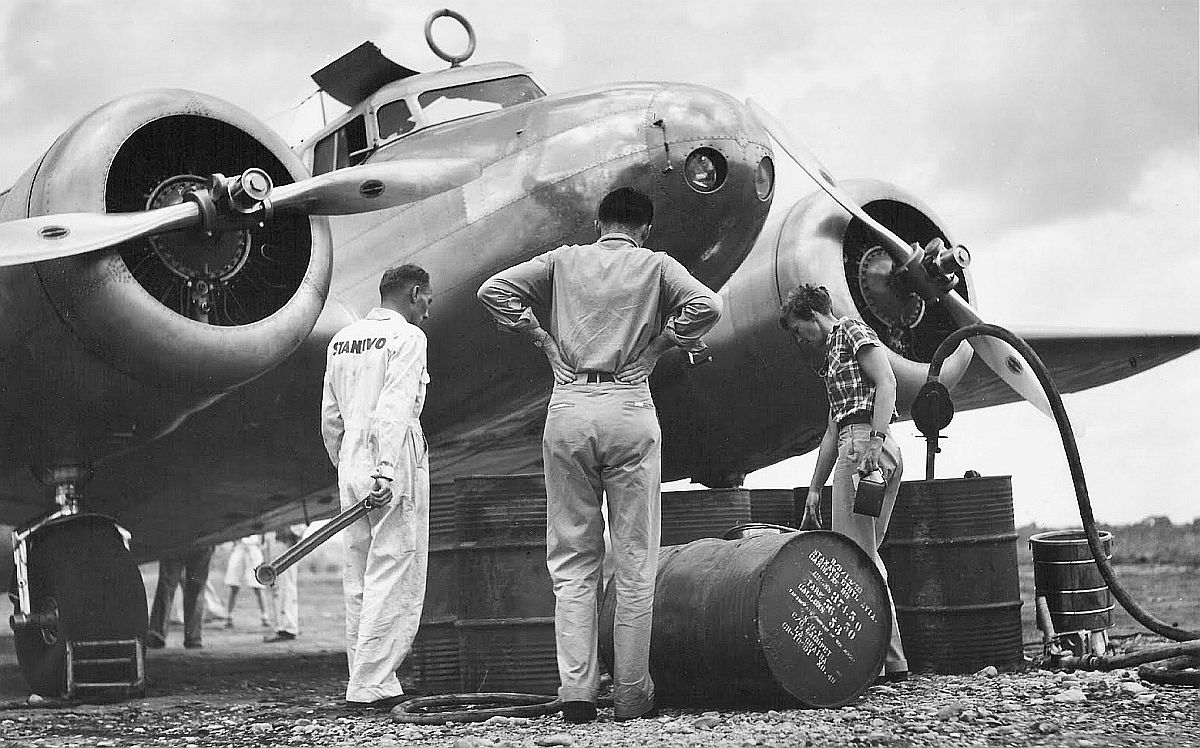 The Aircraft She Flew On Her Attempted Flight Around the World

The Lockheed Electra Model 10 is most famous as the aircraft that Amelia Earhart flew on her attempted around-the-world flight in 1937. As most people know, the aircraft disappeared somewhere over the Pacific Ocean with Amelia and her navigator, Fred Noonan. The location of Amelia’s Electra remains a mystery still today.

In 1932, with the expertise of renowned engineer Clarence “Kelly” Johnson, the Lockheed Aircraft Corporation designed the Lockheed Electra 10A, a state-of-art-machine for its time.

Lockheed intended for the aircraft to be used ​commercially, and it could hold up to 10 passengers with a two-person crew. The Model 10 (not to be confused with the Electra L-188, a turboprop that came much later) was first flown in 1934, just 3 years before Amelia Earhart’s famous last flight.

Airlines that operated the Lockheed Model 10 Electra include Northwest Airlines, Braniff Airlines, Continental Airlines, Delta Airlines, Eastern Airlines, and National Airlines. The Model 10 Electra was flown by many international airlines, including operators in Brazil, Mexico, New Zealand, Canada, Australia and the U.K. The military also favored the Electra. Argentina, Brazil, Canada, Spain, and U.K. militaries, as well as the United States military, had Electra Model 10 aircraft in their fleets.

The Design
The Model 10 Electra was a twin-engine all-aluminum aircraft with retractable landing gear, variable-pitch propellers, and twin tail fins and rudders.

The Lockheed Aircraft Corporation designed multiple variants of the Electra Model 10, ranging from the Model 10A to the Model 10E. The 10E model was given a more powerful engine and was the model flown by Amelia Earhart on her around-the-world flight attempt.

The Electra was meant to compete better with other popular aircraft that were entering airline service around the same time period.

The Model 10 Electra was smaller and cheaper to operate than competing aircraft made by Boeing and Douglas. As one of the first multi-engine aircraft used in the airlines, it did fairly well in a market flooded with single-engine aircraft.

Famous engineer Clarence “Kelly” Johnson completed the wind tunnel testing for the Model 10 Electra and was responsible for the addition of the extra tail fin on the aircraft, which became a distinctive feature on Lockheed aircraft. Johnson then went on to take part in the designs of aircraft such as the U-2 and SR-71.

Performance and Specifications
Engines: The 400 horsepower Pratt & Whitney R-985 engine was installed on the Model 10A aircraft, and the 10E had the more powerful 600 horsepower Pratt & Whitney R-1340 Wasp SH31 engines.
Cruise speed: 190-194 mph
Max Speed: 202 mph
Range: 619 nm
Service Ceiling: 19,400 feet
Empty Weight: 6454 lbs
Length: 38 ft 7 in
Height: 10 ft 1 in
Amelia’s NR16020 Modifications
Amelia Earhart took delivery of her Model 10E Electra on her 39th birthday. It was given the registration number NR16020, and would be the airplane she’d fly around the world. For her attempt at circumnavigating the globe, she modified the aircraft dramatically for a long-haul flight.

Fuel tanks were added to the wings and fuselage to accommodate for longer trip legs. After the modification, there were six fuel tanks in the wings and six in the fuselage. This allowed her to carry 1,150 gallons of fuel, enough for over 20 hours of flight time at normal cruise.

The aircraft was also equipped with better radio equipment for Amelia — a brand new Western Electric radio and a Bendix radio direction finder, which were high-tech gadgets for the time period. One final modification included the addition of a Beat Frequency Oscillator (BFO) for Morse code capability.

Experts speculate that Amelia may have been under-educated regarding this new equipment, and ultimately may have caused her demise.

There are only a few Electra Model 10 aircraft left today. Most are on display at museums.

« Man decided to push a woman and gets justice served by her friends
In 1948, police escort people past the site of an unexploded 1,000 kg bomb dropped in 1941, outside University College Hospital, London »