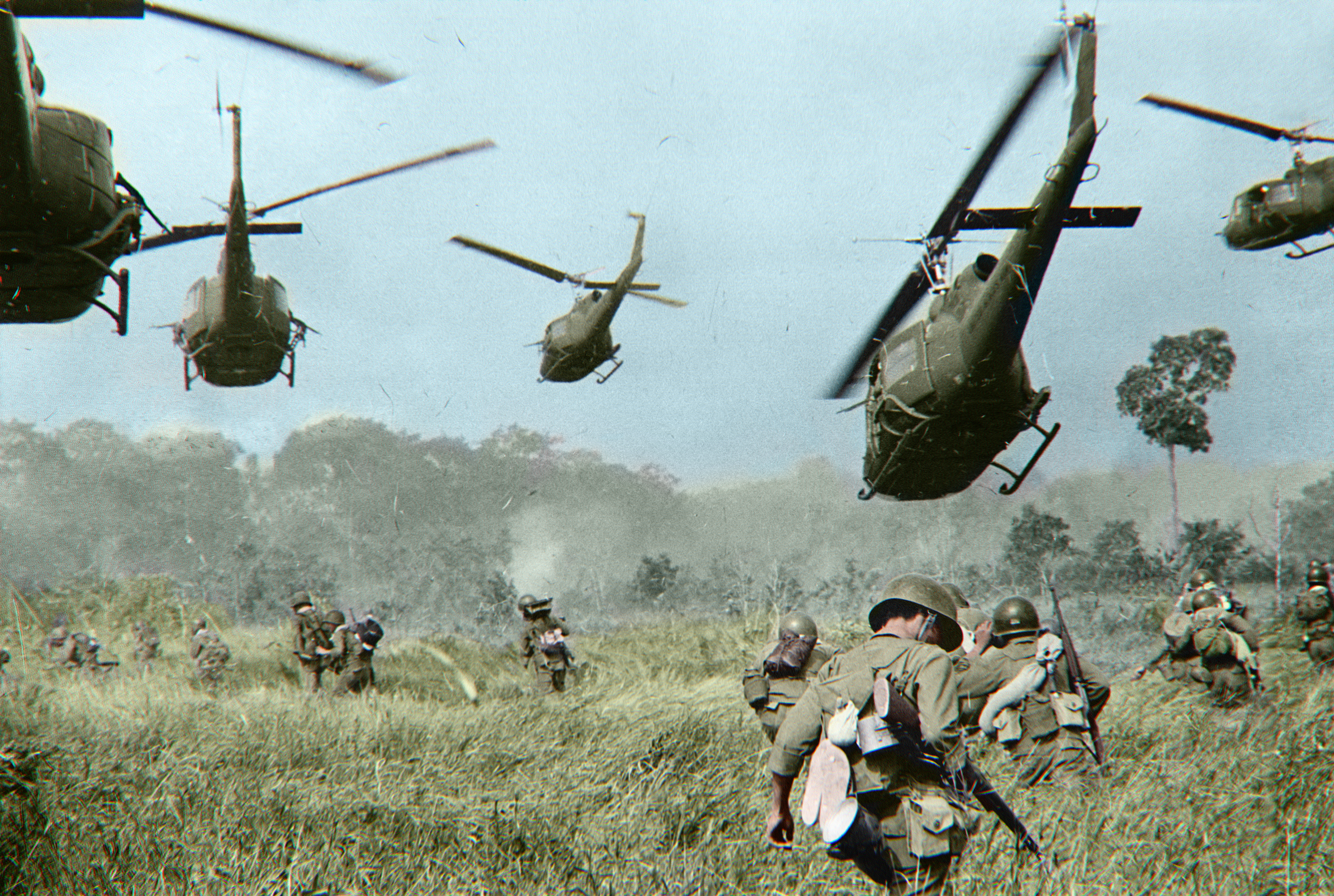 Dittybopper: I believe those are vietnamese troops. I say that because a couple of them are carrying “rice tubes” strung over their shoulders, look below the middle right chopper (second one from the right) for one example. Rice tubes are cloth tubes filled with either cooked or raw rice, their rations. Both the VC and ARVN troops used them, US troops never did. Note too the panchos carried on top of the packs, american troops carried those on their utility belts or lashed below their packs, not behind their necks. Also, while it is quite difficult to date the photo, I would say 1965-66, or around there. One way to date it would be getting a look at the flash hiders on their M16’s, but I can’t make any out in any detail.

As to the question “would the choppers fly so close…” Yes, not uncommon. They are lifting out of the drop zone, perhaps to return for another load of troops, or to simply return to their base.

OmniaMors: Not a pilot, but I didnt think us doctrine wanted helos that close because those in the middle would hit recycling vortices and lose lift. Was this a special case? Is it an illusion from the photog using a telephoto?

caesar315: Maybe Kennedy-era involvement? Early 60s? The way the troops are outfitted seems like this is a Dan Carlin ‘historical estuary’ period, where vestiges of the Korean War can be seen.

bzero625: That’s a photo by Horst Faast. Taken in March 1965. And those are South Vietnamese troops, 18 miles north of Tay Ninh, Vietnam. Near the Cambodian border. (and probably shot with a Leica cam and a 35mm lens)