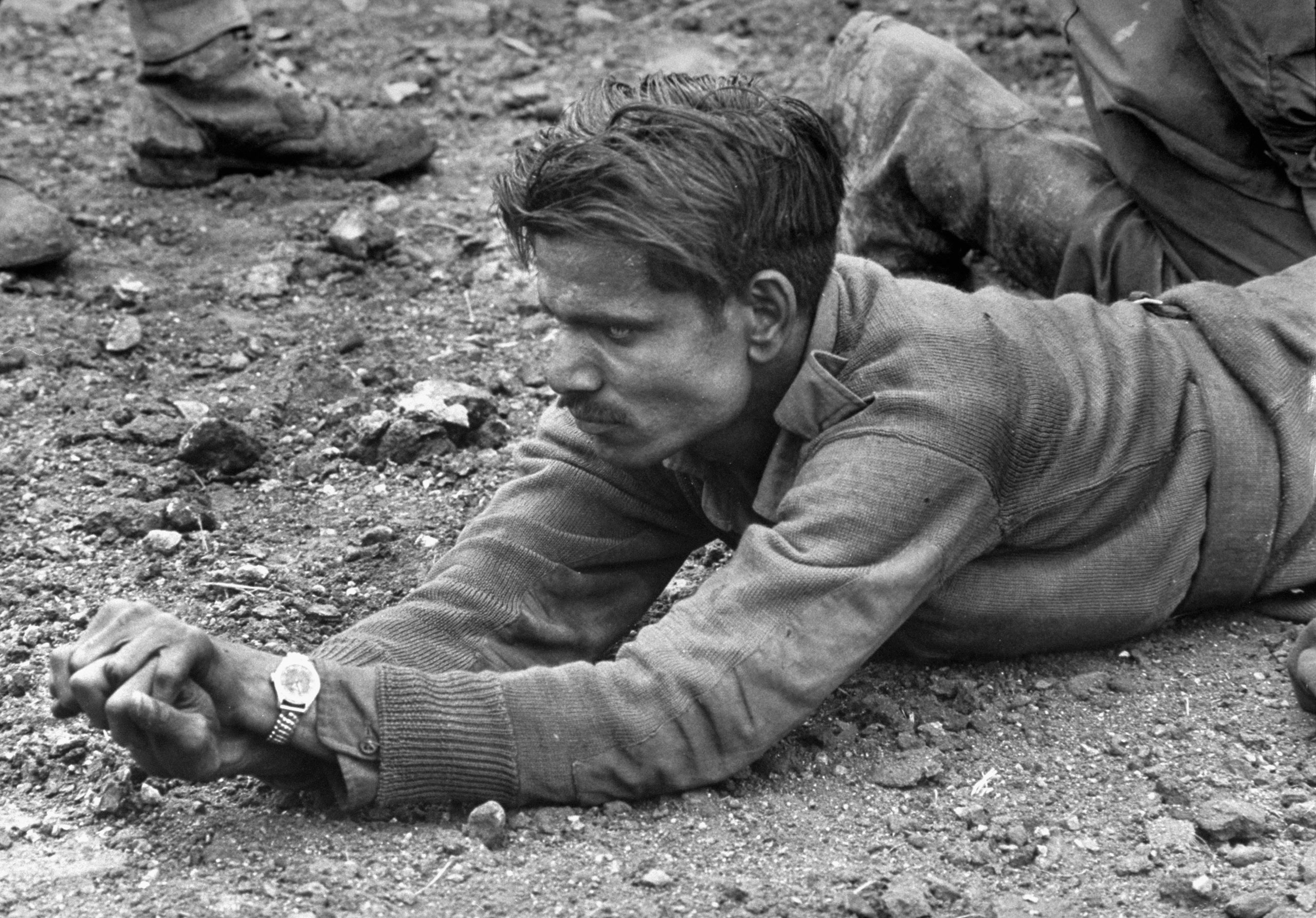 burntends97: Were there even Indians involved with Korea? Seems like they’d rather not get involved now that they had their independence

BjornEnyaUlysses: I don’t know why I’ve seen so many Indian war photos on Reddit, today, but I appreciate them. The subcontinent provided major forces throughout the 20th century, but they’re often overlooked due to their status in the British Empire.

Anyone have a good Ghurka photo to share? Those guys blow my mind.

50calPeephole: Weird fact- In studies battlefield injuries are perceived to hurt less than their civilian life counterparts, this is because there is (or at least used to be) a relief factor of knowing one is going home after receiving such an injury.

Previous Post: « A synagogue on fire in Hanover during Kristallnacht, 1938.
Next Post: Air India flight attendant aiding a passenger on a Delhi-Bombay flight 1946 »