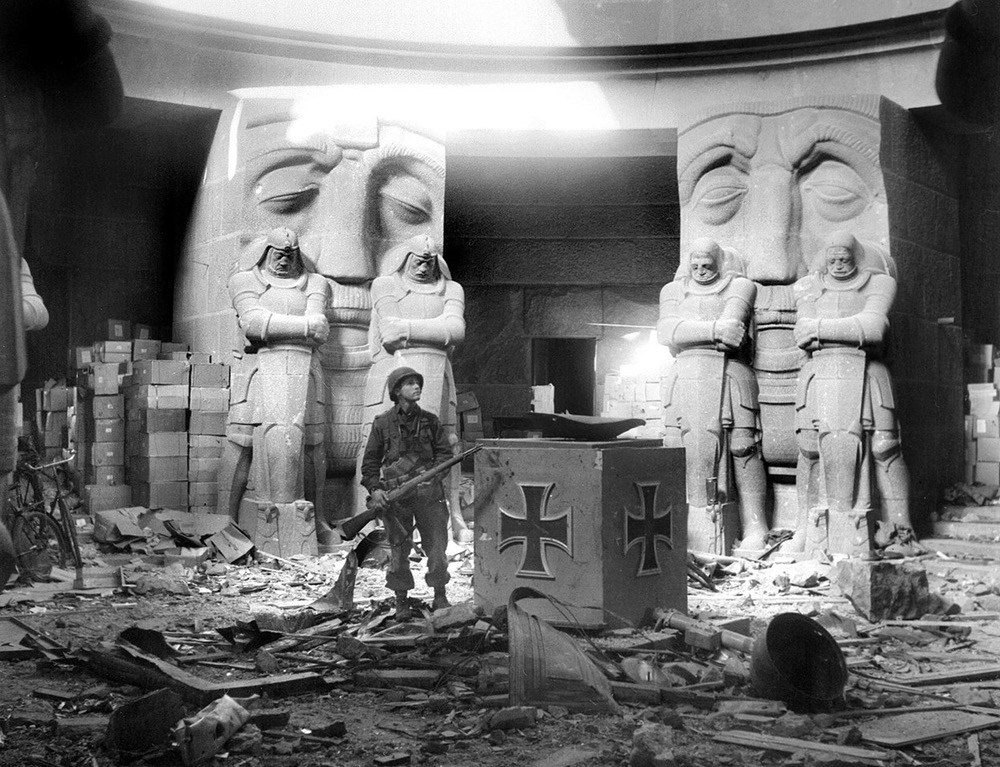 A U.S. soldier stands in the middle of rubble in the Monument of the Battle of the Nations in Leipzig after they attacked the city on April 18, 1945. The huge monument commemorating the defeat of Napoleon in 1813 was one of the last strongholds in the city to surrender. One hundred and fifty SS fanatics with ammunition and foodstuffs stored in the structure to last three months dug themselves in and were determined to hold out as long as their supplies. American First Army artillery eventually blasted the SS troops into surrender. [Source](https://www.theatlantic.com/photo/2011/10/world-war-ii-the-fall-of-nazi-germany/100166/) (photo 34)