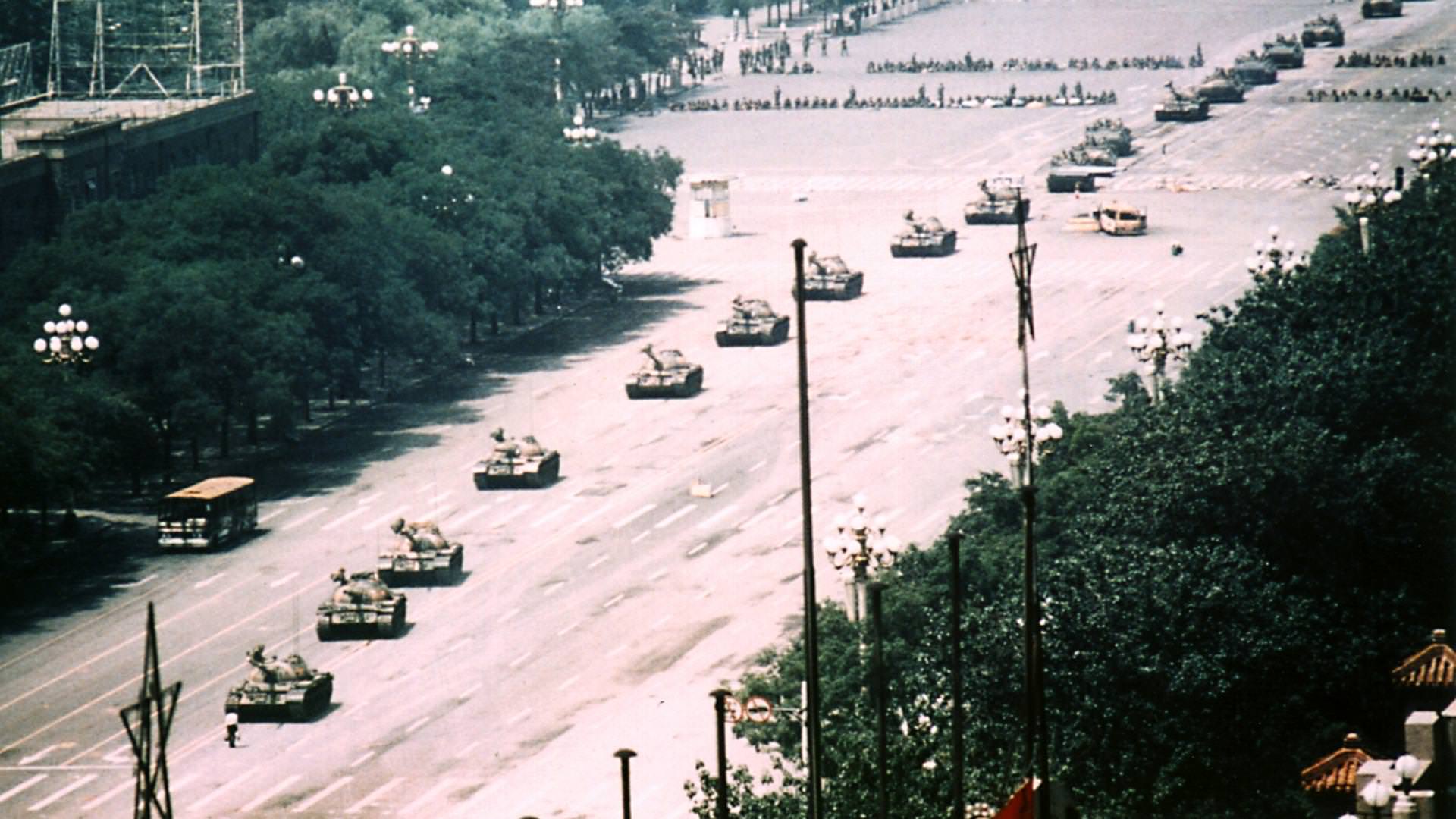 omniv0rous: The act of one man against the might of an army. Never underestimate the power of humanity.

repete66219: I love the Tank Man. What a photo! I strongly recommend watching the [Frontline program](https://www.pbs.org/wgbh/pages/frontline/tankman/) on this.

BoinkBoinkEtAliae: Why don’t you ask the kids at Tienanmen Square, was fashion the reason why they were there?

Spoon_91: It’s more impressive considering the massacre was the night before, they were heading back to finish up the job when he stood in their way

>Tank Man is the nickname of an unidentified man who stood in front of a column of tanks on June 5, 1989, the morning after the Chinese military had suppressed the Tiananmen Square protests of 1989 by force. As the lead tank maneuvered to pass by the man, he repeatedly shifted his position in order to obstruct the tank’s attempted path around him. The incident was filmed and seen worldwide…

>More than 28 years after the incident, there is no reliable information about the identity or fate of the man; the story of what happened to the tank crew is also unknown.

Lawdoc1: The man was obviously heroic, but why wouldn’t the tanks behind the first one just drive around the first tank and the man? Presumably he could only really block one at a time.