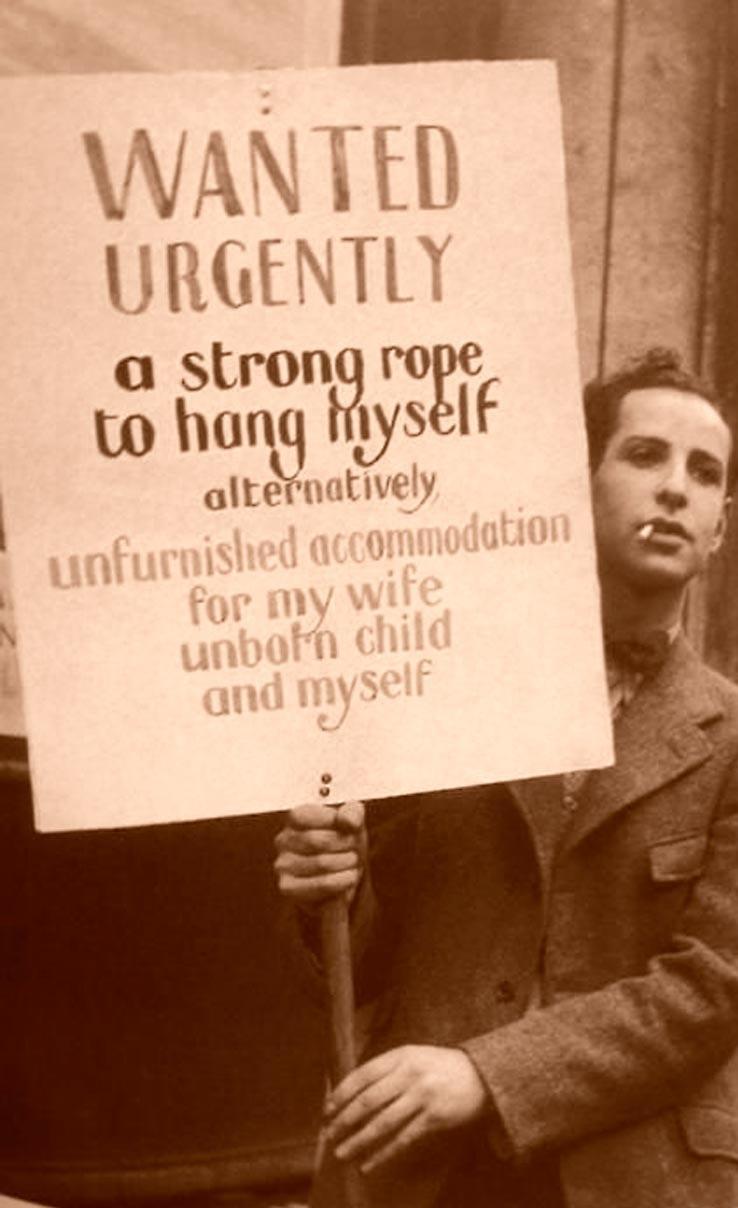 Great Depression in the United States

The Great Depression began in August 1929, when the United States economy first went into an economic recession. Although the country spent two months with declining GDP, it was not until the Wall Street Crash in October 1929 that the effects of a declining economy were felt, and a major worldwide economic downturn ensued. The market crash marked the beginning of a decade of high unemployment, poverty, low profits, deflation, plunging farm incomes, and lost opportunities for economic growth and personal advancement. Although its causes are still uncertain and controversial, the net effect was a sudden and general loss of confidence in the economic future.

The usual explanations include numerous factors, especially high consumer debt, ill-regulated markets that permitted overoptimistic loans by banks and investors, and the lack of high-growth new industries,[2] all interacting to create a downward economic spiral of reduced spending, falling confidence and lowered production.

Industries that suffered the most included construction, agriculture as dust-bowl conditions persisted in the agricultural heartland, shipping, mining, and logging as well as durable goods like automobiles and appliances that could be postponed. The economy reached bottom in the winter of 1932–33; then came four years of very rapid growth until 1937, when the Recession of 1937 brought back 1934 levels of unemployment.

The Depression caused major political changes in America. Three years into the depression, President Herbert Hoover, widely blamed for not doing enough to combat the crisis, lost the election of 1932 to Franklin Delano Roosevelt in a landslide. Roosevelt’s economic recovery plan, the New Deal, instituted unprecedented programs for relief, recovery and reform, and brought about a major realignment of American politics.

The Depression also resulted in an increase of emigration of people for the first time in American history. For example, some immigrants went back to their native countries, and some native US citizens went to Canada, Australia, and South Africa. It also resulted in the mass migration of people from badly hit areas in the Great Plains and the South to places such as California and the North, respectively (see Okies and the Great Migration of African Americans).[5][6] Racial tensions also increased during this time. By the 1940s immigration had returned to normal, and emigration declined. A well-known example of an emigrant was Frank McCourt, who went to Ireland, as recounted in his book Angela’s Ashes.

The memory of the Depression also shaped modern theories of economics and resulted in many changes in how the government dealt with economic downturns, such as the use of stimulus packages, Keynesian economics, and Social Security. It also shaped modern American literature, resulting in famous novels such as John Steinbeck’s The Grapes of Wrath and Of Mice and Men.

There are multiple originating issues: what factors set off the first downturn in 1929, what structural weaknesses and specific events turned it into a major depression, how the downturn spread from country to country, and why the economic recovery was so prolonged.

Banks began to fail in October 1930 (one year after the crash) when farmers defaulted on loans. There was no federal deposit insurance during that time as bank failures were considered quite common. This worried depositors that they might have a chance of losing all their savings, therefore, people started to withdraw money and changed it into currency. As deposits taken out from the bank increased, the money supply decreased because the money multiplier worked in reverse, forcing banks to liquidate assets (such as call in loans rather than create new loans.)[8] This caused the money supply to shrink and the economy to contract and a significant decrease in aggregate investment. The decreased money supply further aggravated price deflation, putting further pressure on already struggling businesses.

The US government’s commitment to the gold standard prevented it from engaging in expansionary monetary policy.[clarification needed] High interest rates needed to be maintained, in order to attract international investors who bought foreign assets with gold. However, the high interest also inhibited domestic business borrowing.[citation needed] The US interest rates were also affected by France’s decision to raise their interest rates to attract gold to their vaults. In theory, the U.S. would have two potential responses to that: Allow the exchange rate to adjust, or increase their own interest rates to maintain the gold standard. At the time, the U.S. was pegged to the gold standard. Therefore, Americans converted their dollars into francs to buy more French assets, the demand for the U.S. dollar fell, and the exchange rate increased. The only thing the US could do to get back into equilibrium was increase interest rates.