According to Conservative columnist Ann Coulter,

Over half of the recent mass shootings are conducted by 1st and 2nd generation immigrants, according to data compiled by Ann Coulter. 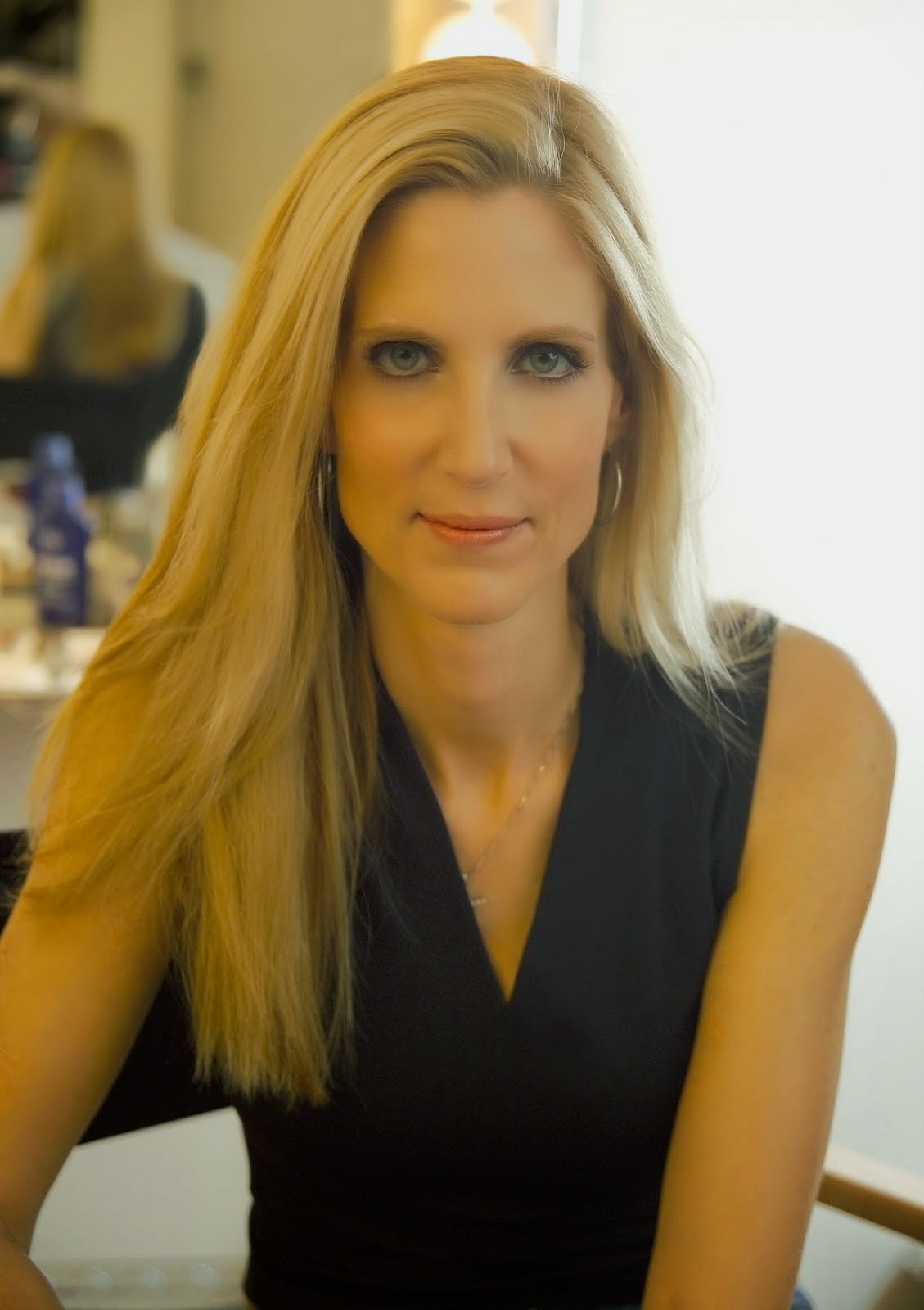 According to Coulter, a staggering 2 million unvetted third world immigrants have overstretched the FBI to breaking point, forcing them to contend with “Watch Lists” comprising nearly 2 million people.

Anncoulter.com reports: In 2015, Director James Comey said that there were ISIS investigations in all 50 states — even Idaho and Alaska! And that’s just one terrorist organization.

Maybe the FBI brass would still be a bunch of incompetent, PC nincompoops if we weren’t dumping millions of psychotic and terrorist foreigners on the country. But even the most efficient organization would have trouble keeping track of the Nikolas Cruzes when our immigration policies require approximately one-third of the country to be constantly watching another third of the country.

Thanks to our Second Amendment, the United States has fewer mass shootings per capita than many other developed countries, including Norway, France, Switzerland, Finland, Belgium and the Czech Republic. (And 98 percent of our mass shootings occur in “gun-free zones.”)

But imagine if we could cut our mass shootings in half?

There have been about 34 mass shootings since 2000. Forty-seven percent — 16 — were committed by first- and second-generation immigrants, i.e. people who never would have been here but for Teddy Kennedy’s 1965 immigration act.

And the immigrant mass shootings have been some of the most spectacular ones, such as Fort Hood and San Bernardino. Two of the deadliest mass shootings in U.S. history, at Virginia Tech in 2007 and at the Pulse Nightclub in 2016, were committed by first- and second-generation immigrants, i.e., people who were in this country because Teddy was pouting in his room and refused to come out until he got his own legacy.

(Excluded from both lists: the Las Vegas shooting, because law enforcement has released nothing but lies about it, so that shooting remains unclassifiable; family dispute shootings; targeted assassinations of police officers; and shootings on Indian reservations.)

Here’s the list of immigrant mass shootings, defined as a shooting at the same general time and location, not during the commission of another crime, that leaves at least four people dead — i.e. no gangland shootings, no “man kills family, then self” and no drug deals gone bad.

On account of the Rule of Journalism that permits the word “immigrant” to be used only in sentences with the word “valedictorian,” you may not have heard of some of these mass shootings at all.

1) Omar Mateen, son of Afghan immigrants, killed 49 people at the Pulse nightclub in Orlando on June 12, 2016.

5) Second-generation Malaysian immigrant Elliot Rodger killed six people on May 23, 2014, around the campus of the University of California, Santa Barbara.

6) Second-generation immigrant John Zawahri opened fire at his Southern California home and later at the campus of Santa Monica College on June 7, 2013, killing five in all. (The New York Times never mentioned that he was the child of Lebanese immigrants. The Times didn’t even mention that his father used to beat up his mother, despite that paper’s usual heightened interest in stories about men being mean to women.)

First- and second-generation immigrants have committed more than 40 percent of all mass shootings since 2000. I know we’ve been admitting Third World immigrants at a breakneck pace, but I don’t think immigrants make up nearly half the population yet.

Once we exclude the immigrant mass shooters, a clearer pattern emerges. The typical American perpetrator is a young man with paranoid schizophrenia — or, as we’re now euphemistically calling it, “autism” — probably exacerbated by pot, a deadly combo platter.

An immigration moratorium and widespread deportations would not only cut mass shootings in half, but it would also free up the FBI’s time to focus on these delusional young men with the terrifying stare, who hear voices no one else hears.

Here is a response to Ann Coulter: –

Omar Mateen, Christopher Harper-Mercer, Seung-Hui Cho, Muhammad Youssef Abdulazeez, Salvador Tapia, Sulejman Talovic. This is a small list of the shooters listed by Ann Coulter. What do they have in common? Yes they are immigrants (several were citizens). What else? They all had some history of mental illness, drug abuse and/or domestic violence. These are all conditions that a large portion (60% according to some) of Americans want to restrict gun access to. Talovic was only able to obtain a handgun due to a “pawn shop” loophole. A loophole that needs to be closed Ann.

Ann is right, we have less mass shootings per capita than some other developed countries, but we top the charts (mostly top ten) for homicides and suicides using firearms. We have way more guns than other folks too, more than one per person. But I don’t know any liberals that have said we have the most mass shootings, they mostly just want the deaths to stop. So who were you correcting here Ann?

So should we slow immigration? Maybe, but from where? Most of the immigrants to USA recently have been from India, after that is China. And how many generations does it take to not be a danger? Hasan was born in Virginia for example. Maybe it takes the third generation to be “safe?”

The issue here is deeper Ann, and I find that when you yell immigration, you are misleading people onto a useless and dangerous path. 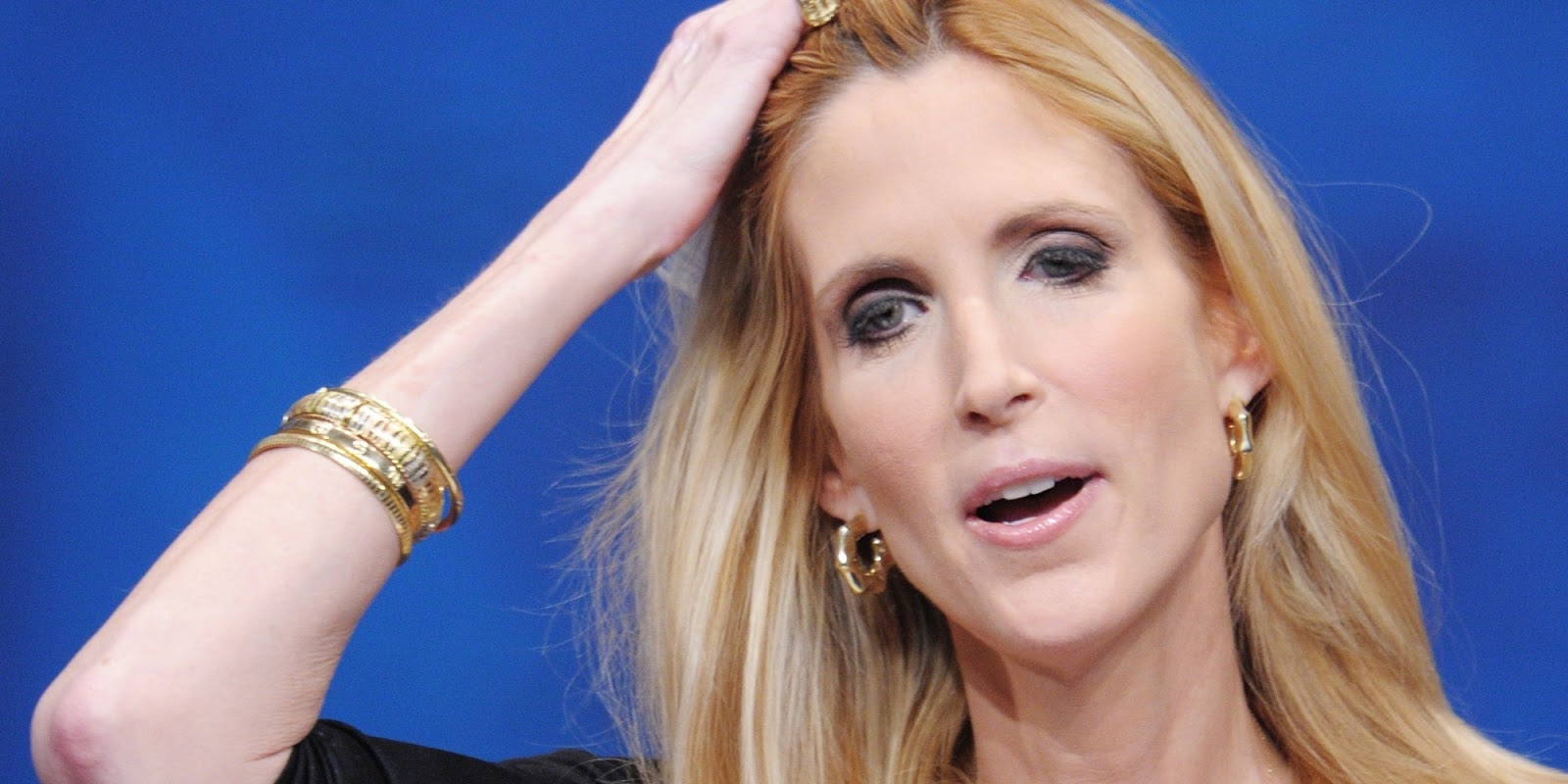 Ann Hart Coulter is an American conservative social and political commentator, writer, syndicated columnist, and lawyer. She frequently appears on television, radio, and as a speaker at public and private events. Wikipedia

Quotes
I think there should be a literacy test and a poll tax for people to vote.
If we’re so cruel to minorities, why do they keep coming here? Why aren’t they sneaking across the Mexican border to make their way to the Taliban?
Usually the nonsense liberals spout is kind of cute, but in wartime their instinctive idiocy is life-threatening.

Previous Post: « She tried to cancel her Uber ride half way through the trip. Driver catcher her.
Next Post: A Kriegsberichter (war correspondent) holding an Arriflex 35 2 1942 camera 35mm ACR 0292 and he is leaning against a knocked out Soviet BT-5 light tank. c.1940/41. »