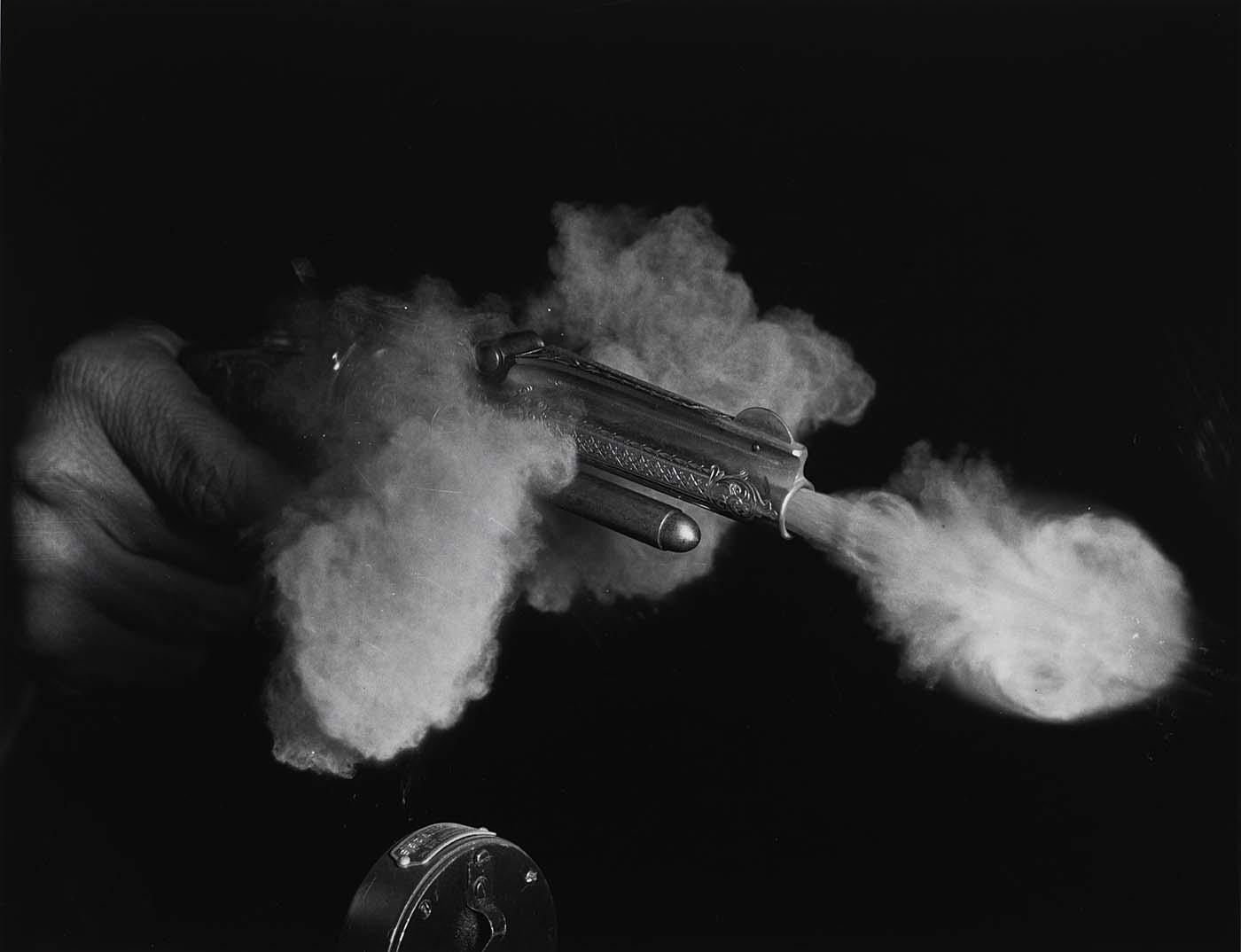 Harold E. Edgerton was an early pioneer of high-speed camera technology. His Rapatronic camera could capture a still image with an exposure time of just ten billionths of a second. This capability allowed scientists to photograph and study the milliseconds immediately after ignition during nuclear tests; one such photograph can be found **[here](https://redd.it/78ujsi)**.

Doc Edgerton’s work was fantastic. Essentially what you did was get a really dark room, set up the camera with the shutter open and have the action trigger a sub-microsecond flash. For the bullet pics, normally you would use a sound trigger. I imagine that the thing in the bottom of the frame here is a microphone.

In reality, though, this isn’t such a great example of his work. Sure, there’s a bunch of smoke, but you don’t really get the full impression of the time-stopping power of his technique that you do in [other examples of his work](http://ichef.bbci.co.uk/wwfeatures/live/624_351/images/live/p0/23/db/p023dbfh.jpg)

To people who have actually tried high speed photography, probably the most impressive photo he did was his [milk drop coronet](http://dujye7n3e5wjl.cloudfront.net/photographs/1080-tall/time-100-influential-photos-harold-edgerton-milk-drop-coronet-47.jpg). The bullet stuff, once you have the equipment, is fairly trivial. Even lining up [a bullet cutting a playing card](https://people.rit.edu/andpph/photofile-c/bullet-queenheart-1b.jpg) is a matter of a few minutes, but capturing a full corona from a milk drop takes much more patience and perserverence. The milk almost always will form an incomplete or asymmetric corona, and it’s very unpredictable. Edgerton’s photo took him years of trying to have it come out so perfect.

Previous Post: « Father-daughter- Iraq 1980
Next Post: “If you are willing to look at another person’s behavior toward you…” Yogi Bhajan »