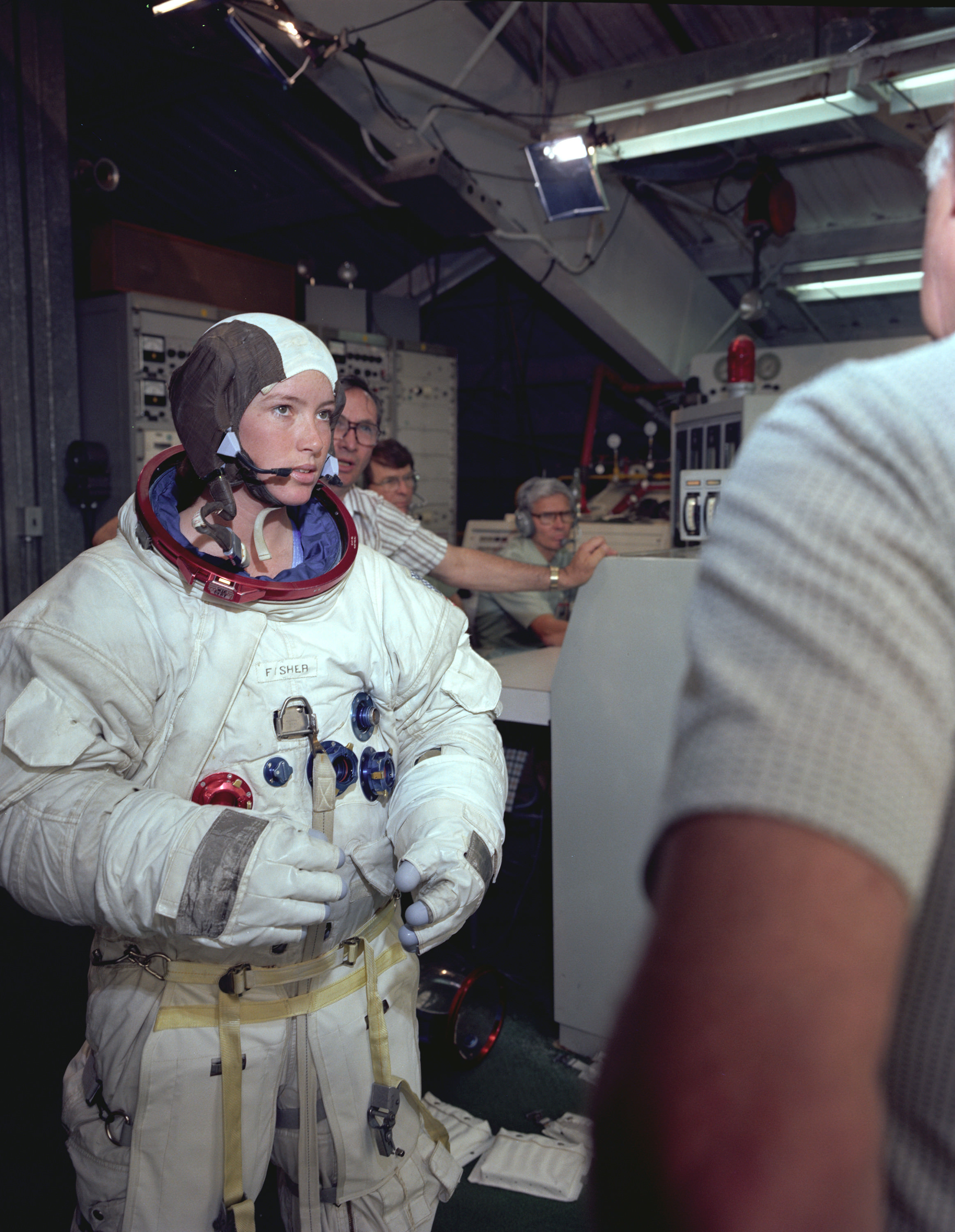 panzerkampfwagen: The HST was supposed to be launched in 1983 but it was delayed until 1990 and it was f–ked.

__Overlord: Why an Apollo space suit if i may ask?

kit_kat_88: Jennifer Lawrence looks just like her! That could be her next role!!!!

_ElBee_: Apparently, this photo is part of a series by photographer [John Bryson](https://en.wikipedia.org/wiki/Anna_Lee_Fisher#Iconic_photograph). One of the photos, of Fisher in an *en profile* suit and helmet, while she looks at the camera from within the suit, has become somewhat of a pop culture icon.