First thing first, Bitcoin is no longer a “free” currency?

How the Bilderberg Group, the Federal Reserve central bank, and MasterCard took over Bitcoin BTC.

bobroberts87: Excellent theory – Got sources to back up these claims?

Euro-African-Asia: This is a clear push to switch to their (r/btc) shitcoin which is Bitcoin Cash, not Bitcoin. r/btc constantly attacks Bitcoin with this kind of rubbish, in an attempt to push Butcoin Cash.

Fartinahoseandjarit: I know the CEO of MasterCard. He’s dope. Super nice, globalist though. His goal is to get rid of cash and anonymized currency and aim for global use of traceable income because it makes it hard for criminals to move money (it doesn’t). So it’d be weird to see them invest in BTC specifically.

Bipolarruledout: This is the most aburd thing yet. BTC fees are expensive because it’s backed by the largest supercomputing network the world has ever seen. You don’t get to use it for free.

The bitcoin civil war is not about block size; it’s about freedom vs. authoritarianism 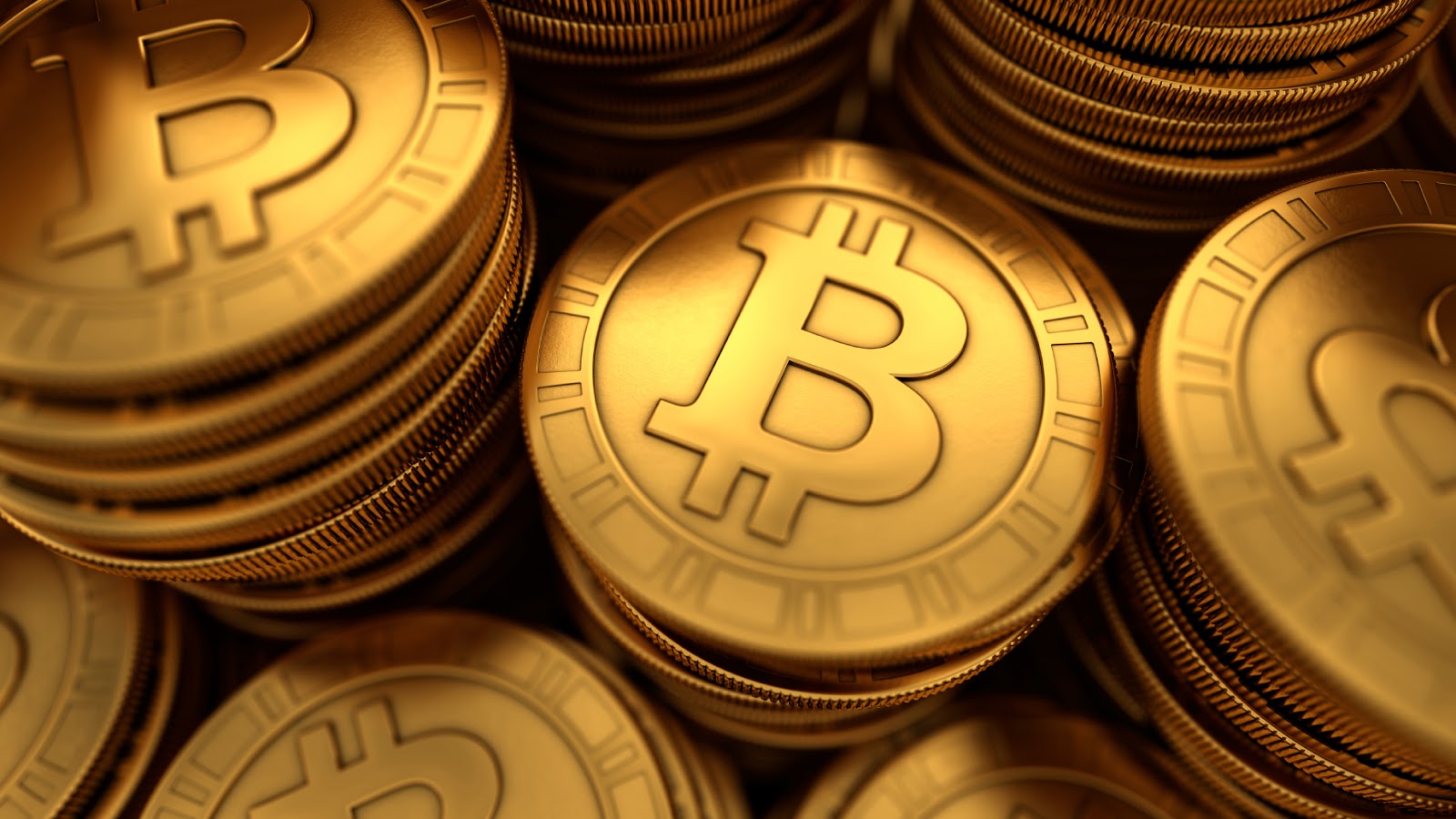 Thankfully I have a large IOTA stash to be ready for the coming time, when the hidden hand & eye reveals itself to the world.

But I won’t take the microchip haha

ConspiracyAccount: Let’s be realistic for a moment and acknowledge that, while most of those ideals are nice, most are just in it as part of a get-rich-quick scheme. It would have failed a long, long time ago if it weren’t.

Killing too birds with one stone ain’t half bad, though.

If you’re spectating and holding for profits rather than investing in the essence of the original technology it’s great news. Otherwise, a different cryptocoin should be something to look into.

RickC138: Both Bitcoins will fall to obscurity. Raiblocks is the future (nevermind that it sounds like a lego ripoff)

mennitti: $.02. It is a one world currency which will likely be controlled by the Rothschilds, since chipping people no longer seems a realistic possibility. Someone, somewhere, would control the system.

tzitzit: No, it’s about creating a Hegelian dialectic that tricks you into supporting their new cashless technology.

Feather_Toes: Yeah, but block size has an effect on which one we end up with.

Hermaphrotitties: Don’t like the current banking system with all the regulations, FDIC insurance and oversight? Invest in anonymous foreign controlled systems that surely have your best interest at heart.

migshark: If you run bitcoin into the ground with shitty transaction support and grid-crippling power usage, *that* will derail all crypto and solidify the positions of central banks. You might buy stocks in an airline without knowing how planes fly, but a lot of investors in crypto are actively trying to make them crash out of ignorance.

On this day in 1913 Woodrow Wilson signed every American in perpetuity into economic slavery with the signing into law of the Federal Reserve Act. misterlumlum: Bitcoin and crypto are hopefully the solution out, Peer 2 Peer networks

T0mThomas: While at one point I agreed with this sentiment, I’ve started to change my mind on this.

I’m not sure there’s anything wrong with a central bank. In fact, it’s one of the only ways a society can *ensure* the constitutional powers of money creation are awarded solely to the people’s government.

Of course the Federal Reserve does no such thing, which makes it a failure by design and not necessarily a failure as a core concept.

When a private bank uses its reputation to lend money it doesn’t have so that it can collect interest payments on funds that don’t exist, I call this fraud and a constitutional violation, while they call it “fractional reserve banking”.

This is the major problem in Western economics today. It’s a problem that a properly designed and well functioning central bank can go a long way to fix. First and foremost by prosecuting private entities that create new money loans for being the fraudsters they are, and secondly by running a constitutionally-awarded monopoly on new money loans and credit evaluation services – relegating branch banks to being simple brokers for these loans on behalf of the central bank.

The_In-Betweener: [I have found you can find happiness in slavery](https://www.youtube.com/watch?v=4RWTV1iL0bw)

The real reason Bitcoin is skyrocketing and why CME is launching Bitcoin futures on Dec 18, 2017. Someone is close to building a real quantum computer.

We will soon see someone become the fastest trillionaire in history. Why you ask? Because Quantum Computing can defeat Bitcoin’s SHA256 blockchains. http://www.newsweek.com/quantum-computers-kill-bitcoin-cryptocurrency-509053

The reason we place so much trust in Bitcoins is because right now, it would take a typical PC 3.17*1064 years to brute force a wallet. This pretty much translates into never. But quantum computing changes the game. Soon, due to quantum computers, 256bit encryption schemes will become easily crackable.

Okay, now here’s the part that gets tricky. The thing is, YOU don’t have to actually have a bitcoin to make this contract with me. So what would that look like? Say you agree to sell me 1 bitcoin in 1 month at $15,000. Let’s say the price of bitcoins at that date is $10,000. You just made $5k in profit. Why? Because you just have to go on the web, buy a bitcoin at $10k and sell it to me for $15k. Bam. $5K profit. On the other hand, say the current market price of bitcoins are $20k. Well, now you are out $5,000. You have to go to the web and buy a bitcoin for $20k and sell it to me for $15k. Loss of $5,000. Congratulations. You now know what “shorting the futures market” means. It’s simply selling something you don’t own in the hopes that prices will be cheaper when you actually have to deliver.

Alright, now we know how futures work. So what’s this got to do with the real bitcoin market?

We’ve all seen the dramatic rise in the value of bitcoin this year. It’s astronomical. Why is this happening? There are literally 100 reasons people will give you for why this is happening. And the truth is, all of them are plausible. But here’s what I think. I think someone, or some govt, is driving up prices for a specific reason. To short the bitcoin market using futures.

What makes bitcoins secure? What makes your wallet that you have on your harddrive or USB drive secure? SHA256 bit encryption. The specifics of this encryption is beyond the scope of this post but suffice to say that it would take a long ass time to try to bruteforce guess the password. What would happen if that password could be broken in a matter of week? Simple. Every blockchain currency, as well as all passwords you use, will become crackable. Now, most servers, such as your bank’s or your business, have a safeguard against this. They only allow something like 5 attempts to be made before they let you try again. But what about bitcoins? Umm,…. nope. You can bruteforce attack bitcoin wallets as much as you’d like simply because bitcoin wallets don’t exist on your computer. It exists in the ledger which everyone has access to. You only have the password that allows you access to that particular entry on the ledger that proves that you have such and such amount of bitcoins.

So, if you develop a computer that can crack SHA256 encryption in a matter of weeks, how would you use that to make money? Simple. Short the hell out of bitcoin futures. Then release the news that you have a computer that’s able to crack SHA256. Bam. The value of bitcoin goes to ZERO. No, I’m not exaggerating. The value will literally go to zero. You just made more money than anyone in history in the shortest amount of time.

Now, this isn’t all speculation. You can prove me wrong by observing the price of the CME futures over time once it starts trading. Selling large amounts of futures will drive the price of the futures down and they will trade below market price (current price). So, even tho 90% of the people think the price of Bitcoins will go up, it could trade at prices lower than the current market price. This will mean that there is a huge seller of this futures. It will prove my point.

However, this is not what’s going to happen. The futures price will trade at a significant premium (meaning higher than current market prices). Why? Because they’re gonna drive this sucker to the max. They’re gonna make it go all the way up to $100k while the Quantum Computer is finalized. Then, they will unleash the greatest trade ever known to man. A trade that makes Soros’ shorting of the GBP look like child play.