“But who prays for Satan? Who, in eighteen centuries, has had the common humanity to pray for the one sinner that needed it most?” 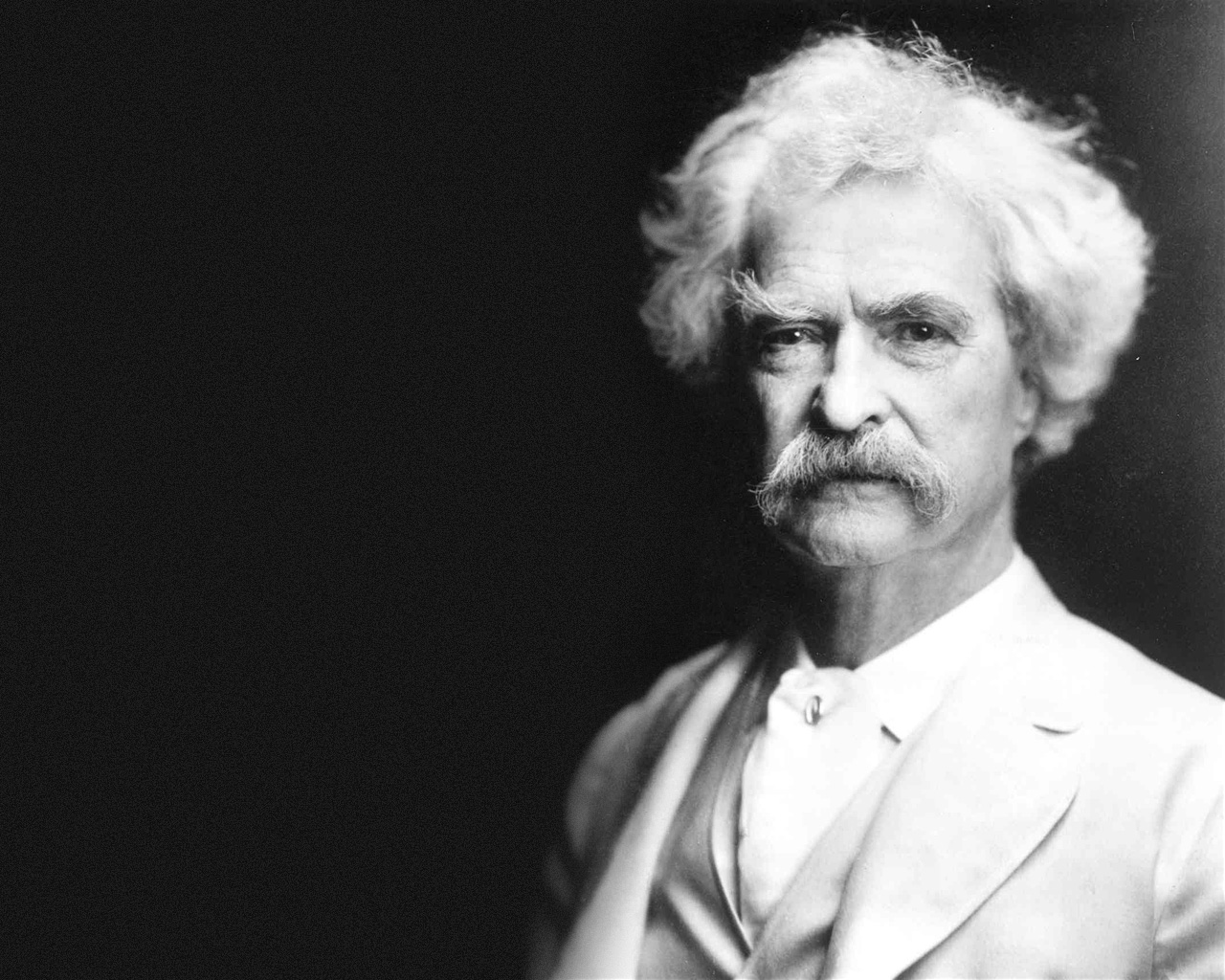 Samuel Langhorne Clemens, better known by his pen name Mark Twain, was an American writer, humorist, entrepreneur, publisher, and lecturer.Wikipedia
Born: November 30, 1835, Florida, Missouri, United States
Died: April 21, 1910, Redding, Connecticut, United States
Full name: Samuel Langhorne Clemens
Short stories: The Celebrated Jumping Frog of Calaveras County, more
Quotes
Whenever you find yourself on the side of the majority, it is time to pause and reflect.
If you tell the truth, you don’t have to remember anything.
Don’t go around saying the world owes you a living. The world owes you nothing. It was here first.
_____________________

But who prays for Satan? Who in eighteen centuries, has had the common humanity to pray for the one sinner that needed it most, our one fellow and brother who most needed a friend yet had not a single one, the one sinner among us all who had the highest and clearest right to every Christian’s daily and nightly prayers, for the plain and unassailable reason that his was the first and greatest need, he being among sinners the supremest?
– Mark Twain’s Autobiography

A person who has for untold centuries maintained the imposing position of spiritual head of four-fifths of the human race, and political head of the whole of it, must be granted the possession of executive abilites of the loftiest order. In his large presence the other popes & politicians shrink to midgets for the microscope. He hasn’t a single salaried helper; The Opposition employs a million.
– Mark Twain’s notebook #42

Adam was not alone in the Garden of Eden, however, and does not deserve all the credit; much is due to Eve, the first woman, and Satan, the first consultant.
– Notebook, 1867

I have always felt friendly toward Satan. Of course that is ancestral; it must be in the blood, for I could not have originated it.
– Autobiography of Mark Twain

I have no special regard for Satan; but I can at least claim that I have no prejudice against him. It may even be that I lean a little his way, on account of his not having a fair show. All religions issue bibles against him, and say the most injurious things about him, but we never hear his side. We have none but evidence for the prosecution and yet we have rendered the verdict. To my mind, this is irregular. It is un-English. It is un-American; it is French. Without this precedent Dreyfus could not have been condemned. As soon as I can get at the facts I will undertake his rehabilitation myself if I can find an unpolitic publisher. It is a thing we ought to be willing to do for anyone who is under a cloud. We may not pay him reverance, for that would be indiscreet, but we can at least respect his talents. A person who has for untold centuries maintained the imposing position of spiritual head of four-fifths of the human race, and political head of the whole of it, must be granted the possession of executive abilites of the loftiest order. In his large presence the other popes and politicians shrink to midgets for the microscope. I would like to see him. I would rather see him and shake him by the tail than any member of the European concert.
– “Concerning the Jews”

Satan must have been pretty simple, even according to the New Testament, or he wouldn’t have led Christ up on a high mountain and offered him the world if he would fall down and worship him. That was a manifestly absurd proposition, because Christ, as the Son of God, already owned the world; and besides, what Satan showed him was only a few rocky acres of Palestine. It is just as if some one should try to buy Rockefeller, the owner of all the Standard Oil Company, with a gallon of kerosene.
– Mark Twain, a Biography

…in matters of finance even the piousest of our peasants would have more confidence in an arrangement with the devil than with an archangel.
– “The Chronicle of Young Satan”

Previous Post: « “If you want help, help yourself – people like to see that.” Chris Rock
Next Post: “Make up your minds that happiness depends on being free, and freedom depends on being courageous.” Pericles »