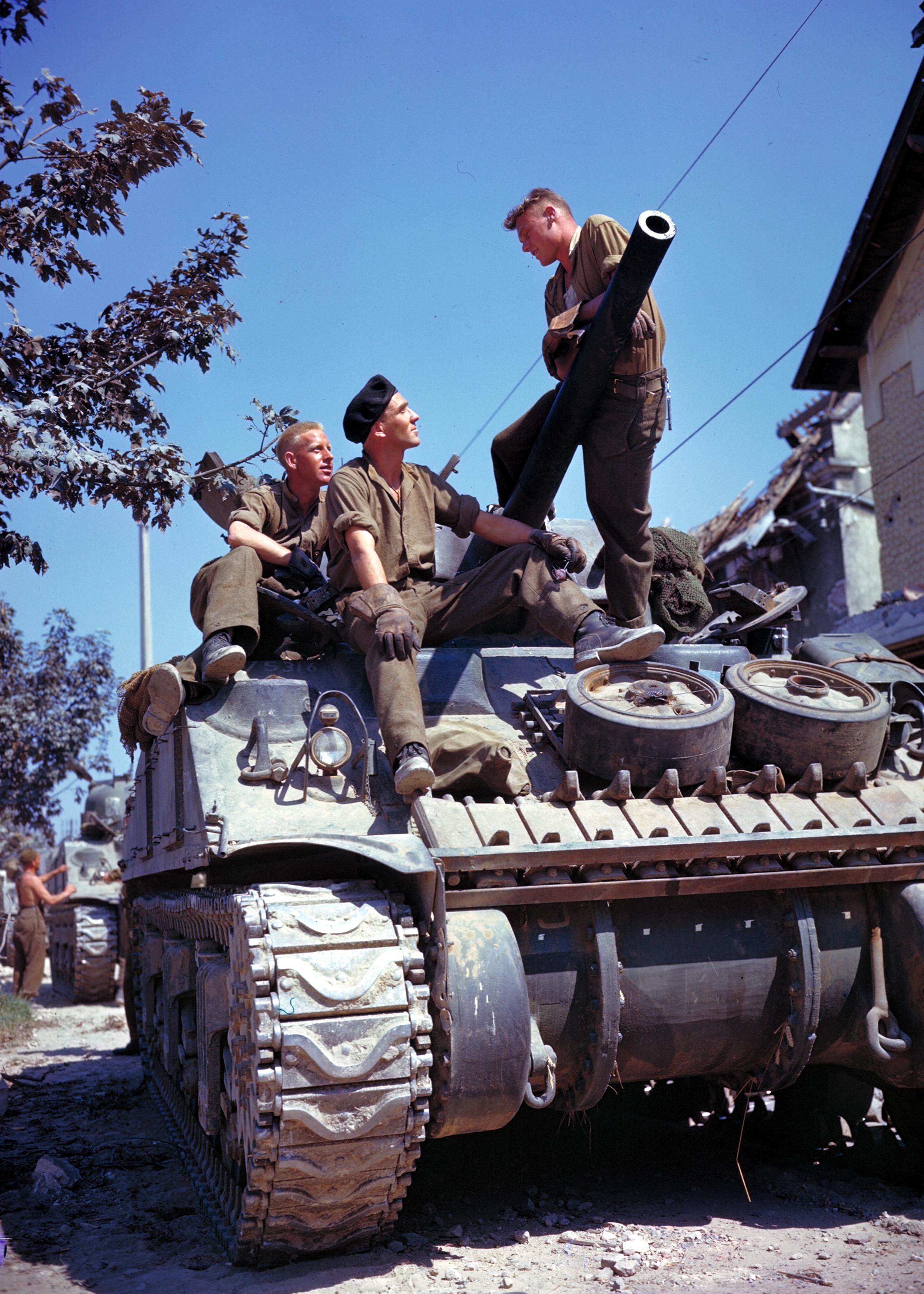 Previous Post: « An American soldier having dinner at Stratford-upon-Avon, England in May 1944. Probably one of the most well-known photos of World War II, but does anyone know of this man has ever been identified?
Next Post: A young Italian woman gives flowers to a New Zealand soldier after the liberation of Sora, Summer, 1944. »