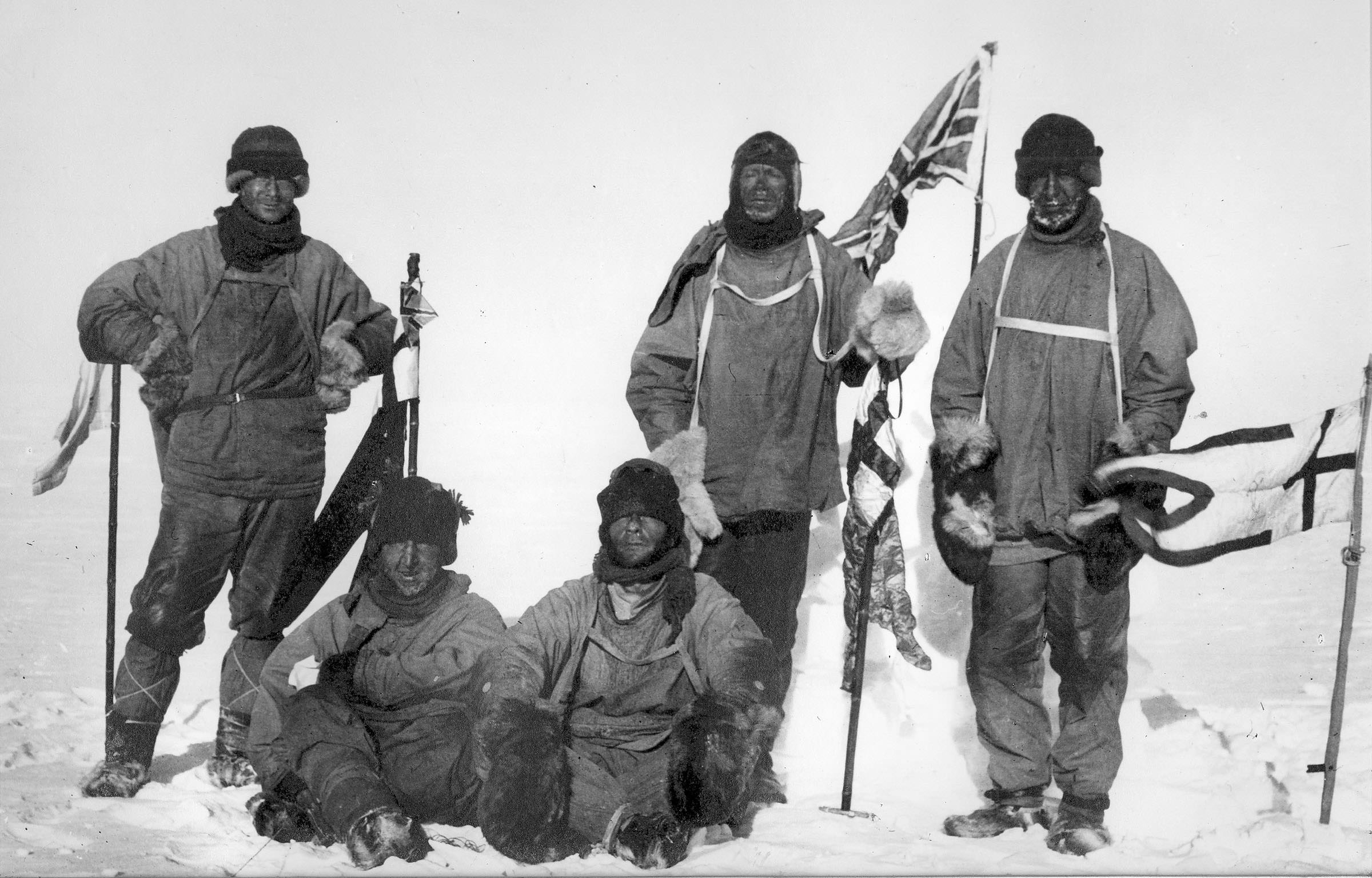 CybergothiChe: Members of the Terra Nova Expedition Polar Party are, left to right :

Tl;Dr : They were beaten to the pole by Amundsun, and all perished on the return journey, 18km from a cache of supplies. Very sad.

They are pictured here, having crossed from the Ross Ice Shelf to the South Pole, on foot, having arrived to find that they had been beaten to their prize of being the first to the south pole by the Norwegian Roald Amundsun and his party, who had used dogs, travelled light, and made quick progress over the Antarctic to bag the pole.

All the men pictured here died on the return journey, during an 11 day blizzard, trapped, out of fuel, freezing to death, only 18km from One Ton Depot, where an Aladdin’s Cave of supplies lay in wait.

The depot would have actually been 30 miles further to the south, and they would have already reached it if they had laid it where it was originally intended to be.

But due to several factors, including the ponies not performing as well in the Antarctic as expected, and the motor tractors breaking down, as well as a three day blizzard holding up work, Captain Scott decided to lay the depot where it was.

Furthermore, a dog sled rescue party was sent to try and find the men, huddled together in their tent, and they reached One Ton Depot, and could not continue because due to confusion regarding placing the depot, there was no dog food. They could have killed one dog, and fed it to the others to press on, as was the style at the time, but Captain Scott had specifically told his men ‘not to risk the dogs’ as they would be needed for travelling to the various scientific experiments planned for the next summer.

They did what they were told to do. Standing there at One Ton Depot, there was no way they could have known that pressing on just that little further would have saved the lives of those 4 men (Evans had died from a fall earlier during the return journey).

Apsley Cherry-Garrard, who led the rescue team, felt great personal responsibility for their loss, and spent years trying to convince not only other people, but also himself, that there was no way he could have known they were just there, and he was doing just what he was told to do.

He wrote a book about the Terra Nova Expedition, entitled ‘The Worst Journey In The World’, which was also adapted into a 2 part BBC mini-series.

Cheks-Out: The spanish group Mecano made a song about them, “Heroes of Antartica” (Heroes de la Antártida, in spanish). They mention each of the members as they die

M3k4nism: The facial expression of the three guys on the right don’t indicate they thought it was worth it, either that or necrosis from frostbites is setting in.

Previous Post: « A family during the Great Madras famine in India, 1876 .
Next Post: “The Old Bolsheviks”-Josef Stalin, Vladimir Lenin and Mikhail Kalinin at a meeting in 1919 »