Charlie Rose Fired by CBS and PBS After Harassment Allegations

Nov 21, 2017 – Charlie Rose, a host of “CBS This Morning” and a “60 Minutes” correspondent, was fired by CBS a day after women accused him of sexual misconduct. … In his email to staff, Mr. Rhodes continued: “CBS News has reported on extraordinary revelations at other media companies this year and last.

Charlie Rose Staff Will Be Paid Through End of Year, Disgraced Newsman Focuses on Web Site Next

UPDATE: Sunday night’s opening for the “60 Minutes” 50th anniversary featured just about anyone who’d done a segment for the show from Mike Wallace, Morley Safer et al through Katie Couric and Dan Rather. But no mention of Charlie Rose. He’s been erased. Sad. 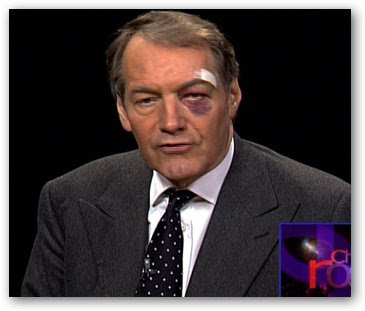 So what happens to Charlie Rose’s staff? The people who work for Rose at his PBS/Bloomberg show were blindsided last month as the New York Times incinerated Rose’s career with stories of his sexual misconduct. Within minutes, it seemed, The Charlie Rose Show, which aired on PBS and produced by Bloomberg, was over, pulled from the air for good.

The good news, if there is any, I am told, is that the staff is being paid through December 31st. Whatever happens next, at least they get that. Some may even continue to be paid, and this is why: Rose owns the show and the archives. And the archives, with more than 20 years of clips of interviews with celebrities, financial wizards, government leaders and so on are worth a fortune in licensing fees.

Not only that: Rose, who’s probably finished with the networks, can repurpose the material any way he likes. Right now, I’m told, he’s focusing on how best to maintain his website, www.charlierose.com. The website’s traffic has been on straight increase in traffic since October, now ranking at around 12,775 on Alexa.com. Rose could turn the site into even more of a media destination, or sell the archives for a decent price.

Whatever happens, Rose is down but not out, that’s for sure. Last week he was seen dining late at night at Bilboquet, the Upper East Side hot spot. Diners did not shun him, but crowded his table for pictures and autographs.