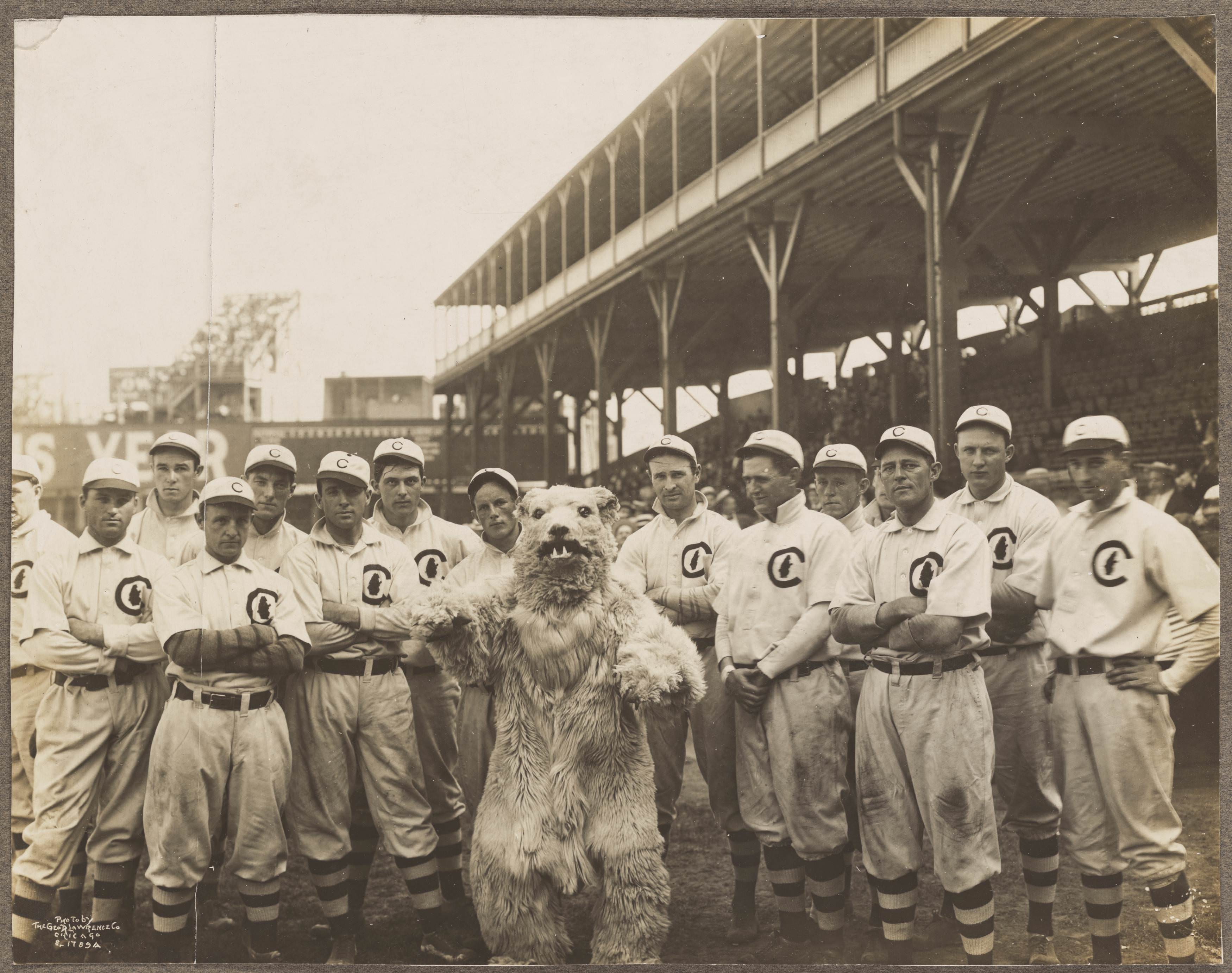 JacaER: That mascot looks like a fucking Chernobyl hamster.

EthiopianPolice: Why on earth would they ever get rid of that mascot?!

j_cruise: I thought belt loops weren’t invented until the 20s, so I looked it up. Apparently they were only present on athletic wear before then.

Also, did they make that mascot out of a real fucking bear?

TheBusStop12: I bet they used it to absolutely terrify the opposing team, maybe have it stalk their pitcher through dark alleyways for a few days prior to a match

badwolf1986: You gotta have nostalgia for the days when real animals were used as mascots. I’d hate to mess with the Jacksonville Jaguars.

LiamMcPoyle1: That’s just a human inside of a bear hide right?

zaqston: I gave this photo in a frame to my grandpa many years back. He died a few years ago but whenever I see it in his old office I think fondly of him.

jkhaynes147: Which one is the mascot again?

seasonedearlobes: The mascot looks like that one dog from that weird Japanese (?) commercial

Vreejack: On the eve of their coming century of failure. They won the Series in 1907 and 1908, and nobody alive in this picture ever saw them win it again.

bigdaddyhame: what colour was it?