The Chinese communist regime published a white paper on Tuesday detailing the alleged litany of human rights abuses Americans face, ranging from sexual harassment in Hollywood to the presence of wealthy individuals in politics. 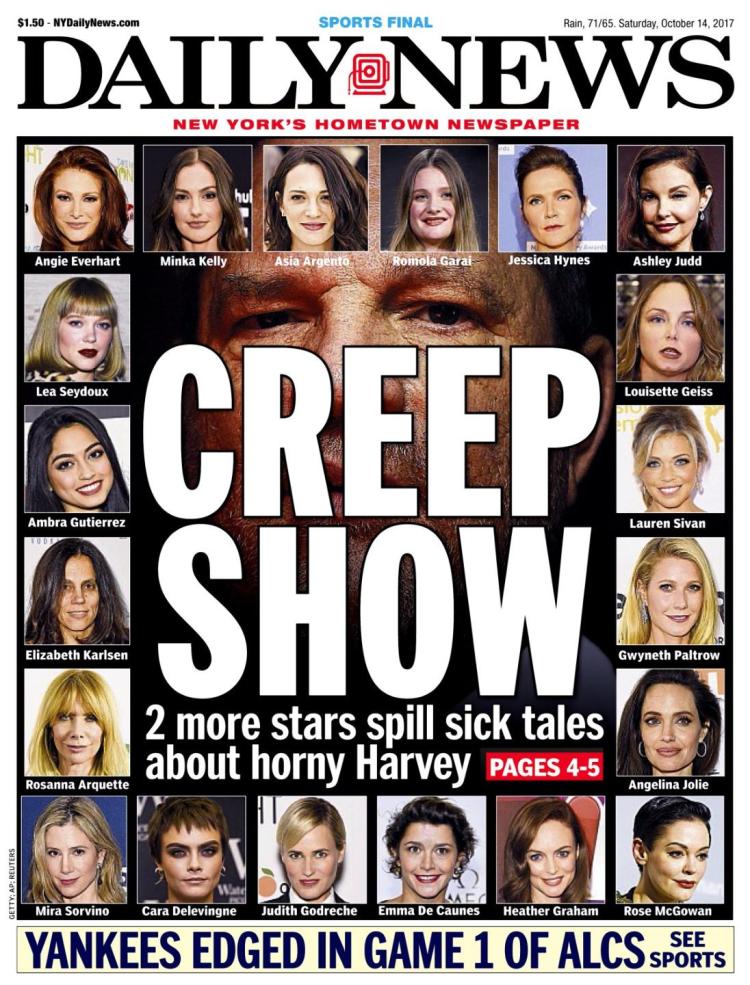 China’s “Human Rights Record of the United States in 2017” publication is a direct response to the U.S. State Department’s annual global human rights survey. This year, the State Department found that China increased its repression towards religious groups, particularly Christians and Muslims.

China, in turn,  claimed to have found “serious infringement on citizens’ civil rights, systematic racial discrimination, severe flaws in the American-style democracy, widening rich-poor divide, discrimination and assault against some specific groups such as women, children and people with disabilities.”

The Chinese report, published by the Information Office of the State Council, China’s Cabinet, lists among its individual examples of human rights violations in the United States the sexual harassment scandal surrounding disgraced Hollywood mogul Harvey Weinstein and the October 2017 mass shooting in Las Vegas, Nevada, the motive of which remains unknown.

“In October 2017, the scandal of American film producer Harvey Weinstein who sexually harassed a number of female stars broke out,” the state-run media outlet Xinhua explained, citing the report. “A ‘#MeToo(Victim)’ campaign on social media platforms was initiated to encourage the victims to protest against the widespread sex harassment and infringement, receiving active responses from more than one million people, according to the report.” The white paper also claimed that nearly 100,000 cases of physical abuse against children aged 11 to 15 occurred in 2016 in the United States. 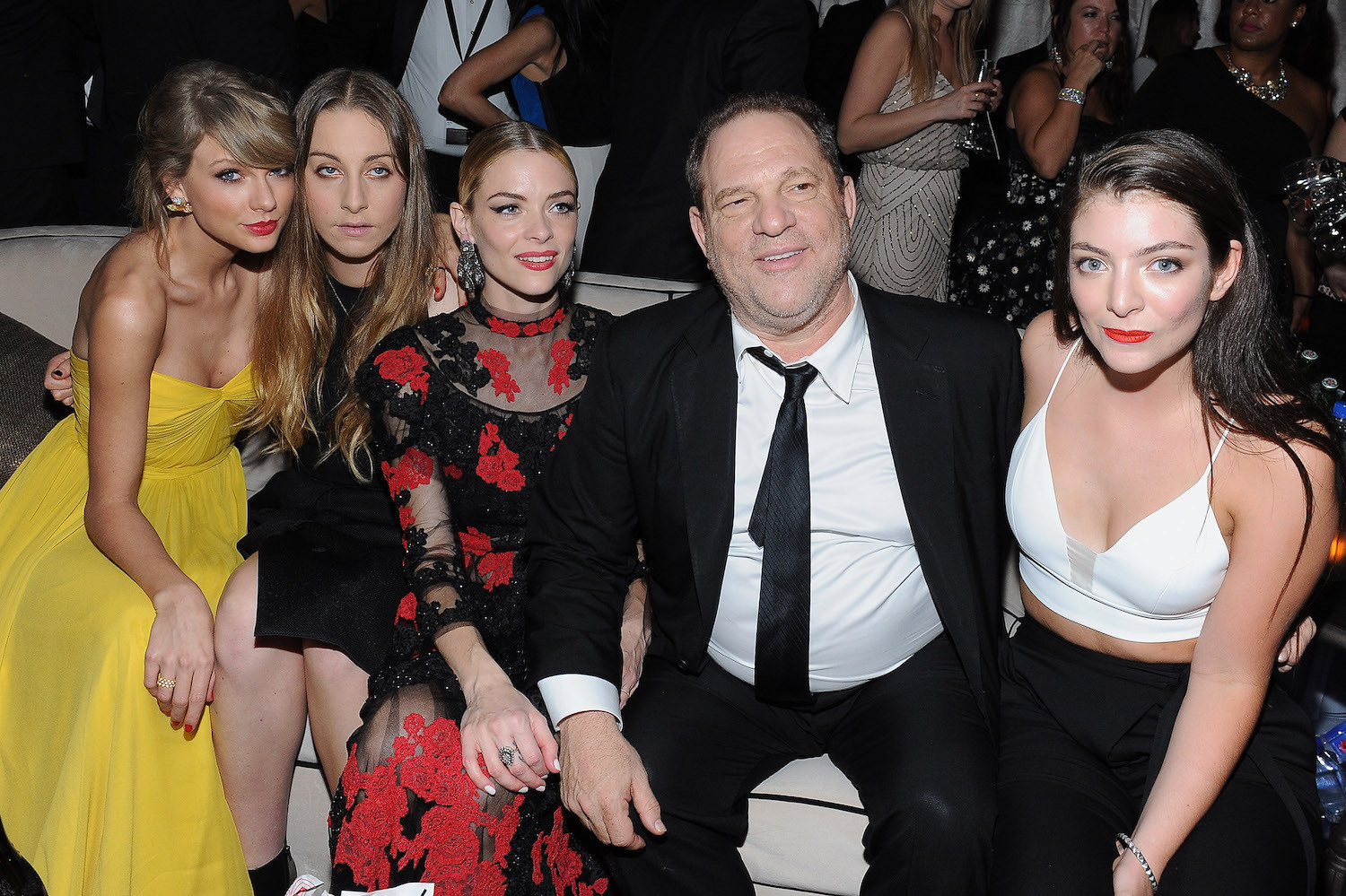 Unlike the abuses listed in the State Department report, the United States government notably plays no role in the execution of the sexual harassment and abuse crimes listed by China. On the contrary, the U.S. legal system prosecutes and imprisons individuals found guilty of committing these actions. In the case of Harvey Weinstein, Los Angeles prosecutors are reportedly beginning to build a legal case against him based on allegations of sexual harassment by many prominent Hollywood actresses.

China also decries the ability of Americans to use money to fund independent political campaigns. “Democratic politics went weakening,” the report claimed. American politics, it continued, “strongly reflect the preferences of the most affluent, but bear virtually no relationship to the preferences of poor or middle-income Americans.”

The Beijing report claimed that media are “suppressed” in the United States because CNN and the New York Times were excluded from one White House briefing in 2017. In China, meanwhile, only state-controlled media outlets are allowed to operate, and the government tightly controls the questions fielded in daily Chinese Foreign Ministry briefings.

“Press freedom in the United States is at its lowest point in 13 years, according to a CNN report in 2017,” the white paper noted, nonetheless.

As Beijing has done in the past, it also used the national debate in America on violent policing as an indicator that Washington does not respect human rights. “Almost 500 blacks had been fatally shot by police since 2015, said the report citing statistics released by Pew Research Center on January 11, 2017,” Xinhua reported, citing the white paper. “Violent law enforcement by American police had sparked mass protests.”

The anti-American barrage extended beyond the white paper to commentary from pro-China “experts” speaking to Xinhua. Peter J. Li, associate professor of East Asia politics and international relations at the University of Houston-Downtown, told the outlet that criticism of countries like China is meant for “covering up worsening human rights violations in the United States.” Li also claimed that “religious freedom is under attack” in the United States because President Donald Trump has proposed immigration reforms to protect the country from jihadists entering the country.

The Global Times, a Chinese government newspaper, also published an editorial condemning the United States for attempting to document human rights abuses abroad. Among the concerns in the West, according to the article, is insufficient attention paid to “the boundaries of freedom,” in particular freedom of expression online and the right to gun ownership.

“Chinese people’s understanding of human rights is much broader than the West’s,” the Times claimed, adding:

A prosperous life, social fairness, clean public toilets, leisure of traveling, and not being susceptible to feelings of inferiority caused by poverty are all tangible human rights. Western human rights are not excluded, but it’s annoying that the West uses them as cards to hit at China.

The Global Times has previously claimed that the entire concept of human rights “has failed to appeal to the Chinese people.”

The U.S. State Department report released last week found extreme human rights abuses perpetrated against religious people in China, particularly Muslim Uighurs living in Xinjiang, the nation’s westernmost province. Among the list of abuses were “systematic torture,” imprisonment in “re-education camps,” where Muslims are forced to exchange their faith for loyalty to the Communist Party, and little, if any, freedom of expression.

However, earlier attempt by China’s state media to gloat over Harvey Weinstein sex abuse and harassment scandal backfires, and the state media ridiculed for claim women are never harassed in Chinese culture.

It is common for Chinese media to highlight problems in the United States in an implicit or explicit attempt to argue that Chinese society under Communist Party rule is more “harmonious” than Western democracy, or to counter Western criticism of China’s human rights record.

Previous Post: « “I do not feel obliged to believe that the same God who has endowed us with sense, reason, and intellect has intended us yo forgo their use.” Galileo Galilei
Next Post: Infantry of the 2nd Gordon Highlanders searching German prisoners in Kleve, Germany, 11 February 1945. »