Remember Google Glass? That was designed for pornography, allegedly.

These days, China use the same thing, not sure it’s a more advanced version, but one thing for sure the application is the same old Commie thing – Money and Power. In this case, it’s deployed for political purpose.

Despite mounting pressure from human rights activists, the hitech gadget device has been publicly deployed for citizen surveillance and policing. 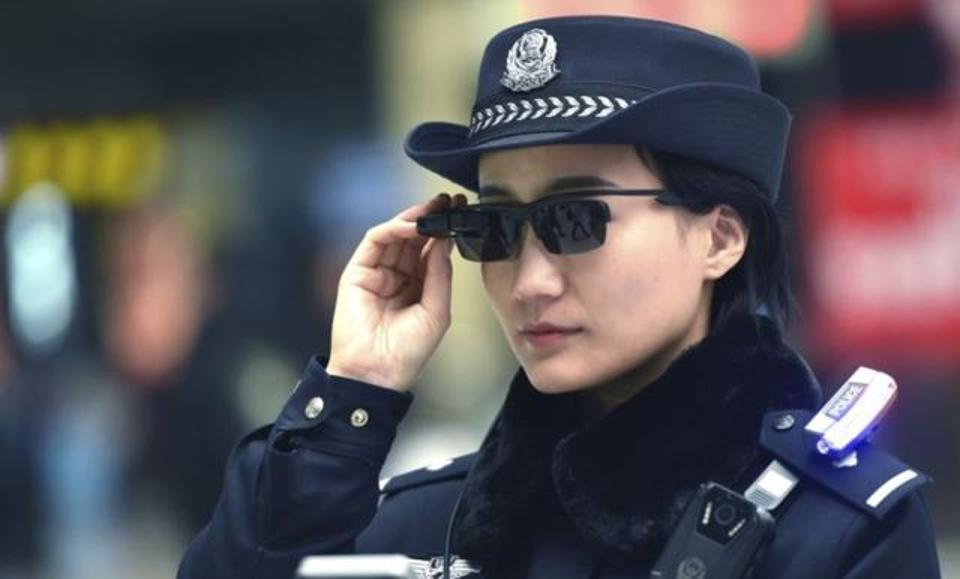 The new tool, given to officers in Central China’s Henan Province, has reportedly led to the arrest of more than 30 people at the Zhengzhou East Railway Station since Thursday.

According to China News Service, the country’s second largest state-owned news agency, seven kidnapping and hit-and-run suspects as well as 26 individuals accused of using fake IDs were arrested after being identified with the technology.

Police in China are now equipped with special high-tech ‘smart glasses’ that can access ‘instant intelligence’ on any given person.

Despite heavy criticism from several human rights groups, the Chinese government have given officers in the central city of Zhengzhou digital shades that allow them to instantly spot a potential suspect and arrest them on the spot.

So far the technology has allowed police to arrest seven suspects accused of human trafficking and hit-and-runs. 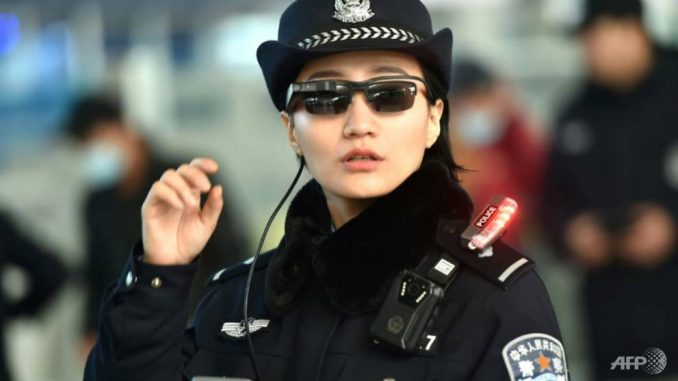 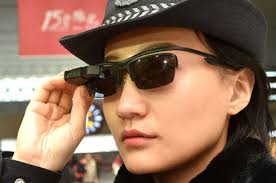 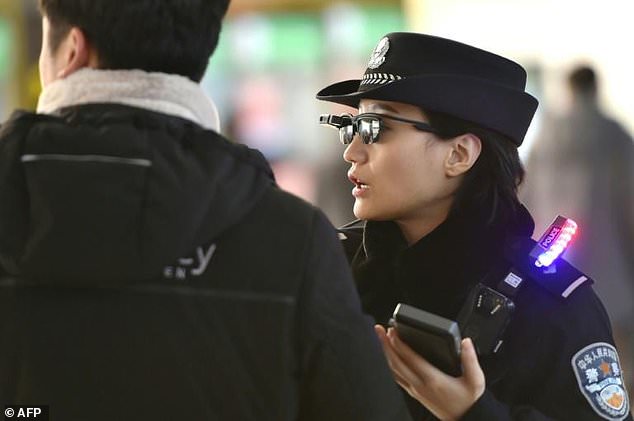 AFP reports the system is part of China’s efforts to build a digital surveillance system able to use a variety of biometric data – from photos and iris scans to fingerprints – to keep close tabs on the movements of the entire population.

The special glasses are being used by four officers positioned at the entrances to Zhengzhou’s east station, according to the People’s Daily.

The glasses have a camera connected to a smartphone-like device that allows the officers to take mugshots of suspicious individuals and compare them to a database back at headquarters.

The app brings up the suspect’s vital information, including name, ethnicity, gender and address.

It also tells officers whether the possible perps are on the run from the law, the address of the hotel where they are staying and information related to their internet usage.

Zhang Xiaolei, an employee with Henan’s Department of Public Security, stated Tuesday that each suspect’s face is run through a central database during their encounters with police.

“The facial information captured by the glasses will be sent back to a database for comparison with the information of suspects on the wanted list,” Xiaolei told the Global Times, a local newspaper aligned with the Communist Party of China.

Zhang also revealed that the new technology works effectively with only one image as opposed to previous tools that required multiple pictures from numerous angles.

Experts say China is racing ahead of Western countries in deploying facial scanners owing to its comparatively lax privacy laws and because Chinese are used to having their pictures, fingerprints and other personal details taken.

Banks are beginning to use facial recognition instead of cards at cash machines while the travel and leisure industry also sees opportunities – China Southern Airlines this year began doing away with boarding passes in favour of the scheme.

But the programmes have drawn fierce criticism from human rights organisations and privacy advocates, who are concerned by their potential for abuse.

The Global Times alleged that travelers were undeterred by the increase in surveillance at the railway station.

“I took the high-speed train from Zhengzhou East Railway Station on Sunday, and it didn’t feel any difference from my previous trip. I didn’t notice any police using special devices,” commuter Wang Chuanxi said.

Facial recognition technology is also used alongside what China calls “the world’s biggest camera surveillance network.” The country currently has more than 170 million CCTV cameras with an estimated 400 million more to come in the next three years.

“We can match every face with an ID card and trace all your movements back one week in time,” Yin Jun, a representative with surveillance camera manufacturer Dahua Technology, told the BBC last year. “We can match your face with your car, match you with your relatives and the people you’re in touch with. With enough cameras, we can know who you frequently meet.”