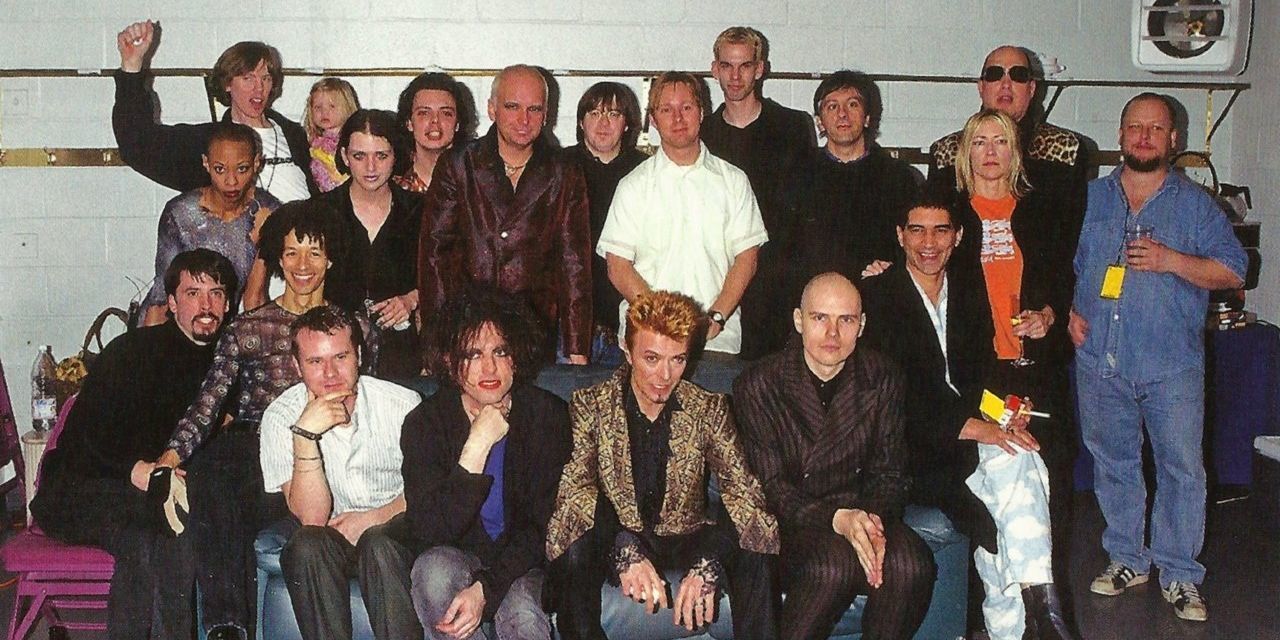 _JonJon_: David Bowie looks like a god amongst them. The world lost two greats when Bowie and Prince died in 2016.

eyetracker: Apparently if you want to make Robert Smith look like sunshine and lollipops you put him in a room with Billy Corgan’s dour face.

_ElBee_: I believe the guys from Placebo are in that photo too.