David Stockman, President Ronald Reagan’s former aide, has warned the public that Bitcoin is about to spectacularly crash in an orchestrated collapse.

“It’s basically a class of really stupid speculators who have convinced themselves that trees grow to the sky,”he told CNBC’s “Futures Now” show. “It will burn out in a spectacular crash. All of these latter-day speculators will have their hands burned to a crisp, and they will learn the proper lesson.” 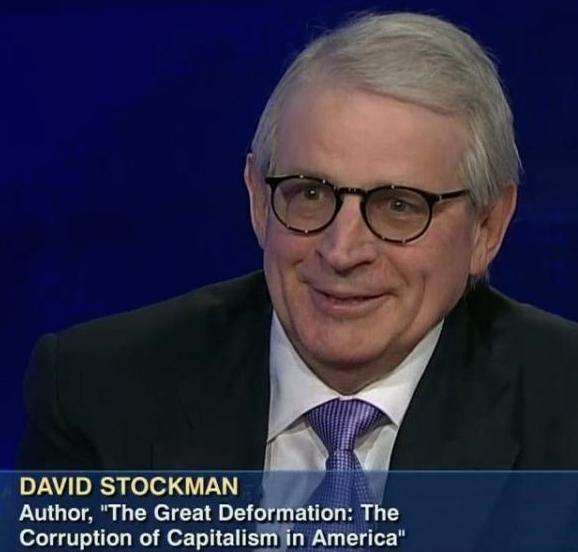 He’s been saying a “gigantic, horrendous storm” could soon hit stocks. In September, he warned investors that a 40 to 70 percent correction wasn’t too far down the road. On Friday, the Dow Jones Industrial Average flirted with 25,000, with the S&P trading just shy of a new record.

Stockman blamed the Federal Reserve and central banks for creating the hype surrounding the stock and cryptocurrency markets. He argued that too much liquidity was pumped into the marketplace to deal with the 2008 global financial crisis — noting that not even regulators can improve the frothy situation.

“What we really need to do is not think these are regulator problems, but understand they’re monetary problems,” he said. “It’s an irrational, overheated market like never before.”

In the past two years, bitcoin prices have soared by more than 3,000 percent. Its wild price swings have sparked debates on Wall Street over how much it’s really worth. Bitcoin’s less expensive peers such as litecoin and ether have also surged.

Stockman can’t put a price tag on them.

“I have no idea. I mean it could double or triple from here or it could fall to zero. But the point is that it’s not real money because real money for transactions has to be stable,” he said.

According to Stockman, the CBOE and CME decisions to add bitcoin futures to their exchanges don’t give this emerging asset class legitimacy.

“Anytime Wall Street sees an opportunity to shear the sheep, and they see the sheep stampeding to the slaughter, they line up with some new gimmick to take advantage of the circumstances. That’s all,” he said.

“There is nothing that’s being validated by the opening up of a futures market. It’s just everybody trying to get on the train for the ride,” he added.

Previous Post: « A bloodied french soldier is carried to a medical station after being injured during the Battle of Verdun in 1916. It was one of the longest and bloodiest battles of the war; French casualties amounted to about 400,000, German ones to about 350,000, some 300,000 were killed.
Next Post: Helen Keller reading First Lady Grace Coolidge’s lips with her hand on January 11, 1926 »