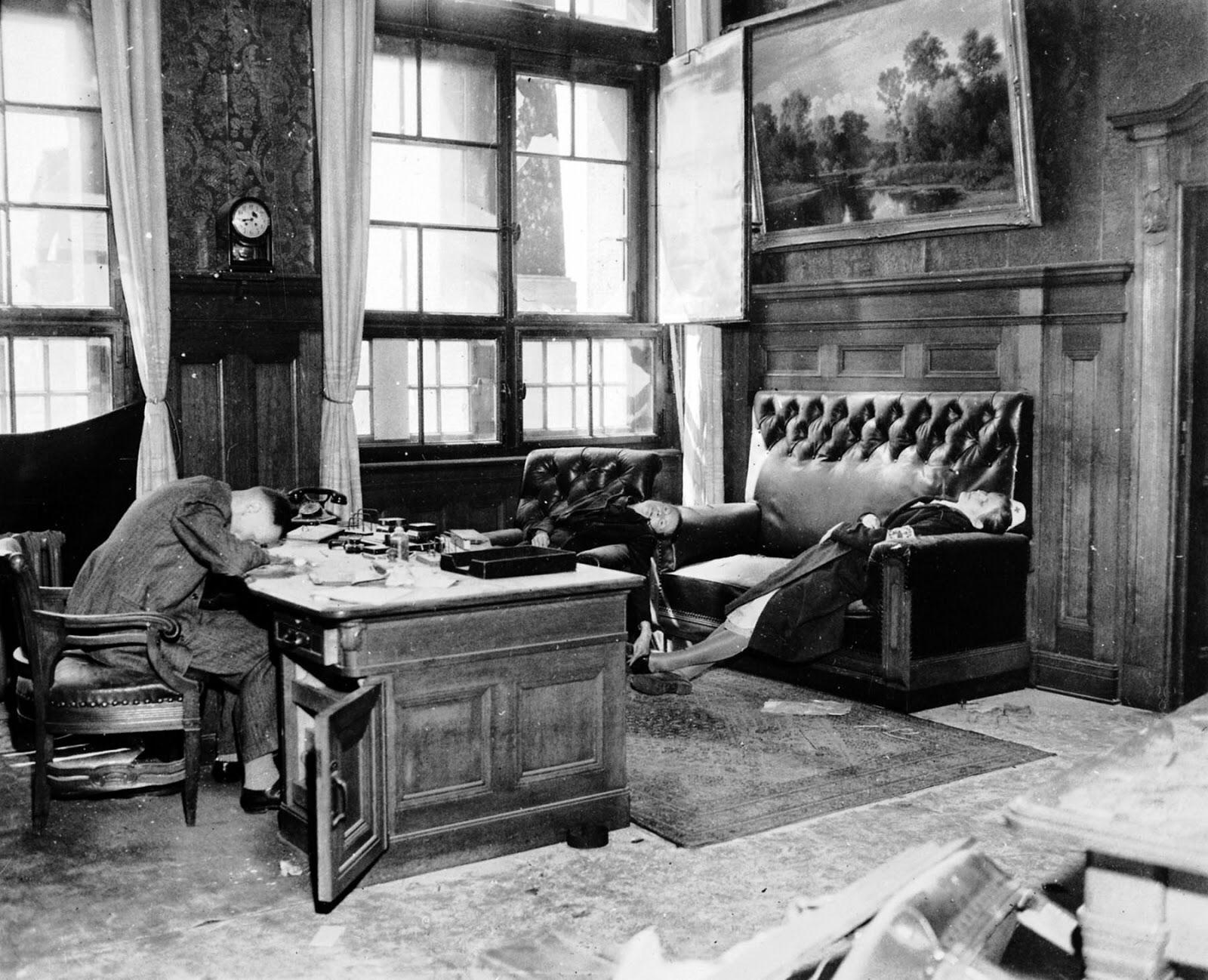 > On the 18th April 1945 a number of officials of Leizig committed suicide in the New Town Hall (Neues Rathaus). The Deputy Mayor of Leipzig Ernst Lisso decided to end his life but also that of his wife and daughter as the Americans press towards the city hall. In the death tableaux his wife Renate Lisso sits across from her husband and most shockingly his daughter Regina sits on the bench.

« Wernher Magnus Maximilian Freiherr von Braun, Behind the Saturn V (1967)
“A child identified only as Josh plays with the shield of a Georgia State Patrol trooper during Saturday’s Ku Klux Klan march in Gainesville” – original caption of Todd Robertson’s photo of a child touching the shield of a State Trooper at a KKK rally in Gainesville, GA. 1992 »