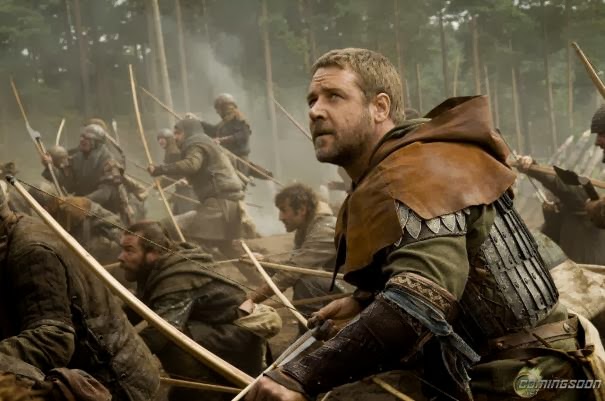 In many TV shows and movies, whenever archers are used, there is often a stereotypical list of commands given. They are first called out, then once they are ready they are then told to all nock, then draw, then after a few seconds shoot.

This seems a bit far fetched to me. In the chaos of battle, in an era where orders were shouted and signaled with flags, it seems like just giving the orders to hold or “fire at will” to be anachronistic was probably a challenge, did they really sync up the initial volleys

Basically when archers fire in a volley, it makes the enemy stop to defend, which lets your melee units attack them. The demoralizing effect of a volley of arrows released at once is also more powerful than scattered arrows that come in here and there. A volley (hopefully) causes multiple people to fall, which adds to the confusion and impedes the enemy’s charge. Arrows were also inaccurate, so having a rain of arrows was more effective than having a few scattered arrows that could be blocked.

Volley fire, which is when the archers would time their volleys so that a unit is also firing, was very effective. This consisted of units firing in turn, so that there was a regular volley of arrows going. Wikipedia has an article about it, but one of the quotes from History of Song (regarding the Song dynasty) states:

“[Wu] Jie ordered his commanders to select their most vigorous bowmen and strongest crossbowmen and to divide them up for alternate shooting by turns (分番迭射). They were called the “Standing-Firm Arrow Teams” (駐隊矢), and they shot continuously without cease, as thick as rain pouring down. The enemy fell back a bit, and then [Wu Jie] attacked with cavalry from the side to cut off the [enemy’s] supply routes. [The enemy] crossed the encirclement and retreated, but [Wu Jie] set up ambushes at Shenben and waited. When the Jin troops arrived, [Wu’s] ambushers shot, and the many [enemy] were in chaos. The troops were released to attack at night and greatly defeated them. Wuzhu was struck by a flowing arrow and barely escaped with his life.”

« Photo of the Duke of Wellington, 1844.
Why is garlic so prevalent in folklore? »