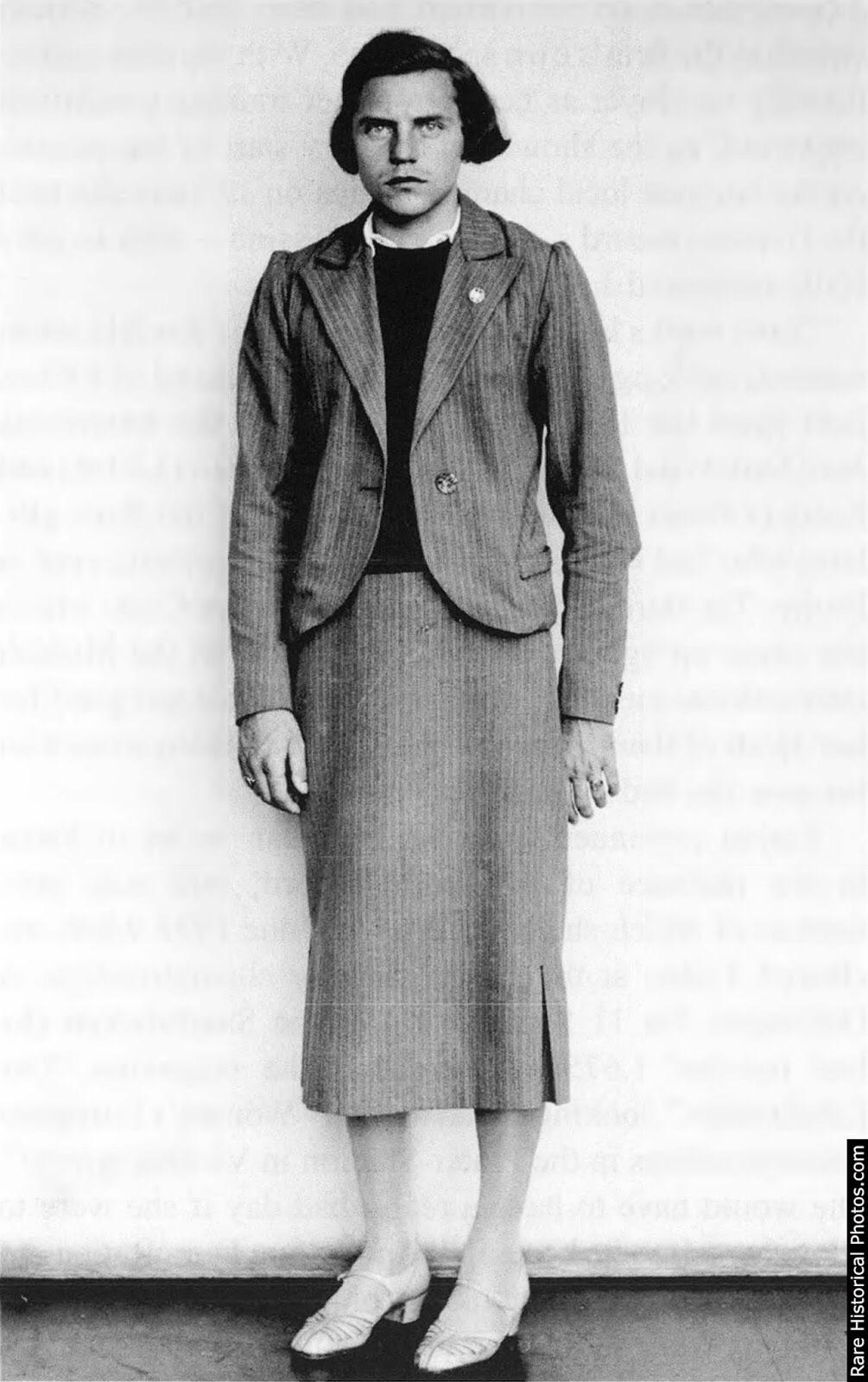 conradbirdiebird: She lifted her skirt, they dropped the charges

balint-uni: [To the train station] “A physician was summoned and after an examination pronounced Ratjen to be male. However, the physician described Ratjen’s intersex genitalia as having a “coarse scarred stripe from the tip of the penis to the rear”, and stated his opinion that with this organ sexual intercourse would be impossible.” [wikipedia](https://en.m.wikipedia.org/wiki/Dora_Ratjen)