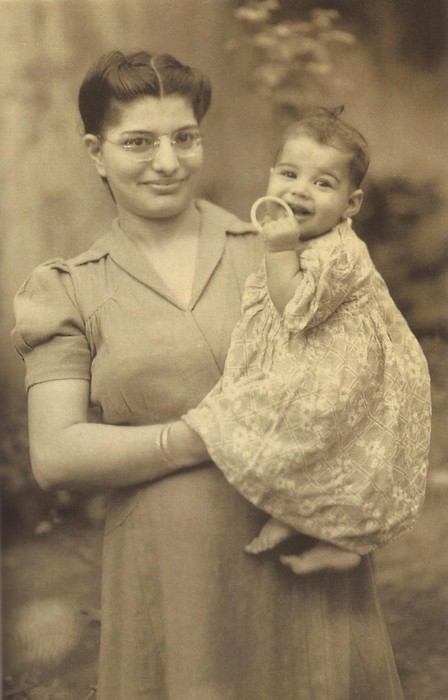 ptwarhol: Is it wrong that I want someone to photoshop his mustache onto his baby pic?

_LittleDusty_: I wish you could “tag” people on reddit, because my sister just refused to believe me about Frddie being Indian… he grew up on the island of Zanzibar, but had Indian parents. She got all loud with me about it…

SVKN03: I have to say, the resemblance is uncanny.

zirfeld: That’s when life had just begun. But eventually he will go and throw it all away.

You can clearly see in this picture he don’t want to make her cry.

livelong2000: Right after the pic he jumped on his Bicycle! Bicycle!

concernedindianguy: So was this before or after he killed a man?

torpedo_lagoon: did wearing that dress turn him gay? Previous Post: « Unknown member of Armia Krajowa (Poland’s Home Army Resistance movement) during the early days of the Warsaw Uprising in august of 1944
Next Post: Tables Turned And Robber Becomes The Victim »