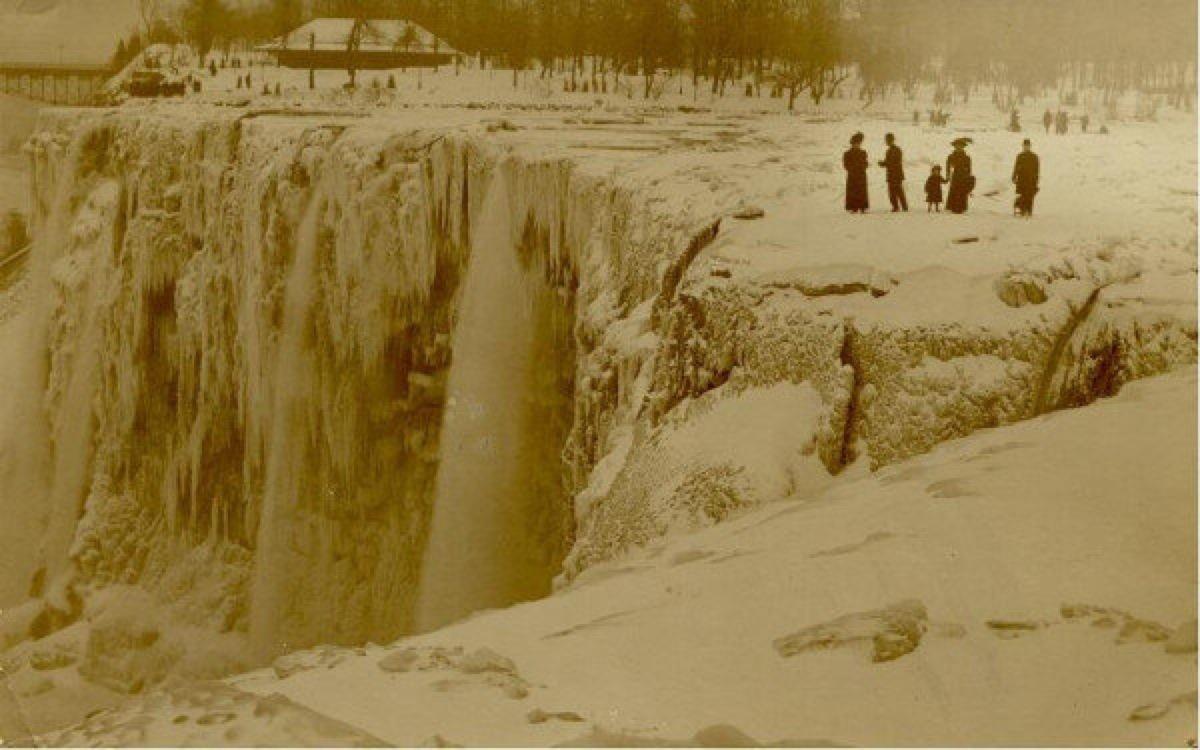 Niagara Falls  is the collective name for three waterfalls that straddle the international border between Canada and the United States; more specifically, between the province of Ontario and the state of New York.

They form the southern end of the Niagara Gorge.From largest to smallest, the three waterfalls are the Horseshoe Falls, the American Falls and the Bridal Veil Falls.

The Horseshoe Falls lie mostly on the Canadian side and the American Falls entirely on the American side, separated by Goat Island.

The smaller Bridal Veil Falls are also located on the American side, separated from the other waterfalls by Luna Island. The international boundary line was originally drawn through Horseshoe Falls in 1819, but the boundary has long been in dispute due to natural erosion and construction

The features that became Niagara Falls were created by the Wisconsin glaciation about 10,000 years ago. The same forces also created the North American Great Lakes and the Niagara River. All were dug by a continental ice sheet that drove through the area, deepening some river channels to form lakes, and damming others with debris.

Scientists argue that there is an old valley, buried by glacial drift, at the approximate location of the present Welland Canal. All images Niagara Falls Public Library Digital Collections

Niagara falls and its colossal volume of water almost never stops flowing, but when the temperatures drop below zero the falling water and mist create ice formations along the banks of the falls and river.

That is when Niagara Falls become a winter wonderland. Niagara Falls completely frozen over in 1911 Water diversion is regulated by the 1950 Niagara Treaty and is administered by the International Niagara Board of Control.

In January 1912, Niagara Falls saw a record low temperature for the twentieth century .That area also saw the longest stretch of below-zero weather for a single winter.

Niagara Falls froze so densely that some people were able to safely cross on ice bridges. Visitors explore the Cave of the Winds, Niagara Falls, 1916