He represented a moderate wing of the Republican establishment that in many ways has passed from the political scene. 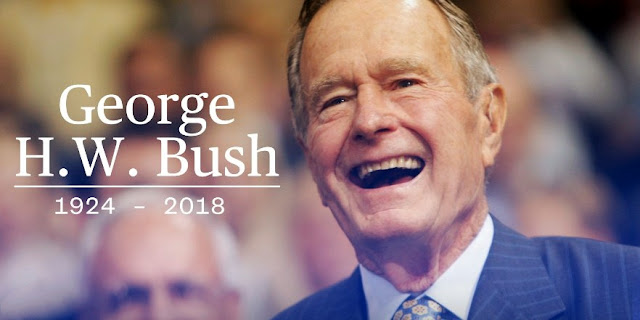 George H.W. Bush, who in one term as president reasserted the U.S. as the world’s lone superpower, rallying an international coalition against Iraq’s Saddam Hussein in the first Gulf War and presiding over the fall of the Berlin Wall and subsequent collapse of the Soviet Union, died on Friday. He was 94.
One of the most experienced public servants in U.S. history, Bush served two terms as vice president under Ronald Reagan before becoming president in 1989, capping off a career that included stints as director of the CIA and U.S. ambassador to China and the U.N. in the 1970s.
A longtime pillar of the moderate wing of the Republican Party — he was national chairman after the Watergate scandal left the GOP in disarray — Bush lent establishment credentials to Reagan’s conservative insurgency, becoming his running mate in 1980 after losing the presidential nomination to him.
But for all of the foreign policy successes of Bush’s lone term in the White House, it was a basic domestic issue that effectively undercut his shot at a second: his decision to raise taxes to address a deficit that had exploded under Reagan. Conservatives cried heresy, and repercussions still ripple through the GOP today.
However, the passing of George H.W. Bush was followed a slew of conspiratorial comments that are extremely controversial in nature such as this headline,

George H.W. Bush, the CIA and a Case of State-Sponsored Terrorism. The car bomb that blew up Chilean dissidents in Washington DC in September 1976 and the cover-up by Bush’s CIA 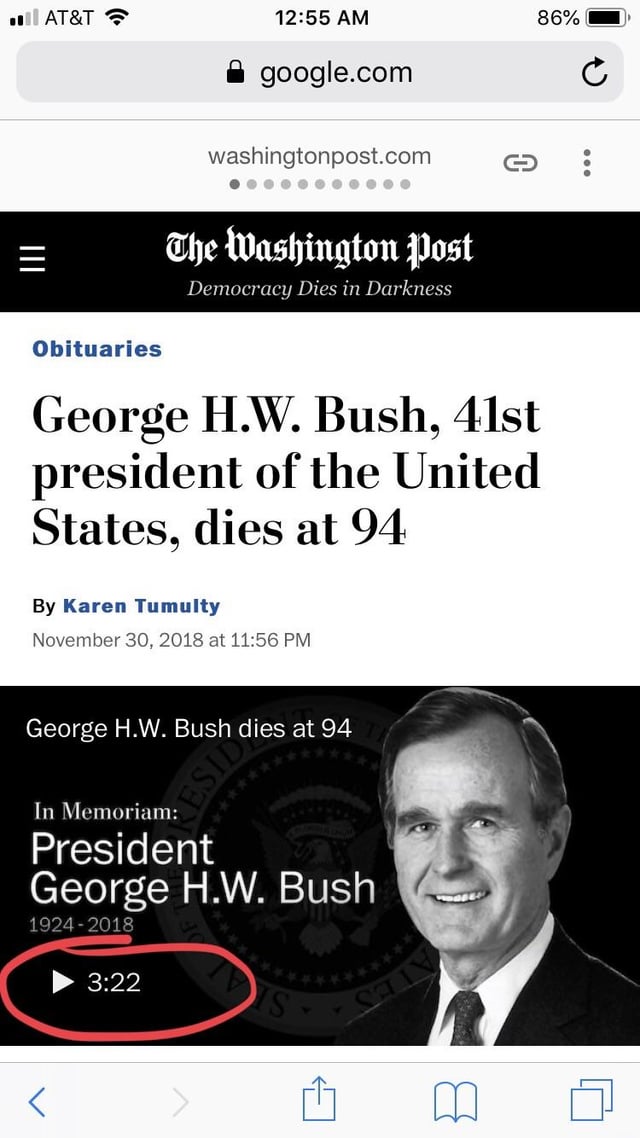 Fifty-eight years ago, a car-bomb exploded in Washington killing Chile’s ex-Foreign Minister Orlando Letelier, an act of state terrorism that the CIA and its director George H.W. Bush tried to cover up, Robert Parry reported on Sept. 23, 2000. In early fall of 1976, after a Chilean government assassin had killed a Chilean dissident and an American woman with a car bomb in Washington, D.C., George H.W. Bush’s CIA leaked a false report clearing Chile’s military dictatorship and pointing the FBI in the wrong direction.

The bogus CIA assessment, spread through Newsweek magazine and other U.S. media outlets, was planted despite CIA’s now admitted awareness at the time that Chile was participating in Operation Condor, a cross-border campaign targeting political dissidents, and the CIA’s own suspicions that the Chilean junta was behind the terrorist bombing in Washington.

The CIA man convicted for planting the car bomb, Michael Townley, also designed & built the torture chamber in the Nazi hideout Colonia Dignidad in Chile, where they also made biological weapons that vanished.

The torture chamber (and Colonia Dignidad) in Chile was one Administration hub for Operation Condor, the transnational Black Op for kidnapping, “Disappearing,” torturing & murdering 100,000 people — and was co-sponsored in 1976 by CIA Director George H. W. Bush. 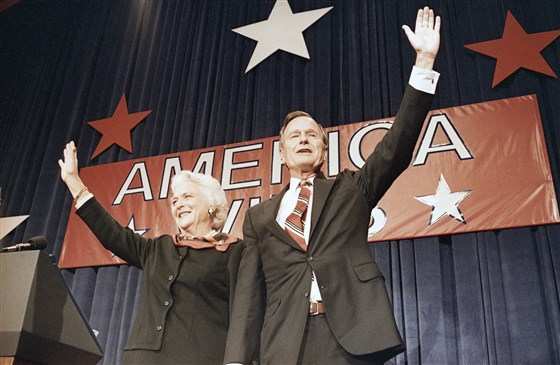 President-elect George H.W. Bush and his wife Barbara wave to the crowd at a victory rally on Nov. 8, 1988, in Houston.

The things you won’t hear reported or even considered about the life of President Bush:
How twitter censors conversation in a non-suspicious way (related to George Bush senior and JFK) 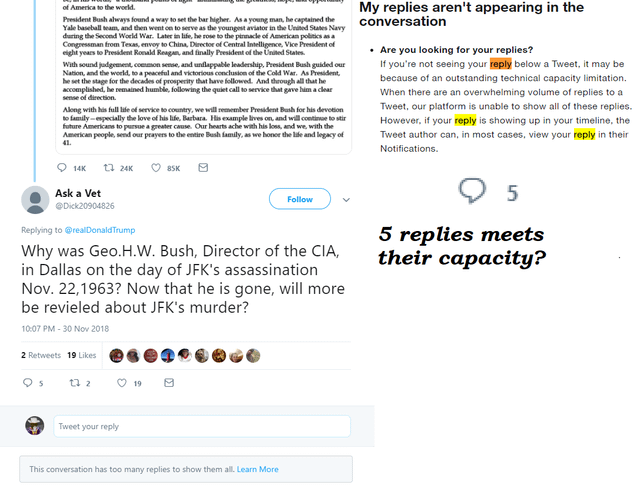 He was the grandson of the person responsible for assigning ammunition contracts in WW1.

His father was a Connecticut Senator who’s company was dissolved by congress for trading with the Nazis in WW2.

He likely was involved with the CIA and the assassination of President Kennedy (Google JFK II) at a time when the CIA had absorbed the Nazi spy apparatus (Google Operation Paperclip).

JFK Jr. named his magazine George, in a clear sign that he knew who killed his father.

In 2021 the remaining CIA files will become unsealed. It was supposed to be this year but Trump extended expiration date as a national security matter.

He was appointed Director of the CIA to squash the Church Commission and testified to congress that propaganda against the citizens of the US by the CIA would continue (Google Church, Commission and Operation Mockingbird).

Ran the Reagan Whitehouse and coordinated the CIA smuggling of cocaine into the US to fund an illegal war in Nicaragua. Traded arm to Iran requiring presidential pardons for these crimes. (Google Tower Commission Report, Gary Webb, Dark Alliance). Fire bombed portions of Panama cleaning up the drug channels.

(It’s said a friend of the Bush family that attempted to assassinate Reagan, which conveniently would have made him President if it had succeeded.) 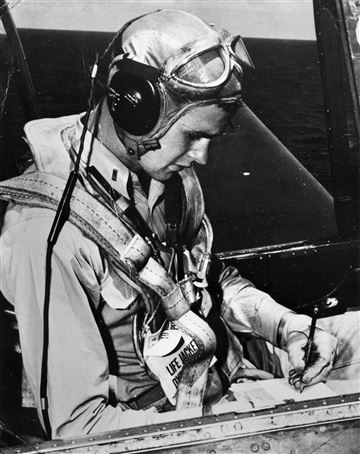 Joining the Navy just out of high school, Bush became the service’s youngest aviator at age 19, seeing considerable action in the Pacific.

Bankrupted the Soviet Union creating the Oligarchy we see today in the Soviet Union used the CIA to begin the war in Afghanistan and created the Taliban using bonds which were to come due in 2001. Hired the Bin Laden family to build military bases in Saudi Arabia. Pitted Iran against Iraq in the Iraq-Iran war. Began the air campaign of the Iraq war on a weakened Iraq.

His son continued his father’s wars with an illegal ground invasion of Iraq and Afganistan after 9/11. Likely 9/11 was staged to destroy the records of the maturing bonds used to fund these crimes and the trillions of dollars of fraud being investigated in the pentagon. His son was torturing, kidnapping, and killing people furthing this lawless campaign, settling scores, and cleaning up loose ends. Guantanamo.

Here is the original investigation of “The Iraq War” by an international war crimes tribunal headed by Ramsey Clark:

Here is the original 1992 expose of the official “Wolfowitz doctrine,” which ordered nuclear primary and “unipolarism”:

There is literally no visible family more politically powerful who have as effectively worked to promote war and undermine America’s moral standing in the world than the Bush family. 4 generations of war profiteering, trading with America’s enemys, drug trafficking, torture, assassinations, and operating outside of the rule of law.

But the mainstream media will maintain the media blackout of even a mention of these crimes against America and the rule of law. It truly is impressive how they can control and shape the narrative.

Lest we forget his secret meeting with Iran setting up the October Surprise. 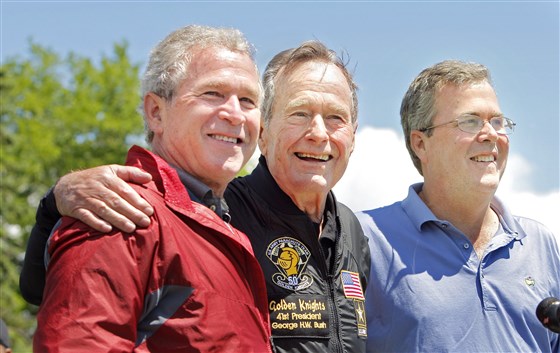 The man perpetrated the worst attack on American soil and has been the shadow figure behind almost every major event in this country since the JFK assassination.

Is the CIA Involved in Drug Trafficking? “I think George Bush is deep into it” – Ron Paul

Here is his father Prescott Bush advising US presidents after he profited from financing the Nazis in World War 2: 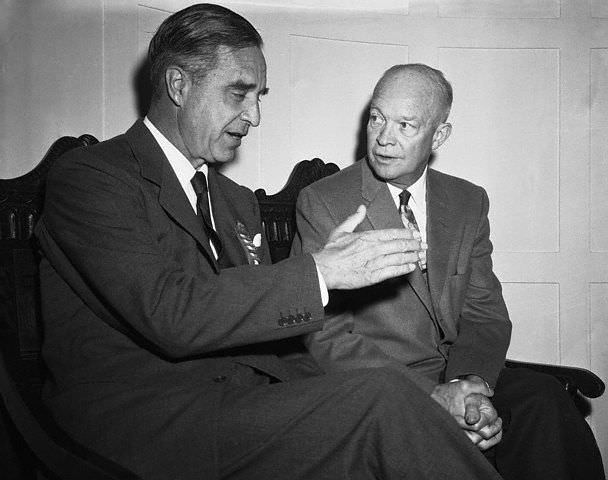 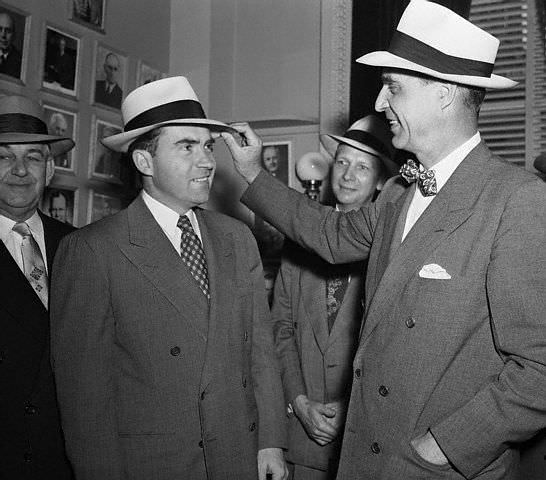 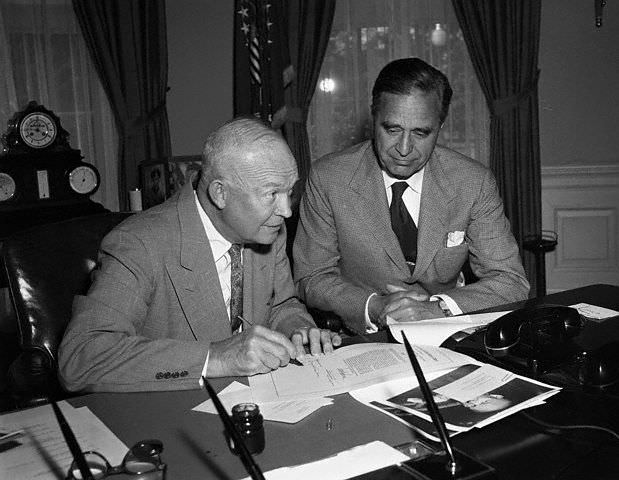 Bushes were setting up a system of unelected power behind the scenes benefiting their cronies in the military welfare complex & oil.

They have wielded power during terms where they were not actually elected. It doesn’t matter that he held one term.

Behind the scenes they had directed presidents for a combined 50 years at least.

It might be mentioned that Prescott Bush (his father) attempted to organize a coup d’etat against Roosevelt but was grassed on by the general he wanted to carry out the strong arm stuff. Roosevelt did not prosecute him for this obviously treasonous act.

That’s a lot of conspiracy theories.

Quite possibly the most in history, likely exceed even the Rothschild family. But isn’t George H.W. Bush also a member of the banking empire?