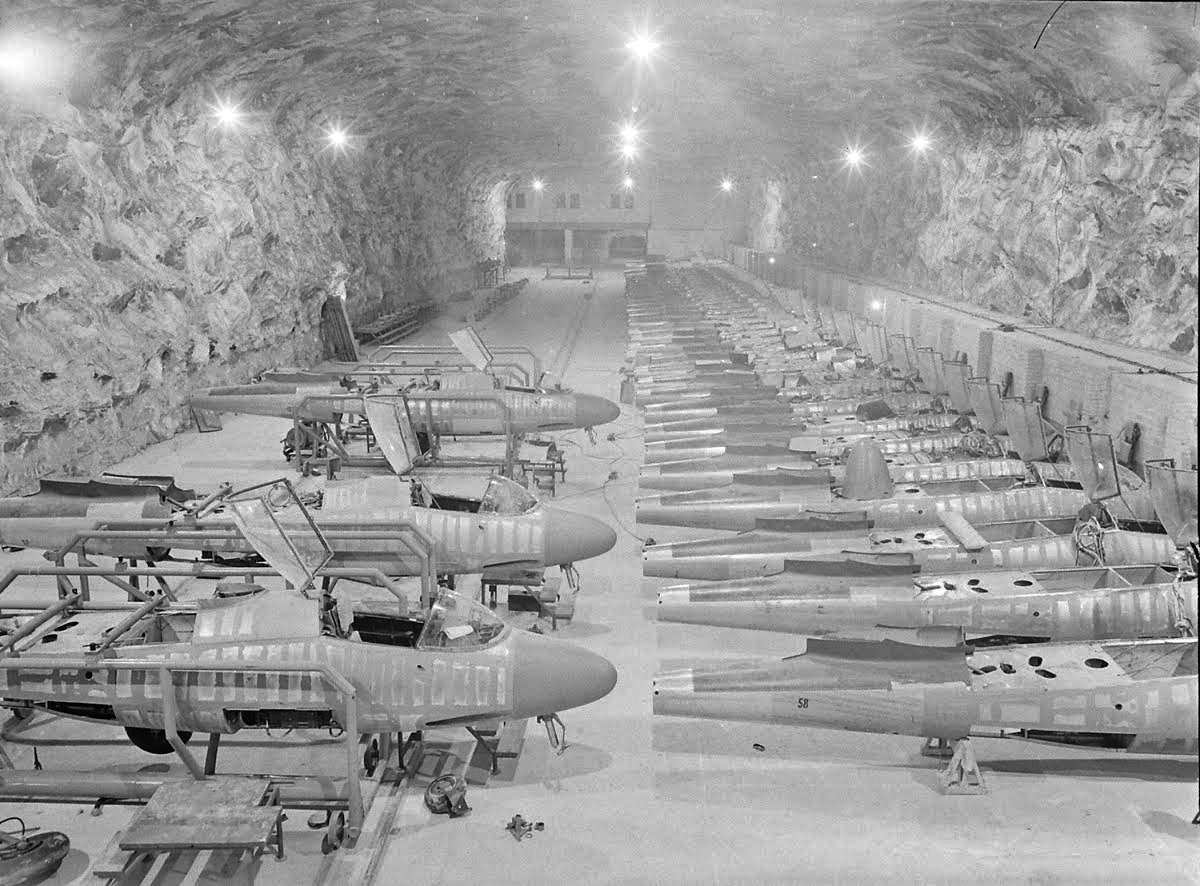 ChristoffRobz225: The aircraft look like Heinekel He 162 jet fighters, the 3rd jet aircraft to make it to operational status with the Luftwaffe although this was right at the end of the war.

Matt872000: That is mighty cool. It looks like something out of a James Bond film.

starkprod: I guess this was desperate times but to my
mind building stuff with metal in a salt mine sounds terrible, so is it?

triptyx: I toured a salt mine in Poland that was also used as a factory during the war. I don’t recall what they said was made there.

thrfscowaway8610: An exercise in futility. Even if the *Luftwaffe* had got jet fighters in large numbers significantly earlier in the war, the Allied material advantage was such that it could only have delayed the inevitable. And not by all that much, either.

Previous Post: « Trump Will Be Re-elected POTUS In 2020, Revealed Time-Traveller From 2030
Next Post: An armed guard provides both caddie services and security at the Leopard Rock Hotel golf course in Rhodesia, December 15, 1978 »