Google is ramping up its war against independent media by hiring 10,000 human censors to stamp out websites and YouTube videos that promote alternative viewpoints. 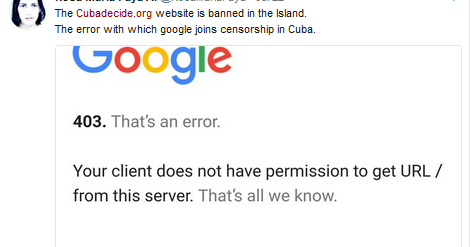 The internet giant announced on December 4 that the new workforce will train its automated systems how to recognise a website or YouTube video that contains messages deemed ‘subversive’ to the mainstream narrative.

Lewrockwell.com reports: Human censors have already reviewed over 2 million videos since June. YouTube has already removed over 150,000 videos, 50 percent of which were removed within two hours of upload. The company is working to accelerate the rate of takedown through machine-learning from manual censorship, according to YouTube CEO Susan Wojcicki in an official blog post.

The hiring drive by Google is yet another advance in the campaign against any expression of political opposition. Other social media giants have implemented measures against “fake news”; Facebook has altered its algorithms to reduce the visibility of certain news stories, and Twitter has banned the Russian-funded media outlets RT and Sputnik from advertising on the platform.

While railing against “extremist content,” “child exploitation” and “hoaxes” in the interest of “public safety,” the ultimate goal of this campaign is the suppression of left-wing, anti-war sentiment.

Any censorship on YouTube will undoubtedly have an immense impact on online political discourse. According to a white paper by technology conglomerate Cisco, video will account for 69 percent of all consumer-based internet traffic in 2017; this is expected to rise to 80 percent by 2019.

YouTube essentially operates a monopoly on prerecorded video sharing and general video monetization, with some 1.5 billion viewers who watch 1 billion hours of video each day on the platform; in 2015, Google policy manager Verity Harding informed the European Parliament, which was then pressuring YouTube to censor “terror-related” content, that 300 hours of video were being uploaded to the platform every minute.

YouTube began removing photographic and video documentation of war crimes in Syria in August, terminating some 180 accounts and removing countless videos from other channels, including footage uploaded by Airwars of coalition air raids that have killed civilians, according to Hadi al-Khatib, the founder of Syrian Archive. YouTube later stated that it would work to “quickly reinstate” any videos and channels that it “removed mistakenly.”

In November, YouTube removed over 51,000 videos concerning Anwar al-Awlaki, the Yemeni-American imam who was assassinated via missile raid by the Obama administration on September 30, 2011. Awlaki was never charged with, let alone convicted of any crime. The mass removal was praised by the New York Times, one of the largest mouthpieces of the American ruling elite, as a “watershed moment.”

YouTube’s automated video removal system, implemented in August, places some videos under a “limited state” which makes it impossible for users to access the videos without already having the URL. Limited videos will not appear in search results, playlists, or viewers’ own histories.

In addition, the videos can no longer be liked or disliked, commented on (all previous comments are hidden as well), monetized, embedded on other websites, or easily shared on social media through YouTube’s share buttons. YouTube has not revealed what criteria it uses to categorize a video as “extremist” and delist it.

The company has also begun using automated demonetization to financially censor video producers who upload content it deems “inappropriate” for monetization, including “controversial or sensitive subjects, war, political conflicts, natural disasters and tragedies, even if graphic imagery is not shown.” In August, the videos of “Ron Paul’s Liberty Report” were demonetized after a “manual review” by YouTube found it “unsuitable for advertisers.”

Julian Assange referred to the action as “economic censorship,” noting that the “unsuitable” videos featured the former congressman’s criticism of president Donald Trump’s decision to send more American troops to Afghanistan, as well as criticizing the US Senate Intelligence Committee for branding Wikileaks a hostile foreign intelligence service.

The system may also pre-emptively flag videos as unsuitable for advertising even before it is uploaded. In the cases where the censorship system cannot evaluate the content of the video—because it doesn’t exist—it bases its decision on the video’s description, tags, and thumbnail.

The requirements to file an appeal against demonetization are extremely demanding, leaving most small producers with zero recourse. To file an appeal, the channel must either have more than 10,000 subscribers, or the video in question must have at least 1,000 views within the past seven days.

Producers are also not informed of when or what in their video the system finds inappropriate. Both small and large producers have complained on Twitter of double-digit percentage drops in new views after their videos have been demonetized, making it even more difficult to meet appeal requirements.

Google is not alone in its expansion of automated censorship. Last week, Facebook announced its newly implemented system to scan users’ posts and contact police and other first-responders, ostensibly to prevent suicide.

Last month, Google admitted to “demoting” content from RT and Sputnik news in its search engine and news service, confirming allegations by the World Socialist Web Site that the company engages in mass political censorship in the name of fighting “fake news.”

The Observer demands Google censor right-wing websites: “The Troll army has broken through all its defences”

After suffering resounding reverses in the Brexit and Trump votes, the Left Establishment is mounting a major counterattack against free speech.

Last week and again this week, the Observer (Sunday sister paper of the Guardian) has pressured Google to censor its search results to filter out “far right” websites that convey “off-message” information.

Google must urgently review its search ranking system because of “compelling” evidence that it is being “manipulated and controlled” by rightwing propagandists, leading academics have said, after the Observer reported that hate sites are now dominating searches on Muslims, Jews, Hitler and women. Cathy O’Neil, a data scientist and the author of Weapons on Math Destruction, said that unless Google acknowledged responsibility for the problem, it would be a “co-conspirator” with the propagandists.

Previous Post: « A Russian couple selling human flesh at the market during Holodomor, the famine of 1921-2 in the Ukraine
Next Post: Venezuela Launching Oil-Backed Cryptocurrency To Destroy The Rothschilds »