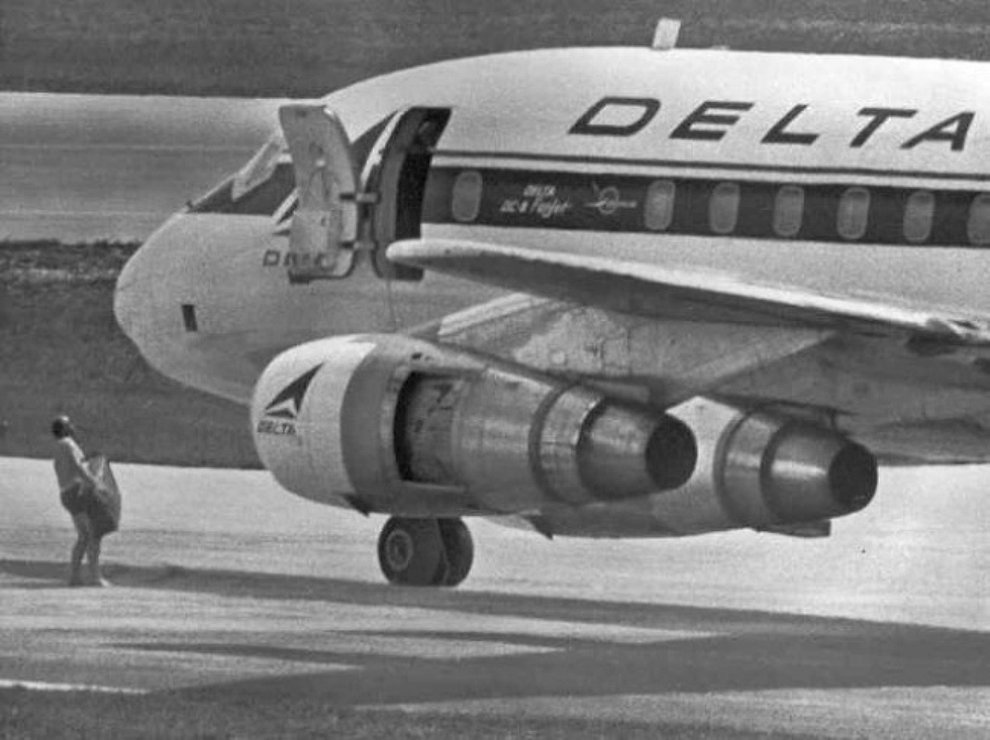 djscrub: The Wikipedia article says that the money was actually carried by an airport maintenance foreman named Ronald S. Fudge. Yet it has no source for that claim, and it links an LA Times article that seems to agree with OP’s link that it was the FBI who wore swim trunks on the runway. I did some quick Googling and can’t find any corroboration for Wikipedia’s version or in fact any sourced accounts that mention Fudge’s role. I wonder where that claim came from and whether Wikipedia needs an edit.

FieldMarshal-Gold: July 31, 1972: Delta Air Lines Flight 841 was hijacked by five members of the Black Liberation Army including the elusive George Wright. The flight was originally from Detroit to Miami. The hijackers exchanged the passengers for $1 million in Miami and forced the plane to fly to Boston, then to Algeria, who returned the plane and cash but released the hijackers.[61][62][63]

Pioneerpie26: Why is he wearing swim trunks?

Previous Post: « Watching the puppet show, Paris 1963
Next Post: “Whatever possession we gain by our sword cannot be sure or lasting, but the love gained by kindness and moderation is certain and durable.” Alexander the Great »