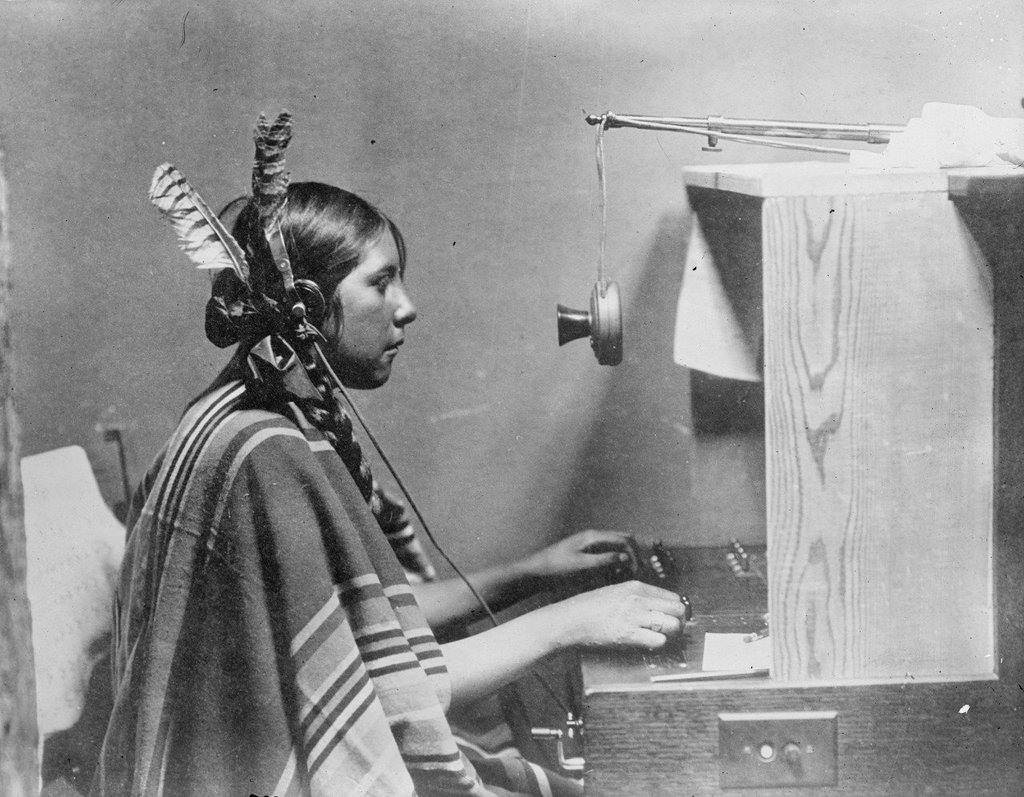 What Deloria, and the quote, is getting at is trying to understand why we find something so odd or funny about seeing an Indian in traditional dress using something ‘modern’ like a telephone, or a car, or a hair dryer. It’s because non-Indians have expectations not only of how Indians should dress, but how they should act and live as well. They are ‘traditional’ hunter-gatherers, highly spiritual, tied to the environment etc., in opposition to ‘us’, who are divorced from the land, increasingly godless, and highly industrialised.

So in addition to all the *negative* stereotypes we have about Indians (drunk, incapable of managing their affairs, corrupt etc.), we also have a lot of *positive* stereotypes that are really important to us. The reason they’re positive stereotypes is because over the 19th and 20th centuries we’ve come to see in the ‘traditional’ or ‘authentic’ (read: primitive) way of indigenous life something valuable that we as colonialists, or westerners, perceive to have lost in our own society, and look to Indians as guides to return to that lost connection with the ‘real’. The classic 1971 ad [The Crying Indian](https://www.youtube.com/watch?v=uGu4AwL5Kho) is a perfect example of this.

Now no one is saying that Indians can’t be any of those positive stereotypes, and like most stereotypes there’s a lot of truth in them. But the issue is that when we see Indians acting in ways that we don’t expect, something ‘modern’, like using a telephone, we get flustered because we’re so invested in the positive, ‘primitive’ stereotype of Indians (and lots of the negative too). We expect to see Indians acting in ways that *we* see as authentic. Important here is that it’s us defining what is authentic, or modern, rather than using their own definitions for it and respecting it.

To sum up, the book is arguing that the whole dichotomy between Indian ‘primitiveness’ and ‘modernity’ is a fabrication constructed largely by non-Indians for their own ends. Hope that makes sense and isn’t too convoluted, and happy to answer any more questions if you have them.

« “Accidentally” spilling your water on your co-anchor
“The way to get started is to quiet talking and begin doing.” Walt Disney »