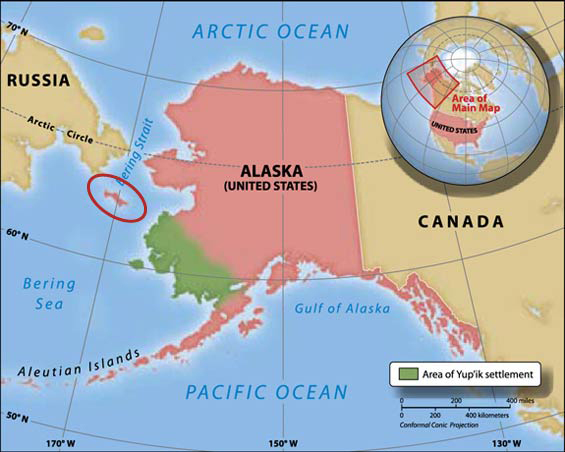 Granted, they may not have figured it was a whole continent right off the bat. But someone must have gone there for untapped lumber and other resources.

Didn’t they ever sail southward to see how far that “Island” went?

kieslowskifan: Well, the Grand Duchy of Moscow (aka Muscovy)- which is the name of Russia ca. 1492- had not really expanded to the Pacific. This [map](https://faculty.unlv.edu/pwerth/Russia-Expansion-Asia.jpg) shows that the furthest extent of Moscow’s in the late-fifteenth century was just about to the Ural mountains. The seventeenth and eighteenth centuries witnessed an increased Russian penetration of Siberia, as seen in this [map](https://upload.wikimedia.org/wikipedia/commons/9/9c/Russia_1533-1896.gif).

This expansion was a simultaneous missions for setting up trading missions, bringing the various Siberian peoples under political control, small-scale settlements, and for exploration. Ivan Moskvitin reached the Pacific in 1639 and the Danish emigre Vitus Jonassen Bering explored the sea between Alaska and Asia that would bear his name in the 1730s. Expeditions like Moskvitin’s and Bering’s were grueling and covered vast distances. The terrain between Moscow and the Pacific is large and very difficult terrain Exploring the region was difficult and settling the area was an even greater long-term process.