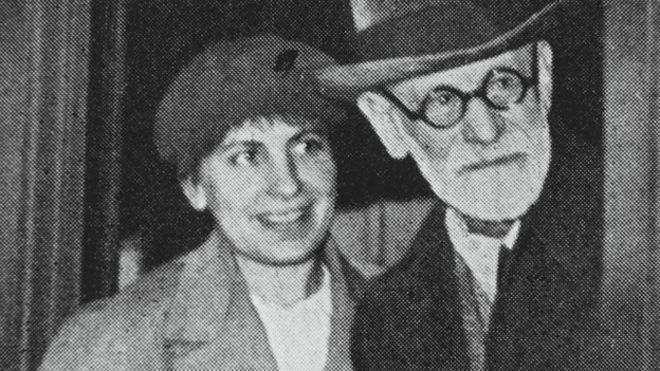 Anna Freud was an Austrian-British psychoanalyst. She was born in Vienna, the sixth and youngest child of Sigmund Freud and Martha Bernays. She followed the path of her father and contributed to the field of psychoanalysis. Wikipedia
Born: December 3, 1895, Vienna, Austria
Died: October 9, 1982, London, United Kingdom
Known for: Child analysis, Ego psychology
Awards: Decoration of Honour for Services to the Republic of Austria

Quotes
I was always looking outside myself for strength and confidence but it comes from within. It is there all the time.
Creative minds have always been known to survive any kind of bad training.
My different personalities leave me in peace now.

« American soldiers give water to a wounded German soldier in Limay, France in 1944
“…I must stand with anybody that stands right…and part with him when he goes wrong.” Abraham Lincoln »