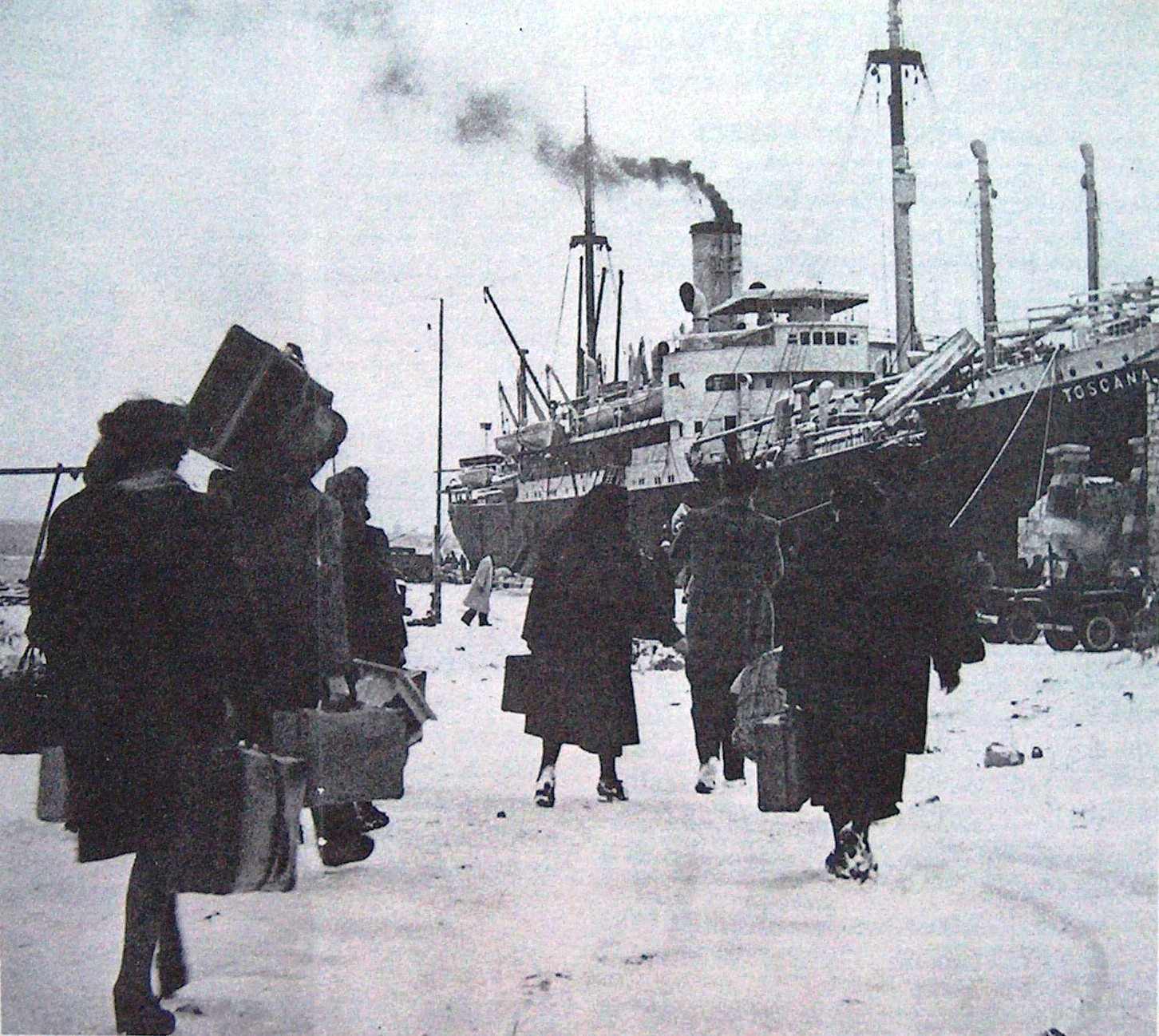 MasterFubar: Having to choose between socialism and capitalism, they voted with their feet and their boat tickets.

lapin7: Don’t try to relate the image to their shallow understanding of politics and history might want to flick through the list of post-war Italian election results which begins here: https://en.m.wikipedia.org/wiki/Italian_general_election,_1946

The Italians were the most pro communistic voters in the western sphere and it was a long-term headache for NATO. The millions of votes given to communist and socialist platforms over several decades, which combined often approached a majority, are like nothing else in European history.

The emigration from Pula indicated in the submission relates to the fact that the population was Italian and the Yugoslavs had finally gained control over this part of the world – following the atrocities in Yugoslavia during WW2, and decades of history before that, the enmity was unbearable. Even a momentary look into the topic would have made this obvious: https://en.m.wikipedia.org/wiki/Istrian-Dalmatian_exodus

Not everything is about your political inferiority complex. It’s sad to see internet commenters using the image of thousands of people fleeing their hometown to gloat about how great capitalism is.

rguk: Thought this was a spelling mistake by op. But Pula in Croatia was/is also known as Pola.

Previous Post: « The End Of Bitcoin Is Nigh. Money Mafia To Obliterate Cryptocurrencies. Folks Appeal For Ending Of Central Banking
Next Post: “If someone is incapable of distinguishing good things from…” Epictetus »