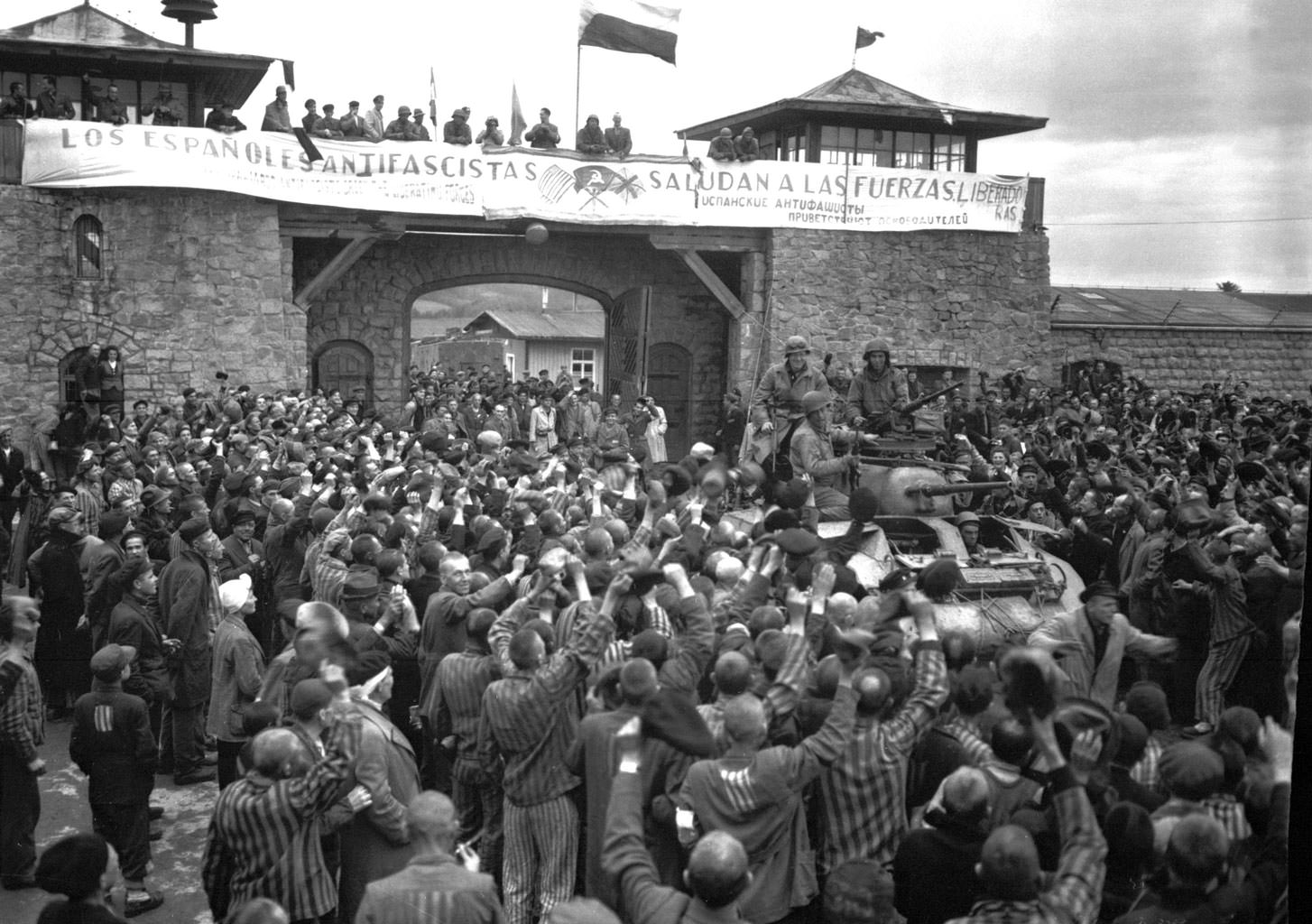 DisfunkyMonkey: Why is the sign in Cyrillic and Spanish if this was an Austrian prison liberated by US forces?

guitarded62: Zoomed in to see all the smiling faces, and just off to the right of the gun on the turret looks like a large skull wearing a black hat celebrating the liberation.

deiutz1: Mofos trying to make “Antifa” into a derogatory term these days.

Matzster: This picture was taken a few days after the event because during the liberation no one had a camera ready. I think a Spanish inmate took this photo, if my merry isn’t flawed.

Previous Post: « “It’s hard to beat a person who never gives up.” George Herman Ruth
Next Post: “The capacity to be alone is the capacity to love…” Osho »