Just As We Learned from United Nations: Israel Have Murdered 40 Palestinians In 3 Weeks 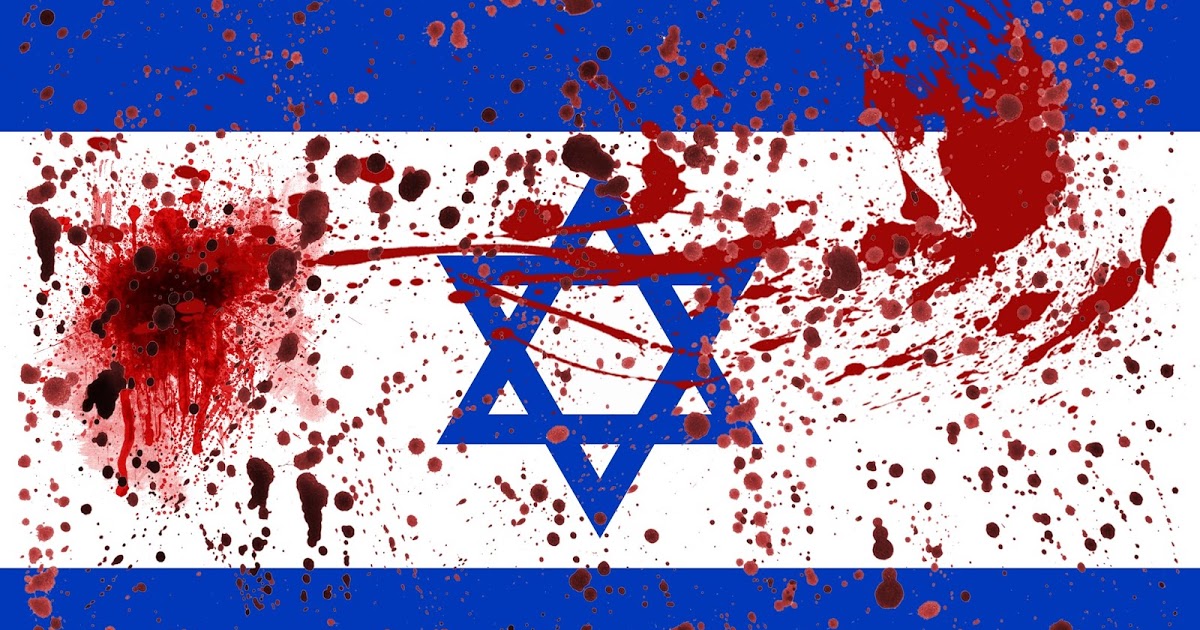 Forty Palestinians have been murdered and 5,511 seriously injured due to extreme Israeli aggression along the Gaza Strip, the UN has warned.

According to the United Nations Office for the Coordination of Humanitarian Affairs, since the mass protests on March 30, Israeli authorities have resorted to illegal acts of violence to keep the protesters at bay.

“Gaza’s health sector is struggling to cope with the mass influx of casualties, due to years of blockade, internal divide and a chronic energy crisis, which have left essential services in Gaza barely able to function,” stated the report.

The information is based on figures from the Palestinian Health Ministry in Gaza and OCHA says the data is a preliminary snapshot only and further information is pending.

On Wednesday, the Palestinian Health Ministry in Gaza reported the death of Ahmed Abu Hassin, a press photographer who was shot two weeks ago during the protests.

The protests will continue even after May 15, the day the Palestinians mark the Nakba (Catastrophe) – the founding of Israel – said Ismail Haniyeh, the head of the Hamas political bureau, on Wednesday. “The Palestinian people will demonstrate throughout Ramadan to deal with the many challenges facing us, and first of all the peace plan promoted by U.S. President Donald Trump, called the ‘Deal of the Century,’” said Haniyeh.

Another Palestinian Journalist Killed By IDF 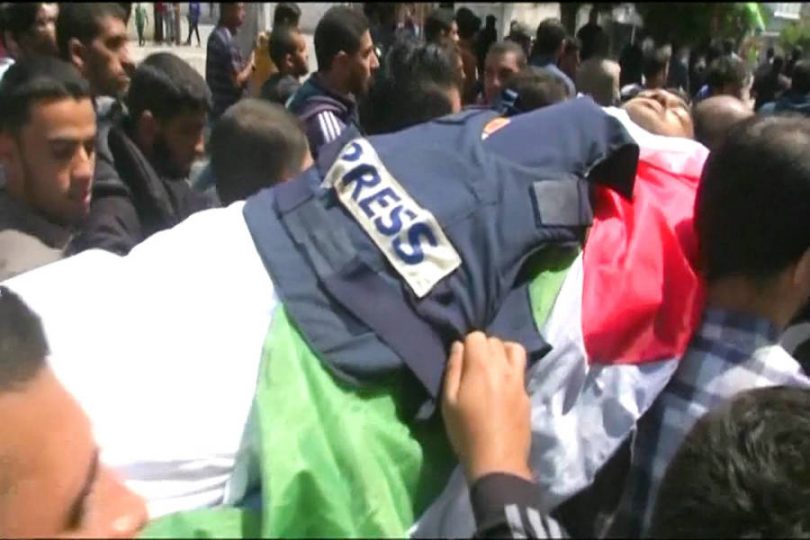 Ahmed Abou Hussein, who died of his injuries on Wednesday, was shot in the stomach by an Israeli sniper on April 13 even though he was stationed at a permissible distance from the border fence.

Hussein is the second Gazan journalist to be killed by IDF live fire over the past month, and one of 40 Palestinians killed during the ‘Great Return March’ protests.

RT reports: The photojournalist, 25, was reportedly hit in the stomach during the third week of the protest. Israel’s 1-24 News, citing the Palestinian Journalists’ Syndicate, reported that he was one of a number of journalists wounded that week. Hussein’s death was confirmed by the Gaza Health Ministry on social media.

Hussein is the second member of the media to be shot by an Israeli sniper since the protests began. Journalist Yasser Murtaja was killed on April 7 despite pictures showing “PRESS” emblazoned across the front of his protective jacket.

Responding to questions from RT about Murtaja’s death and reports that IDF soldiers targeted members of the media, a defense spokesperson said: “The IDF does not intentionally target journalists. The circumstances in which journalists were allegedly hit by IDF fire are not familiar to the IDF, and are being looked into.”

Israel has been instigating war with Iran since time immemorial. However, it appears the Jewish state neither has the courage nor the confidence to attack the Persian state on its own. Israel has been trying to get U.S. to annihilate Iran for them. But Americans have voiced it out loud and clear that they’re not willing to die for Israel. 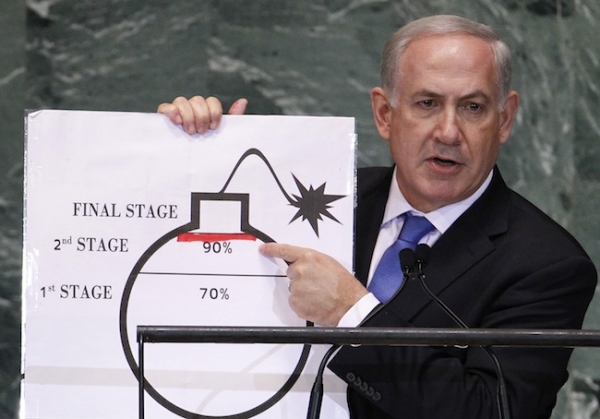 Israel Warns It Will Strike Tehran If Provoked

Lieberman’s threats come as the two countries confront each other over the Syrian crisis.

Coastal Tel Aviv is Israel’s commercial capital, where its military is headquartered.

An Israeli-Iranian showdown has been looming since February 10, when Israel said an armed drone which was sent from a Syrian base penetrated its air space.

Israel destroyed the drone and carried out a raid on Syrian air defences in which one of its F-16 jets was downed.

On April 9, an air strike killed seven Iranian Revolutionary Guards Corps members at the Syrian base.

The Israelis say their strikes are aimed at preventing Iran’s garrison in Syria from entrenching itself deeper in support of President Bashar al-Assad and linking with Hezbollah in Lebanon to form a broad front against them.

Mr Lieberman added: ”Every outpost in which we see Iran positioning militarily in Syria, we will destroy, and we will not allow this no matter what the price.”

Iran, which does not recognise Israel’s right to exist, has frequently issued threat to strike the city.

The two countries have been at loggerheads for decades, and have effectively been fighting a proxy war since the mid-2000s.

Earlier this year, Israel for the first time admitted that it bombed a suspected Syrian nuclear reactor in 2007.

Intelligence minister, Israel Katz, tweeted: “The 2007 operation and its success made clear that Israel will never allow nuclear weaponry to be in the hands of those who threaten its existence – Syria then, and Iran today.”

Tensions have been further stoked since the election of US President Donald Trump, who is threatening to pull the plug on a deal brokered by predecessor Barack Obama whereby Iran agreed to limitations on its nuclear energy programme in return for the lifting of some economic sanctions.

Mr Trump claims the deal is too lenient and that Iran has already broken some aspects of the deal.

What could be the next move as time is running out for Zionist warmonger Benjamin Netanyahu?