Apparently The Milk & Honey Land Is Not Exactly A Democracy As Claimed.

Israel have announced plans to blacklist any citizen who dares to support the Boycott, Divestment and Sanctions (BDS) campaign. 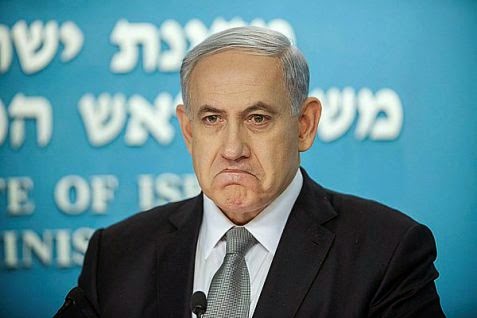 Israel moves to create punitive ‘blacklist’ of citizens who back BDS

Citizens or organizations who support a boycott of Israel from receiving tax breaks or from participating in government bids will find themselves bereft of government contracts and funding, Israeli’s Finance Minister Moshe Kahlon confirmed.

Middle East Monitor reports: Israeli officials in the strategic affairs ministry “expect a list of Israeli citizens and organisations who support BDS” to be compiled, in addition to “the existing list of foreign groups that promote BDS”.

The paper continued that “if and when the new regulations are approved, an inter-ministerial team will begin work on” a list “for local groups and activists under the supervision of legal advisers”.

Sources in the strategic affairs ministry “said that the effort would focus on central groups and activists – including Israelis – and not on people who are critical of Israel and believe Israel should be boycotted”. Israel is ramping up its crackdown on the pro-Palestinian Boycott, Divestment and Sanctions movement as the government plans a blacklist for citizens and companies in Israel that support the movement to then deny them tax breaks and other state benefits, Israeli media reported Thursday.

Those blacklisted would be prevented “receiving benefits from the government or government contracts and jobs, said the officials”.

Finance ministry officials, meanwhile, “said that anyone who is to be sanctioned under any new regulations would first be summoned for a hearing on the matter.”

In addition, Haaretz reported, Israeli authorities are “working to advance an amendment to the Boycott Prevention Law that would allow the filing of civil lawsuits against boycott activists and organisations”.

Israeli law does not distinguish between a call to boycott settlements in the occupied West Bank and a general boycott of Israel.

Such a list would be a complement to the already-existing Boycott Prevention Law that lists foreign organizations and individuals supporting the BDS and ban them from entering the country or doing business or work in Israel. A list of those people and organizations was published in January.

The BDS movement was launched in 2005 to promote a peaceful action around the world to help end Israel’s abuses against Palestinians, by cutting off cultural, academic, and economic ties with the state.

Supporters of the movement argue that the latest Israeli offensive against boycott efforts is evidence that the campaign is fruitful and is hurting Israel internationally as many global artists, prominent figures and companies have in fact positively responded to calls by the pro-Palestinian activists for boycotting Israel.

The latest endorsement of BDS came from New Zealand singer Lorde when in December she canceled a show in Tel Aviv after two fans wrote an open letter asking her not to perform in Israel, as that would be seen as supporting the state’s abusive policies and occupation in Palestine.

She was then attacked by the Israeli right-wing government and its supporters, prompting more than 100 artists, actors and authors from around the world to pen a letter in support of her endorsement of the pro-Palestinian boycott. 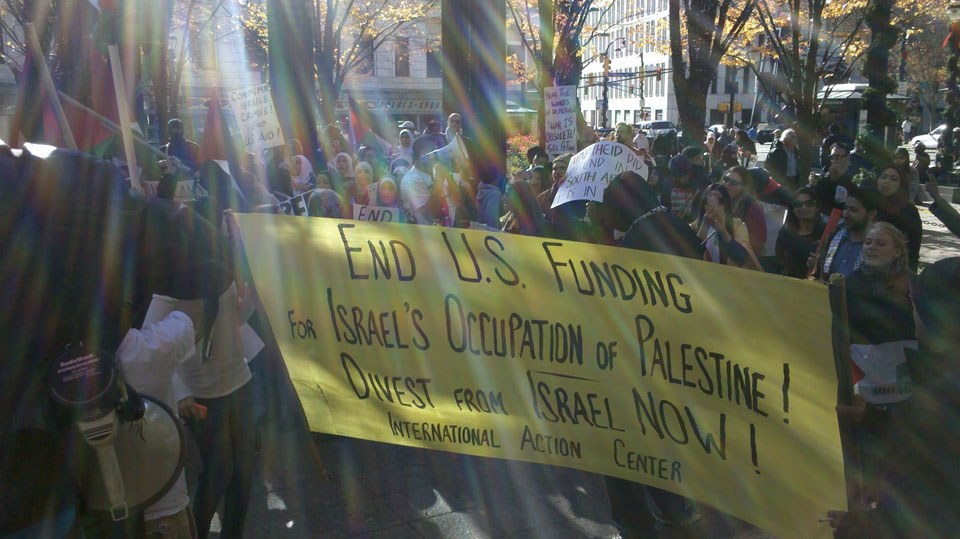 A controversial anti-boycott law is being used to sue two New Zealand nationals who took credit for persuading Grammy-winning pop star Lorde to cancel her concert in Tel Aviv. 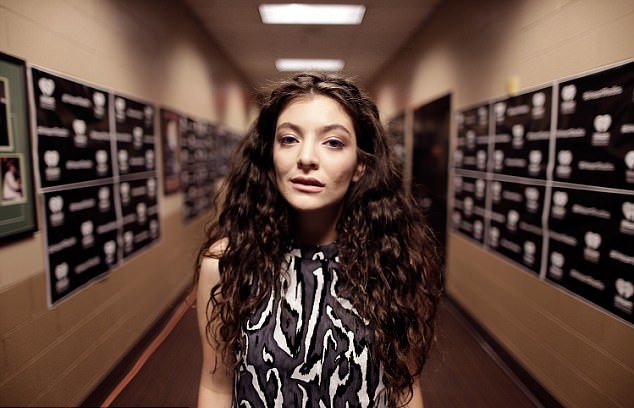 The two women, Justine Sachs, who is Jewish, and Nadia Abu-Shanab, who is of Palestinian heritage, wrote an open letter to the singer last year that called on her to “take a stand” against Israel’s policies toward the Palestinians.

The women called on the New Zealand singer to “join the artistic boycott of Israel” and cancel the show.

More than 100 writers and artists signed a letter in support of the New Zealand singer Lorde after she was harshly attacked over her decision not to perform in Israel following calls to boycott the country by pro-Palestinian activists.

“We write in support of Lorde, who made public her decision not to perform in Israel and has now been branded a bigot in a full page advertisement in the Washington Post,” the well-known actors, directors and musicians wrote in a letter published by The Guardian.

“We deplore the bullying tactics being used to defend injustice against Palestinians and to suppress an artist’s freedom of conscience. We support Lorde’s right to take a stand.”

The letter, signed by the likes of Angela Davis, Mark Ruffalo, Roger Waters, Alice Walker, Tom Morello, and Talib Kweli, slammed the author and promoter of the ad right-wing Rabbi Shmuley Boteach for his vicious attack on Lorde, saying he “has nothing to teach artists about human rights.”

They pointed to the fact that Boteach “supports Israel’s illegal settlements and wrote last month on Breitbart to thank Donald Trump for “electrifying the world” with his recognition of Jerusalem as Israel’s capital in defiance of international law.”

The inflammatory ad criticized the popular singer for performing in Russia “despite Putin’s support for Assad’s genocide in Syria,” referring to Syrian President Bashar Assad.

Lorde replied to the post on Twitter, writing: “Noted! Been speaking [with] many people about this and considering all options. Thank u for educating me i am learning all the time too.” She subsequently cancelled the June concert.

Israeli rights group Shurat HaDin used the 2011 anti-boycott law for the first time to file a lawsuit at a Jerusalem court on Wednesday against the pair. It is filed on behalf of three ticket holders who were due to attend the Tel Aviv concert.

It seeks “real consequences to those who selectively target Israel and seek to impose an unjust and illegal boycott against the Jewish state.”

“They must be held to compensate Israeli citizens for the moral and emotional injury and the indignity caused by their discriminatory actions,” it added.

In response, Sachs tweeted: “Israel the only ‘democracy’ in the Middle East where New Zealanders get sued for exercising their freedom of speech…in New Zealand.”

The New Zealand singer canceled her show after two fans wrote an open letter asking her not to perform in Israel, as that would be seen as supporting Israel’s abusive policies and occupation in Palestine.

Her decision to cancel the show was celebrated by the Boycott, Divestment, Sanctions Movement, or BDS, and its supporters but she has been the target of heavy criticism from Israeli politicians and media.

The pro-Israeli groups “immediately” attacked the city’s council over the “anti-semitic” resolution backed by the Palestinian boycott movement. Human rights activists earlier this month celebrated the passage of a historic resolution pledging to take steps to avoid contracting with or investing in corporations complicit in human rights abuses — but their victory was short-lived. On Thursday, New Orleans withdrew the resolution after backlash from Jewish groups and pro-Israel politicians prompted city council members to reconsider their support.

“They were opposed to human rights accountability for all groups if it meant that Israel might be held accountable for the denial of Palestinian human rights.”

The resolution had made New Orleans the first city in the South — and one of the largest in the country — to pass an initiative in accordance with the campaign to boycott, divest from, and sanction Israel for its occupation of Palestinian territories, known as BDS.

Immediately after the resolution’s passage, the Jewish Federation of Greater New Orleans and the local chapter of the Anti-Defamation League teamed up and “undertook an aggressive effort to combat a legal instrument” they called harmful to the city and its Jewish community. (Neither the Jewish Federation nor the ADL returned requests for comment.) The resolution had also sparked a backlash among politicians on the national stage. Louisiana’s Republican Sen. Bill Cassidy attacked the city council in a fundraising email for his re-election campaign. “While city council members feigned innocence, claiming to be totally unaware of the resolution’s anti-Israel and anti-Semitic meaning, pro-BDS activists and anti-Semites around the nation rejoiced,” Cassidy said in the email.

In wiping away the resolution, however, Israel’s most fierce defenders have staked out a position in which no criticisms of any human rights violations are possible so long as the avenues for criticism might ensnare Israel. The resolution had made no mention of Israel or the BDS movement, though the local Palestinian Solidarity Committee helped draft it. The language was purposefully broad, organizers said, in order to be inclusive of other marginalized groups and provide accountability for an array of human rights causes… More

The NOLA City Council is not allowing all human rights supporters into the room, so they are raising their signs to the window, demanding to be heard. #HumanRightsNOLA pic.twitter.com/kQAdsvDxxO

« An Argentine rocket launcher mounted on a child’s playground slide. Goose Green, Falkland Islands, 1982.
“Believe in yourself! Have faith in your abilities! Without a humble but reasonable confidence in your own powers you cannot be successful or happy” Norman Vincent Peale »