zenmasterzen3: Multiculturalism is for the goy only!

BanMikePantsNow: Typical Israeli hypocrisy, since Israel’s backers have been pushing the immigration agenda on the rest of the world.

infatuatedwithfilth: SS: Israel is the most racist place on the planet. Hitler’s dream of an ethnostate, only realized for his enemy and birthed as a direct result of the fuehrer.

These most vocal denouncers and accusers of racism are the same people who maintain racist policy to force a “Jewish demographic majority” in their illegal land grab:

Maintaining Israel’s demographic majority, but at what cost?

BanMikePantsNow: And yet, Israel’s backers have been pressuring the US and Europe to eliminate immgration barriers. 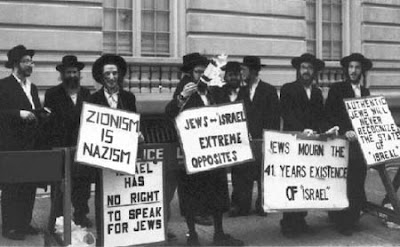 hidflect1: They call them “infiltrators”. See the video of racist, hate speech with your own eyes.

While the proud racists are simultaneously “on the front line” in conspiring to flood Europe with those who they deport:

No-Anti-Semite: Which Arab is not a Semite? Please stop abusing the word “Semite” … Nazi hates racist Jews, not Arabs.

cloudsnacks: Israel is the alt-rights dream, except for all the Jews

Gans_Ruedi_Higer: It’s hard not to laugh, when you find out it’s being referred to as:

nazi-wuz-right: Israelis are a bunch of selfish racist bullies. Just look at the way they built the wall > way beyond the “green line” border and cut right into the occupied territory … Doesn’t this tell the kind sicked mentality these holier-than-thou people? The Germans under Nazi were right after all. 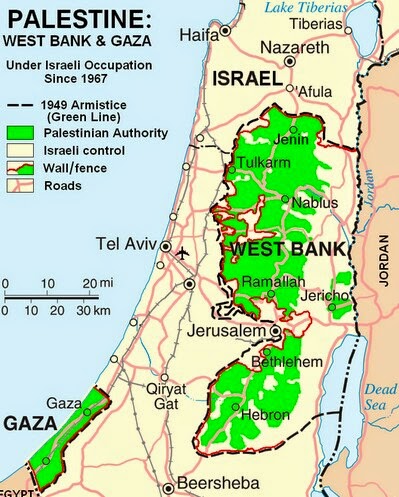 no-class: Israelis are a bunch dangerous Racist Bigots. It’s okay for them immigrate everywhere, but no one has the right to live in their place – even kicked out the native Palestinians. They infiltrated and corrupted the local government (U.S. in particular), siphoned local money to fund their perverted state ($39 billions from U.S. alone, U.K. is the other more prominent victim). I think these people are asking for disaster if they continue to live in this world with their perverted view.

This illustrates exactly what happened all these while …

Ever wonder why the Jews have so many critics eg. Henry Ford, who they call a rabid anti-semitic?

“Lets me put it this way, when there is action, there will be a reaction. And if the reaction is negative (just like the Holocaust), it simply means the action has been negative.”

How come all these liberal magazines and activists always ask for open borders and immigration for every country around the world except Israel? 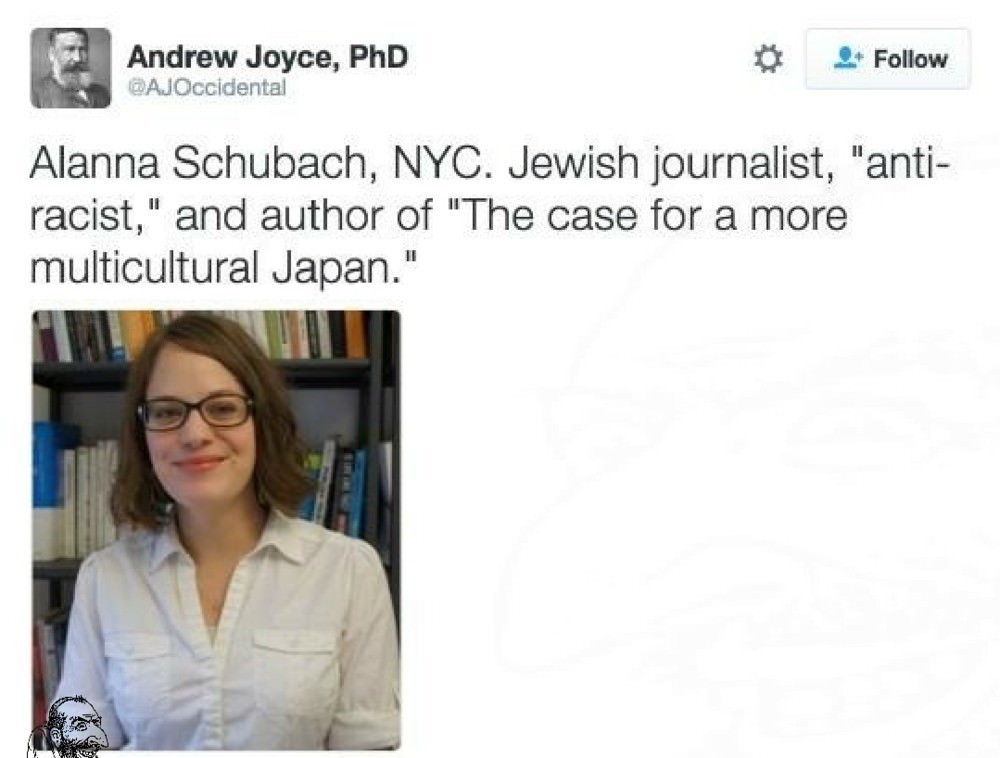 Source
Economommy: Because Israel gets to siphon lotta money from everywhere (U.S. alone $39 billions ), they want to make no one except their kind get to enjoy the loot.

SWarsW: The japanese just laugh at these people

omniscient: I have yet to see one for Israel. Apparently they still call Israel a “Jewish state”. Why isn’t Israel open to the world?

Economomommy: Other than money as mentioned earlier, it’s racism and bigotry > Non-Jews are beasts and insects  (hint: where do you think Muslims got their racist/bigotry ideas from?)

CovfefeAddictedMonky: Anyone calling themselves anti racist is almost definitely racist. Spending time with race obsessed SJWs has done nothing for me except now when I see a black person I occasionally think, oh, they’re black.

TheLonelyDevil91: You know how liberals wants open borders, isnt that the same agenda for the NWO? And the liberals are the people who obssesed with the warnings of NWO or Illuminati.

Spider_Goat7: Liberals are more anti-Israel than the right.

jerkedit: Is Israel a desired destination? Other than the consistent Arab/Islamic immigration seen in Israel, where else should they be coming from? I have zero desire to emigrate to Israel, but I’d consider Japan, Europe, USA, Australia, China…

CrazyCommunistBernie: Aside from the random liberal bashing in this thread I have yet to see a person in real life advocate for open borders.

Then again the right and the left are severely conflicted with Israel. The right has more rabid support of Israel because “God”. Just read some Breitbart but they also a lot of people who see their genocidal crimes.

Some of the left only supports them because of the guilt imposed upon them by the holocaust. Other real leftists can see the ethnostate stemming from Nazi Israel.

I honestly don’t see how anyone can defend Israel ever. Watch a video or two of the jews talking about their situation in Israel. It’s okay what they are doing because “God gave this land to them”. Christians love it and directly support it because Jesus was a Jew I guess and something about raptures. So the neo-cons been pumping money and support and protection since Israel’s creation. Haley just recently cut funding to the U.N to show displeasure of talking bad about the jewish state.

Also never forget [Harvey Weinstein “I Am Israeli in My Heart & Mind”](https://www.youtube.com/watch?v=KqbY-GlUMrk)

zenmasterzen3: Shut up goyim multiculturalism is only for the goy!

nisaaru: Do you know what the real kicker is?

That so called leftist/liberal people support a top down eugenics program but don’t allow local people to make their own conscious/subconscious eugenics decisions.

One recent night, Pastor Bruce Mills of the Jerusalem Baptist Church appeared before a group of clergy of various Christian denominations. They wanted him to explain why American evangelical Christians were so elated by President Trump’s decision to recognize Jerusalem as Israel’s capital.

The divide between evangelicals and other Christian denominations reflects two views of Jerusalem — one traditional and political, the other literal and theological. The key to understanding this rift is the evangelical belief in what is necessary to pave the way for the second coming of Jesus.

For many Holy Land Christians, Trump’s declaration was about as welcome as a biblical curse.

Hours before the declaration on Dec. 6, Jerusalem’s Orthodox Christian patriarchs and heads of local churches sent Trump a letter predicting that “such steps will yield increased hatred, conflict, violence and suffering in Jerusalem and the Holy Land, moving us farther from the goal of unity and deeper toward destructive division.”

The world has said it loud and clear: F— Off Fascist Racists/Bogots

Israeli Prime Minister Benjamin Netanyahu has repeatedly thanked Trump for his declaration, on Friday saying that he believed “many other countries will do the same.” The day before, the United Nations had voted overwhelmingly to denounce the declaration, with just nine countries, including Israel and the United States, voting no.

But the division between Christians and Jews is no less dramatic than the discord among Christian denominations.

When Vice President Mike Pence announced that he would be visiting Israel — a visit that was later postponed — many members of the local Christian clergy said they would refuse to meet with him. On the Wednesday before Christmas, at an annual gathering with journalists, Father Pierbattista Pizzaballa, one of the most senior Catholic officials in the Holy Land, called the visit “a problem.” 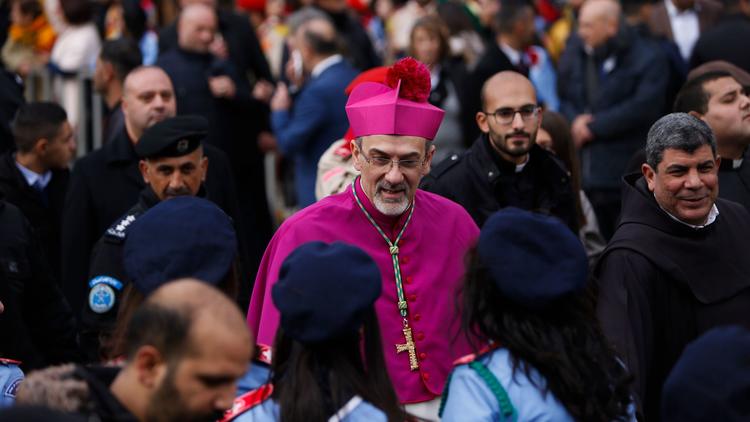 The Latin patriarch of Jerusalem, Pierbattista Pizzaballa, arrives to the Church of the Nativity, built atop the site where Christians believe Jesus was born, on Christmas Eve in the West Bank city of Bethlehem. (Majdi Mohammed / Associated Press)

Pence is one of the Trump administration officials most closely identified with the evangelical movement. His Mideast tour was originally conceived by the White House as a visit of solidarity with beleaguered Christian communities in the Middle East.

Pizzaballa, the apostolic administrator of the Latin Patriarchate of Jerusalem (which covers all Catholic dioceses in Israel, the Palestinian Authority, Jordan, Syria, Lebanon, Cyprus, Egypt and Rhodes) said of Pence that “even the biggest sinner in the world cannot be told not to come to church if he wants to pray.” But neither, he said, can Christians ignore the political consequences.

“The local Christians here are Palestinians,” Pizzaballa added. “Their vision about Jerusalem is as Palestinians. As Christians, of course, we also have something that goes beyond a political vision, universality and religious symbolism,” but the views held by his worshippers and American Christians, are, he said, on the whole “two completely different approaches.”

According to Mills, evangelical Christians constitute less than one-tenth of 1% of the population of Israel. The Israeli government does not keep statistics on affiliation with specific Christian denominations, but the vast majority of Israeli Christians, about 700,000, or 2% of the country’s population, belong to what Mills calls “the historic churches,” the Orthodox and Catholic denominations that trace their roots to the time of Jesus.

« “The whole aim of practical politics is to keep populace alarmed (and hence clamorous to be led to safety) by menacing it….” HL Mencken
MAGA – Happy 2018 & MSM Cognitive Dissonance about Trump »