“Men judge generally more by the eye than by the hand, for everyone can see and few can feel. Every one sees what you appear to be, few really know what you are.” Machiavelli

“It is better to be feared than loved, if you cannot be both.” 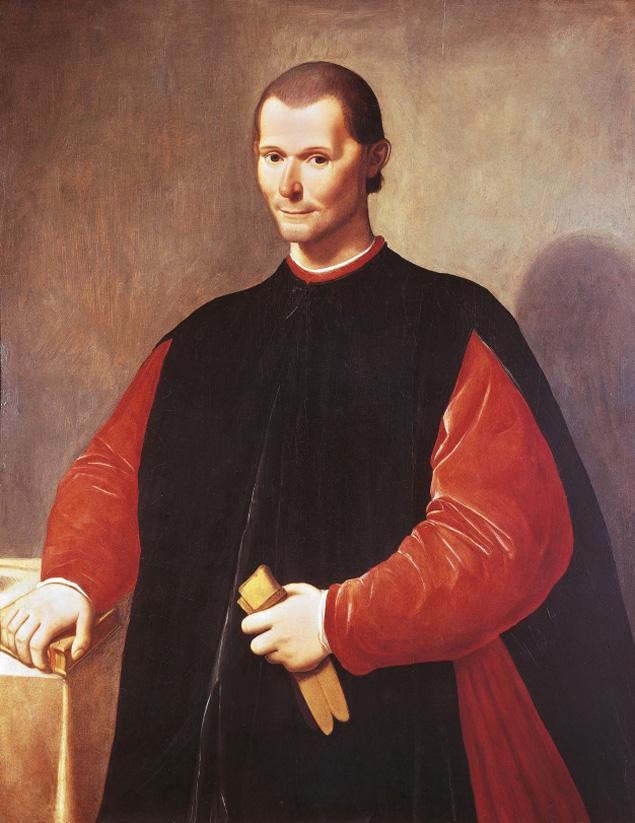 “It is better to be feared than loved, if you cannot be both”… As we lose one “Prince”, We Study Another

Niccolò Machiavelli is a name known to many. We all know (with a name like Niccolò… it’s pretty obvious) he was Italian, we know he wrote “The Prince” and we know that he is quoted by posh academics. Often. And at length.

But what else is known about our man Machiavelli? For instance, did you know that he was once imprisoned by the Medici family for three weeks and tortured under his supposed involvement in a conspiracy against them? Or that he was in Rome during the time of the Borgia rule and witnessed the cruel and (dare we say it…) anti-Christian dealings of the family to their subjects? No, you weren’t aware? Well, well… sit back, relax, and allow us to (briefly) enlighten you! (Niccolò would be so proud.)

Screen Shot 2016-05-03 at 10.11.03 AMNiccolò di Bernardo dei Machiavelli was born on the 3rd of May, 1469, to a well-respected Florentine family that is believed to have been descended from the old Marquesses of Tuscany. During the years of Niccolò’s youth, battle for power in Italy raged on and on… Italy consisted of many separate city-states, all ruled separately (imagine that) and the struggle for power of the different states was consistent. In 1494 Florence banished the Medici family (though they had been ruling over Florence for over sixty years) and restored a Republic government to the city-state. In this new Republic, Machiavelli was appointed to a medieval writing office that placed him in charge of the production of official Florentine government documents. Also during this time, Machiavelli was made the Secretary of a council called the Dieci di Libertà e Pace, a group which was entitled to a separate control over some departments of the interior.

With these two highly coveted positions, Machiavelli went on several diplomatic missions, most notably to Rome (where he witnessed the somewhat savage practices of the Borgia pope) and to both the French and Spanish royal courts. These missions had a great influence on Machiavelli’s political opinions and played a key role in his later literary works. Unfortunately, at what one might consider the peak of his political career in 1512 (at one point just a few years earlier he had been responsible for the entire Florentine militia), the Republic of Florence was overthrown and the Medici family returned to power. Accused of acts of conspiracy against the Medici family, Machiavelli was imprisoned and tortured (thought to have had both shoulders dislocated… ouch) but was released a few weeks later and exiled to his father’s country property south of Florence.

It is during the years he spent at his father’s estate that he wrote his most notable (or most remembered) works. The Prince (1513), a work of political theory which focuses on the concept of the people needing a “new prince” rather than a hereditary prince – a man of strength and valor, immorality and fearlessness (and apparently like… no emotion). Machiavelli dedicated it to the new ruler of Florence, Lorenzo di Piero de’ Medici (the Lorenzo de Medici’s grandson), in hopes of being brought back into the Medici’s good graces. His plan worked and he was allowed to return to Florence, but unfortunately was never allowed to resume his grand political lifestyle.

Machiavelli, stripped of his titles at this point and considered an average citizen, went on to write several popular plays of the time, and insinuated himself into many Florentine intellectual groups. He carried out hope to return to the political sphere until his death at the age of 58 in 1527.

« The Golden Gate Bridge on opening day 1937
а British merchant being carried by a Sikkimese lady on her back. West Bengal circa 1903. »