Edit: By resistance, I mean a underground movement of say civilians that are coordinating sabotage against the Japanese. This happened in Denmark if I remember correctly, as certain groups would explode train tracks and bridges to help slow the Nazi war effort.

There were also many civilians that helped hide Jews or others that were being persecuted by the Nazis. Etc etc. 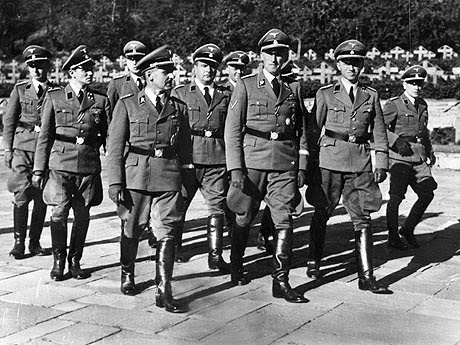 kayak97: There definitely were. In Ian Toll’s “The Conquering Tide” he mentions how coastwatchers, who were basically expatriates living in occupied Pacific territories, were aided by local populations. The coastwatchers would report any ships, planes, or troop movements they saw, and were often known to Japanese intelligence. However, many of them were not caught because of the help of local peoples, who would hide them in remote villages and would warn them of incoming search parties. Toll talks a little about how the the coast watchers relied on the locals to spy on the Japanese too, often at incredible risk. I’m not sure if this is the kind of “resistance” you’re looking for but this is the first one that popped into mind. I would also definitely encourage you looking into this topic, since it’s incredibly interesting and I don’t have the book on me at the moment.

captainloverman: As a follow up question is there any information about the hukbulahaps in the Philippines? My grandfather apparently blew up bridges during the Japanese occupation and was one. That would seem to be a resistance.

Previous Post: « Assembling the sports section of the New York Times, 1942
Next Post: My great grandfather, left, in a German pow camp, 1916 »