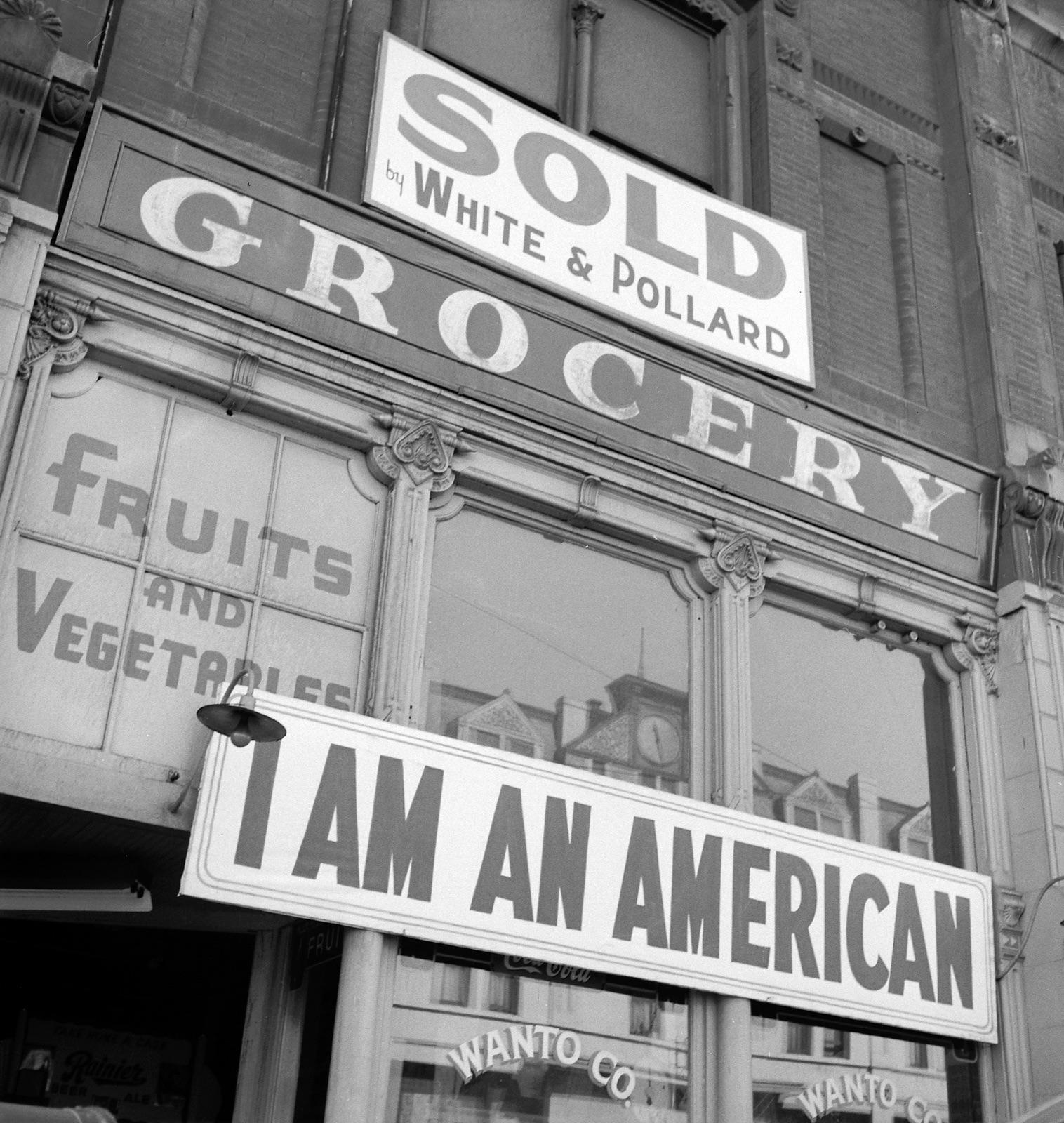 The sign was commissioned and hung by the owners’ brother, Tatsuro Masuda on December 8, 1941. He was born in Oakland in 1916, and was a graduate of U.C. Berkeley. Just over four months after this photo was taken, he and he wife were interned at Gila River, where they would spend the next two years (and have two children). After the war, the Masudas eventually moved to Salt Lake City, where Tatsuro opened his own gas station. He died in 1991.

Previous Post: « How did humans cope with poor eyesight in the Middle Ages? Did all hunters and knights thus have 20/20 vision?
Next Post: Viet Cong POW captured by US Forces during the Vietnam Conflict, 1968. Photo by my father, restored by me. »