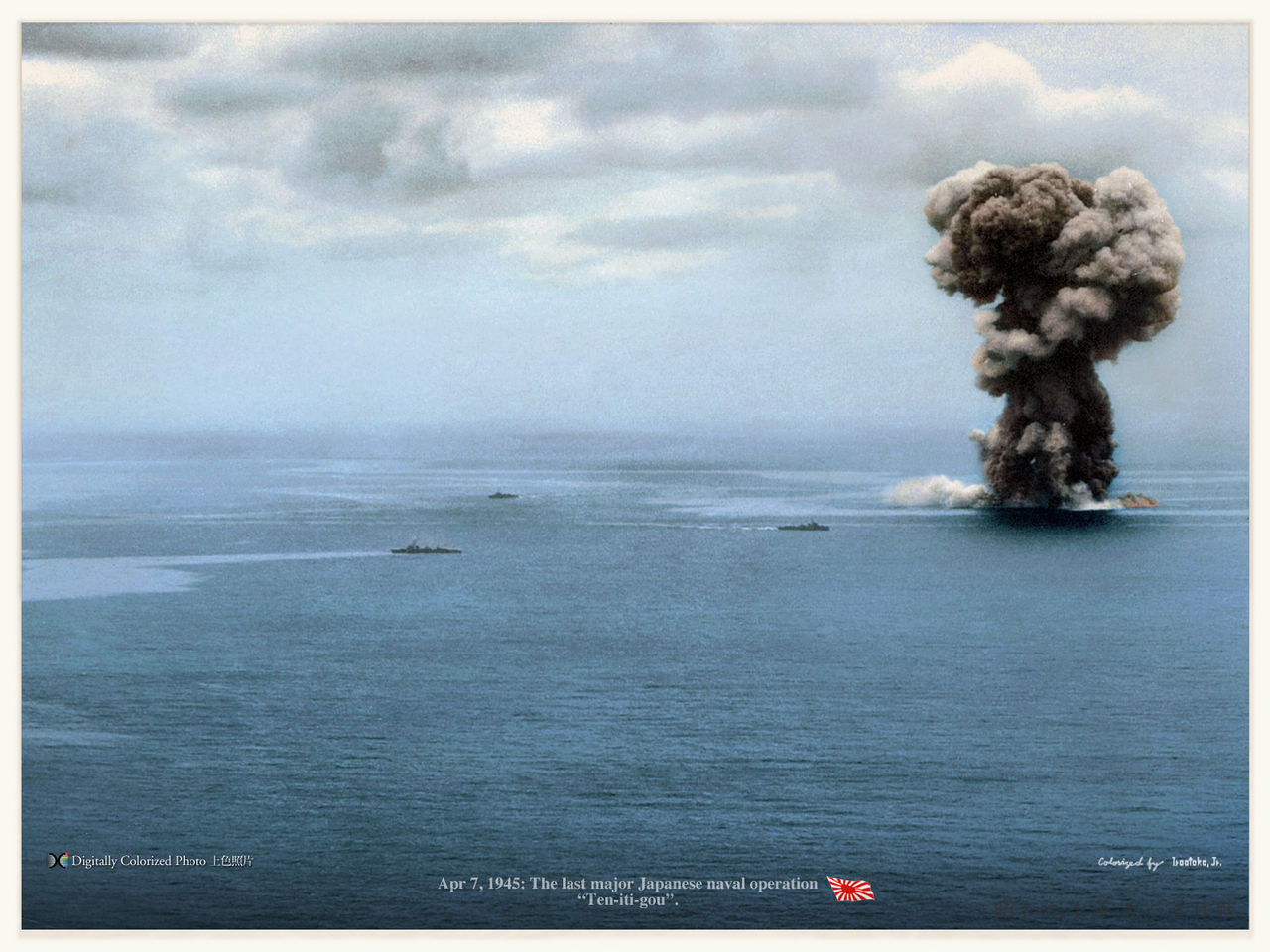 Operation Ten-Go (天號作戰 (Kyūjitai) or ja:天号作戦 (Shinjitai) Ten-gō Sakusen) was a Japanese naval operation plan in 1945, consisting of four likely scenarios. Its first scenario, Operation Heaven One (or Ten-ichi-gō天一号) became the last major Japanese naval operation in the Pacific Theater of World War II. The resulting engagement is also known as the Battle of the East China Sea.

In April 1945, the Japanese battleship Yamato (the heaviest battleship in the world), along with nine other Japanese warships, embarked from Japan on a deliberate suicide attack upon Allied forces engaged in the Battle of Okinawa. The Japanese force was attacked, stopped, and almost destroyed by United States carrier-borne aircraft before reaching Okinawa. Yamato and five other Japanese warships were sunk.

The battle demonstrated U.S. air supremacy in the Pacific theater by this stage in the war and the vulnerability of surface ships without air cover to aerial attack. The battle also exhibited Japan’s willingness to sacrifice entire ships, even the pride of its fleet, in desperate kamikaze attacks aimed at slowing the Allied advance on the Japanese home islands… Wikipedia

an_internet_denizen: Wonder how far away you could hear that blast.

Blake7160: Man, battleships sure were crap weren’t they? What a waste of resources 🙁

^(ITT: People arguing that battleships are good after looking at a picture of one sinking after achieving basically nothing. lel)

Previous Post: « Anti-aircraft fire at the Battle of Okinawa, March 1945. Photograph by W. Eugene Smith
Next Post: A Sikh soldier of the British-Indian Army’s 4th Division holds up a captured Nazi flag. Italy, may 1945 »