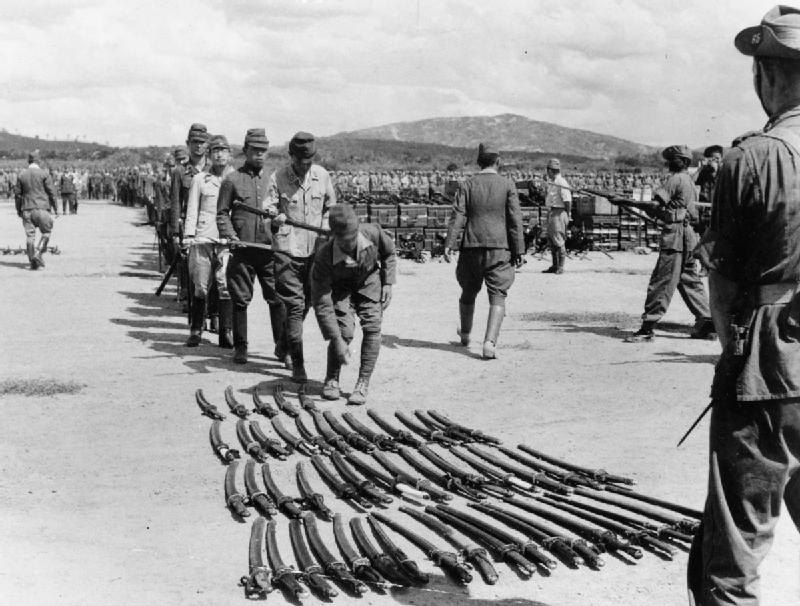 Treliske: I knew a guy who made good money by buying swords taken as souvenirs by vets and then selling them back to the families of the original Japanese owners.

obxfisher: I wonder if these were mass produced swords or if some of them were family heirlooms passed down for generations. Having to give them up would have been almost disgraceful if they were proper samurai swords right? Isn’t the lore behind them supposed to involve spirits within the swords?
Stuff like this interests me.

emkay99: Should have forced their previous owners to watch this stuff being fed into the recyclers.

seabiscut88: My grandfather was lucky enough to bring 2-3 home but unfortunately they were stolen in the 60s when on display at a local high school.

I am lucky enough to have his dog tags as well as some Japanese binoculars which I will treasure forever.

Lqr__: How neatly they arrange that scrap steel. Gotta love the Japanese xD