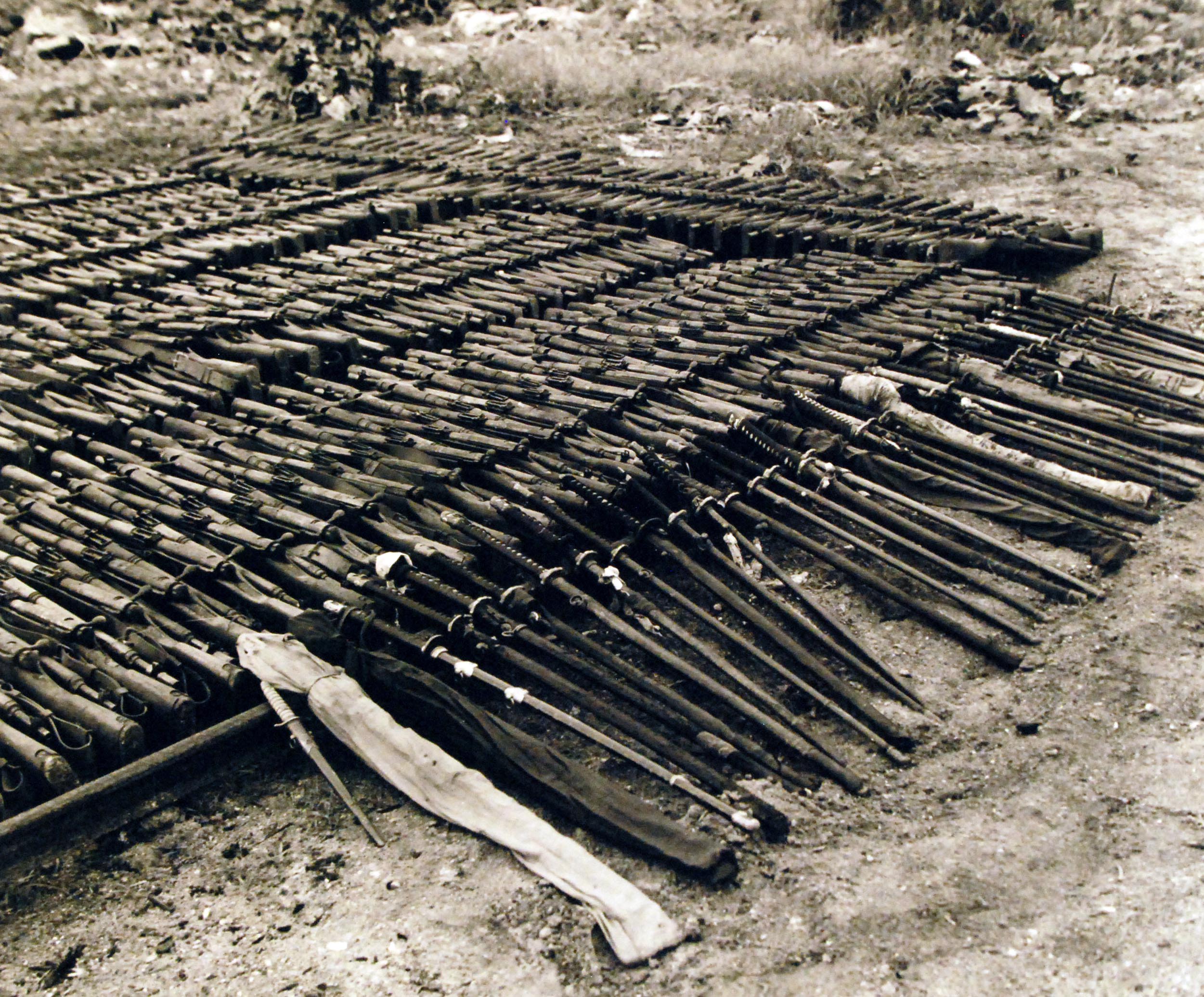 johnryan51: MacArthur had them put on a barge and sunk. He wanted no controversy over them.

AxileAspen: They wouldn’t be samurai swords. They are more than likely just standard military issued swords that officers were required to carry, which is why they are vastly outnumbered by the quantity of rifles the enlisted men were armed with.

Steelyeyedrocket: Where would Samurai swords surrendered during WW2 end up after all was concluded? I would assume they would have been very sentimental to the Japanese soldiers and their families. From a historical perspective, it would be a shame if they were destroyed.

realballistic: All nearly presented of course… The Japanese, even orderly in defeat.

jgalttr: Are those put as this by Japanese soldiers? If so I really appreciate their pride concern.

Previous Post: « “Guard against the impostures of pretended patriotism.” George Washington
Next Post: “While some choose greed, I choose to plant seeds…” GURU »