Is this a joke?

When it comes to Israel, and if it sounds like a joke, then it probably is a joke … Just imagine even United States is having a hard time trying to impeach POTUS Trump, what are the chances Police of a “Satanic” state (that broke international law all the times) can actually indict their own boss, who is said to be the puppet master of the entire American Congress?

The police are to formally announce its recommendation in Cases 1000 and 2000 next week.

Jpost.com reports: The investigating team, led by the head of the Lahav 433 anti-corruption unit Dep.-Ch. Koresh Bar-Nur, plans to meet with Police Commissioner Insp.-Gen. Roni Alsheich on Wednesday, ahead of the decision. The team will present its conclusions, as well as a document that summarizes both cases – which entails its recommendation on whether or not to indict Netanyahu.

Various media reports suggested that police are leaning toward recommending to the state prosecution that it should indict the prime minister in both Cases 1000 and 2000.

Channel 2 News highlighted the importance of the meeting on Wednesday and said that it will be held until a unanimous decision is made.

In Case 1000, the “expensive gifts affair,” police suspect that Netanyahu and his wife, Sara, received presents worth hundreds of thousands of shekels from various businessmen, and in return the prime minister used his influence to benefit them.

One of these businessmen is international movie producer Arnon Milchan. In a recent Channel 10 News report, it was revealed that during a meeting to discuss how Netanyahu could help him in extending his US visa, the latter asked him: “Where are my cigars?”

In Case 2000, the “Yediot Aharonot affair,” it is suspected that Netanyahu negotiated with Yediot Aharonotnewspaper publisher Arnon “Noni” Mozes for favorable coverage, in exchange for support of a bill to weaken Israel Hayom, the largest circulation Hebrew-language paper and Yediot’s biggest competitor.

In August, a court document revealed that the prime minister was suspected of bribery, fraud and breach of trust.

In the past, Netanyahu has acknowledged accepting gifts from Milchan but maintained they were exchanged between friends and did not constitute bribery or breach of trust. He has denied any wrongdoing.

“It is allowed, according to the law, to receive gifts from friends,” Netanyahu said at the Knesset last January. “Arnon Milchan and I have been friends for over 20 years. We are good friends; our wives are good friends.”

Can you trust Israel judging on what they are still doing to the Palestinians? And also get involved in dirty business like this one?

Israel has been caught secretly selling nuclear components to North Korea in order to help Pyongyang build a nuclear weapon. 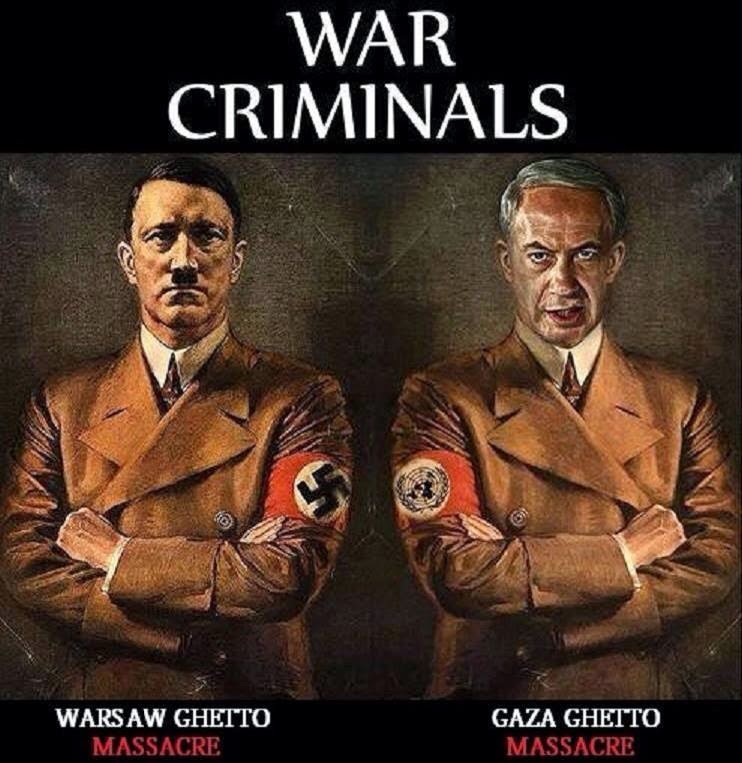 In an interview with Radio Tlv1, progressive Zionist Richard Silverstein claims the Israeli military sold military equipment to North Korea in 2015, which could be used to produce nuclear weapons.

Due to the lack of any specific laws or regulations which prevent Israeli government is not prevented from trading with countries which either are developing nuclear weapons, Rafael Advanced Defense Systems, an Israeli arms manufacturer has negotiated with North Korean officials to provide military technology that might be used in nuclear weapons.

The UN has repeatedly tightened sanctions on North Korea over the past year in response to a series of ballistic missile and nuclear tests.

In November, Pyongyang said it had tested an intercontinental missile which could reach the entire US mainland.

Look, this is what they are doing to their neighbours …

The Syrian Army shot down a group of Israeli warplanes that were allegedly shooting at civilians as well as military targets near Damascus on Wednesday.

Syria’s official news agency SANA confirmed the military responded to “new Israeli aggression” by shooting down almost all of the Israeli rockets.

Rt.com reports: The Syrian military did not disclose any information about casualties or damage resulting from the Israeli strike.

“The general command of the armed forces holds Israel fully responsible for the dangerous consequences for its repeated, aggressive and uncalculated adventures,” a Syrian Army statement said, as cited by Reuters.

The Israeli military declined to comment, saying that it does not respond to such reports.

Syria accused Israel of a similar attack on January 9, in which missiles targeted military outposts in the area of Qutayfeh, in the Damascus countryside.

Since the start of the conflict, the Israeli Air Force has repeatedly attacked targets inside Syria. Tel Aviv claims that its attacks are aimed at the Lebanese Hezbollah armed group, which it considers a terrorist organization.

Damascus says that Israel’s strikes violate Syrian sovereignty and have undermined efforts to push Islamic State (IS, formerly ISIS) and other extremist groups out of the country.

Israeli Minister Threatens To Blow Lebanon Back To The Stone Age

On Sunday Yisrael Katz said that Lebanon may even go back to “the age of cavemen” if it turned into an Iranian factory of precision-guided weapons.

Echoing warnings issued by Prime Minister Benjamin Netanyahu and IDF Spokesperson Ronen Manelis as to the growing Iranian involvement in Lebanon and the missile factories being built by the Iranians in the country, Katz clarified in an interview to the Ynet studio that “Israel has set a red line—it won’t allow Lebanon to become a factory for the production of precision-guided missiles for Iran.

“We have worked to prevent this from happening in Syria through Iranian weapon smuggling, and we are now making it clear that we won’t allow Iran to build factories for the production of precision-guided missiles or for the conversion of missiles on Lebanese soil. This has been clarified in talks with Russia too, and certainly with the United States and other European countries, as messages aimed at preventing a war and a conflict we have no interest in. We are making our red line clear,” said Katz, a member of Israel’s Political-Security Cabinet.

Asked whether Lebanon and the region’s other countries had the ability to meet Israel’s red lines, Katz replied: “Iran is working to turn Lebanon into an advanced post against Israel and has basically taken Lebanon hostage through Hezbollah by implementing its aggressive trends. On the other side, we have Israel with its abilities—and our abilities must be clear to prevent it.

“We are being very clear. If an open, comprehensive conflict develops as a result of Hezbollah’s aggression, we will act very firmly, much more than we did in 2006. Not a single target in Lebanon will be immune, and any infrastructure used both by Hezbollah and for military purposes will be hit. Lebanon will go back many, many years, some say to the Stone Age and others say to the age of cavemen.”

Asked whether Israel had any intelligence on an Iranian desire to launch a war, Katz replied: “We are receiving intelligence that Iran is working to make the front more dangerous. It’s trying to both entrench itself in Syria and arm Lebanon with accurate missiles.”