Edit: justified and possible, I should maybe say. 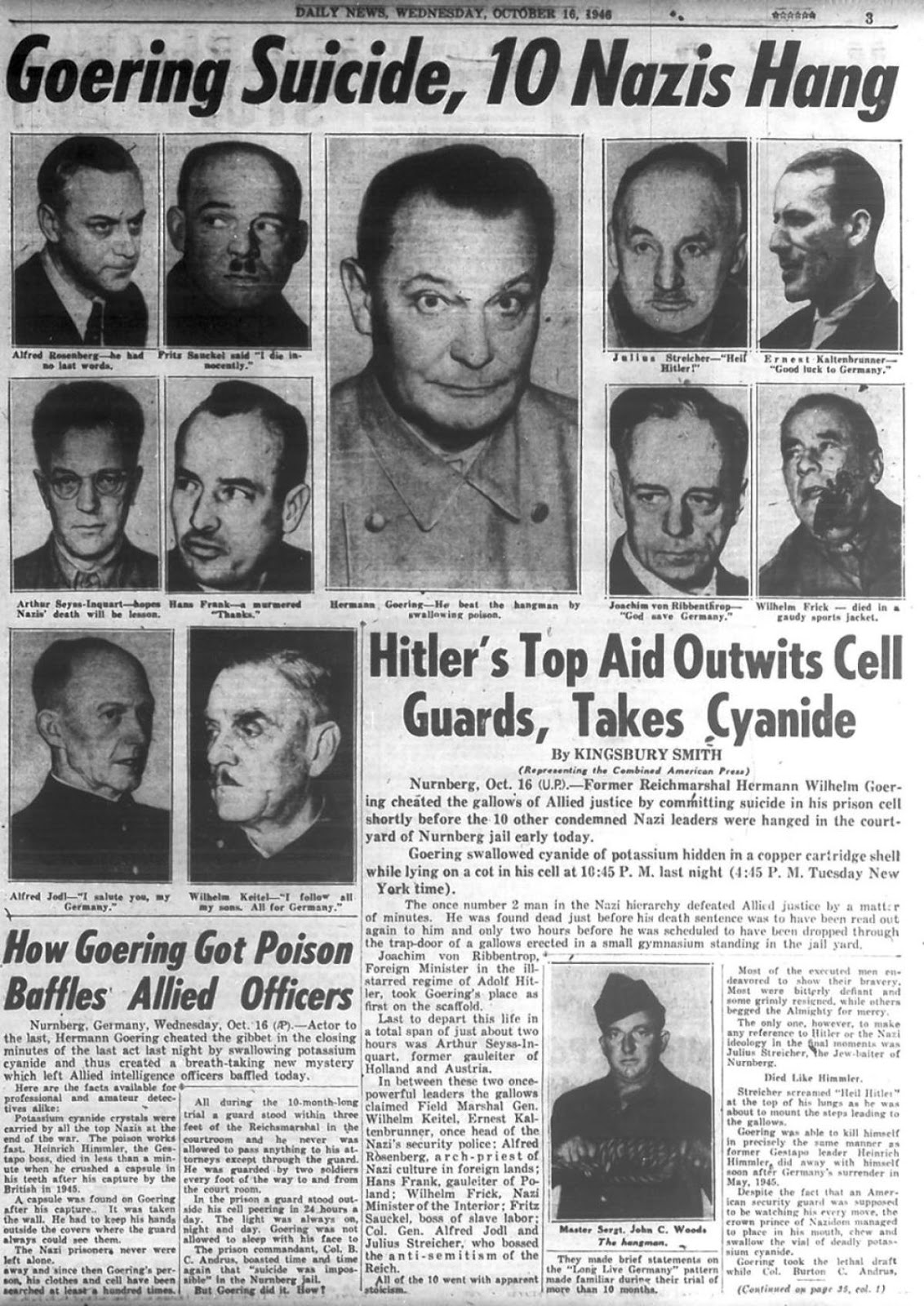 Please see below on the Rome Statute which came into force in 2002 and explicitly defines crimes against humanity and governs the court’s ability to prosecute individuals for those crimes. Note that China & India (amongst others) have not yet ratified the statute.

However, that’s not what your question was about. War crimes were prosecutable at the time of the Nuremberg trials. What was not explicitly prosecutable were crimes committed by a government against its own citizens during a time of war.

Now I’m not a lawyer and I’m getting my information primarily from reading on the Nuremberg trials and from having visited the courtroom’s exhibits in the city so hopefully someone can correct me if I make mistakes.

The key thing was that a charter (called the London Charter but it came to be referred to as the Nuremberg Charter) was established to determine the code of conduct of the Nuremberg trials. In particular, what you’re looking for is Article 6 which deals with jurisdiction and how the crimes would be treated.

Crimes against humanity: namely, murder, extermination, enslavement, deportation, and other inhumane acts committed against any civilian population, before or during the war, or persecutions on political, racial or religious grounds in execution of or in connection with any crime within the jurisdiction of the Tribunal, whether or not in violation of the domestic law of the country where perpetrated.

However, from notes and documents relating to the Nuremberg Trials, the Tribunal itself limited its own powers:

With regard to crimes against humanity, there is no doubt whatever that political opponents were murdered in Germany before the war, and that many of them were kept in concentration camps in circumstances of great horror and cruelty. The policy of terror was certainly carried out on a vast scale, and in many cases was organised and systematic. The policy of persecution, repression and murder of civilians in Germany before the war of 1939, who were likely to be hostile to the Government, was most ruthlessly carried out. The persecution of Jews during the same period is established beyond all doubt. To constitute crimes against humanity, the acts relied on before the outbreak of war must have been in execution of, or in connection with, any crime within the jurisdiction of the Tribunal. The Tribunal is of the opinion that revolting and horrible as many of these crimes were, it has not been satisfactorily proved that they were done in execution of, or in connection with, any such crime. The Tribunal therefore cannot make a general declaration that the acts before 1939 were crimes against humanity within the meaning of the Charter, but from the beginning of the war in 1939 war crimes were committed on a vast scale, which were also crimes against humanity; and insofar as the inhumane acts charged in the Indictment, and committed after the beginning of the war, did not constitute war crimes, they were all committed in execution of, or in connection with, the aggressive war, and therefore constituted crimes against humanity.

The Tribunal is of course bound by the Charter, in the definition which it gives both of war crimes and crimes against humanity. With respect to war crimes, however, as has already been pointed out, the crimes defined by Article 6, section (b), of the Charter were already recognised as war crimes under international law. They were covered by Articles 46, 50, 52, and 56 of the Hague Convention of 1907, and Articles 2, 3, 4, 46 and 51 of the Geneva Convention of 1929. That violations of these provisions constituted crimes for which the guilty individuals were punishable is too well settled to admit of argument.

So, the Tribunal took the stance that there was no retroactive application of laws because such laws were well established prior to the inception of hostilities on Sep 1, 1939.

Finally though, the concept of a “crime against humanity” did pre-date the Nuremberg trials. It came up during my research for this post that a joint telegram was issued by France, Great Britain and Russia in 1915 addressed to the Ottoman empire which stated:

For about a month the Kurd and Turkish populations of Armenia has been massacring Armenians with the connivance and often assistance of Ottoman authorities. Such massacres took place in middle April (new style) at Erzerum, Dertchun, Eguine, Akn, Bitlis, Mush, Sassun, Zeitun, and throughout Cilicia. Inhabitants of about one hundred villages near Van were all murdered. In that city Armenian quarter is besieged by Kurds. At the same time in Constantinople Ottoman Government ill-treats inoffensive Armenian population. In view of those new crimes of Turkey against humanity and civilization, the Allied governments announce publicly to the Sublime-Porte that they will hold personally responsible [for] these crimes all members of the Ottoman government and those of their agents who are implicated in such massacres.

(my emphasis) – also note that the telegram was sent by the USA Dept of State and thus carried the endorsement of the government of the USA at the time.

It is interesting to note that the telegram does explicitly state that members of the administration would be personally held responsible for the genocidal actions, a point which was later echoed in the Nuremberg Trials.

“Fun fact”, the concept of crimes against humanity still isn’t well defined in international law and any discussion of that falls under the 20 years rule of this sub because there still hasn’t been broad legal agreement.

I don’t think this is true – the Rome Statute offers a pretty specific definition of crimes against humanity (and was adopted July 17, 1998, so outside the 20 year rule):

1.For the purpose of this Statute, “crime against humanity” means any of the following acts when committed as part of a widespread or systematic attack directed against any civilian population, with knowledge of the attack:

(e) Imprisonment or other severe deprivation of physical liberty in violation of fundamental rules of international law;

(h) Persecution against any identifiable group or collectivity on political, racial, national, ethnic, cultural, religious, gender as defined in paragraph 3, or other grounds that are universally recognized as impermissible under international law, in connection with any act referred to in this paragraph or any crime within the jurisdiction of the Court;

(i) Enforced disappearance of persons;

(j) The crime of apartheid;

(k) Other inhumane acts of a similar character intentionally causing great suffering, or serious injury to body or to mental or physical health.

2.For the purpose of paragraph 1:

(b) “Extermination” includes the intentional infliction of conditions of life, inter alia the deprivation of access to food and medicine, calculated to bring about the destruction of part of a population;

(c) “Enslavement” means the exercise of any or all of the powers attaching to the right of ownership over a person and includes the exercise of such power in the course of trafficking in persons, in particular women and children;

(d) “Deportation or forcible transfer of population” means forced displacement of the persons concerned by expulsion or other coercive acts from the area in which they are lawfully present, without grounds permitted under international law;

(e) “Torture” means the intentional infliction of severe pain or suffering, whether physical or mental, upon a person in the custody or under the control of the accused; except that torture shall not include pain or suffering arising only from, inherent in or incidental to, lawful sanctions;

(f) “Forced pregnancy” means the unlawful confinement of a woman forcibly made pregnant, with the intent of affecting the ethnic composition of any population or carrying out other grave violations of international law. This definition shall not in any way be interpreted as affecting national laws relating to pregnancy;

(g) “Persecution” means the intentional and severe deprivation of fundamental rights contrary to international law by reason of the identity of the group or collectivity;

(h) “The crime of apartheid” means inhumane acts of a character similar to those referred to in paragraph 1, committed in the context of an institutionalized regime of systematic oppression and domination by one racial group over any other racial group or groups and committed with the intention of maintaining that regime;

(i) “Enforced disappearance of persons” means the arrest, detention or abduction of persons by, or with the authorization, support or acquiescence of, a State or a political organization, followed by a refusal to acknowledge that deprivation of freedom or to give information on the fate or whereabouts of those persons, with the intention of removing them from the protection of the law for a prolonged period of time.

3.For the purpose of this Statute, it is understood that the term “gender” refers to the two sexes, male and female, within the context of society. The term “gender” does not indicate any meaning different from the above.

The nullum crimen sine lege principle is intended to serve as protection from being persecuted on account of a conduct that the person in question was not aware of at the time when he practiced the conduct in question. Nobody who participated in what can be summarized under “crimes against humanity” can believe such actions to be lawful because of the nature of these crimes.

As Christian Tomuschat argues in his article The Legacy of Nuremberg in Journal of International Criminal Justice, Volume 4, Issue 4, 1 September 2006, Pages 830–844 the IMT achieved a reduction of the nullum crime principle by defining the scope of “crimes against humanity” as conduct that is universally and internationally condemned and that are dictated against by the public conscience. The fact that murder in general and murder of Jews remained a crime in Germany is evidence to all but the most reprehensible legal positivist that all those who participated in the Holocaust and associated Nazi atrocities were acutely aware of the wrongness and atrocious nature of their conduct at the time they participated in said conduct. Hence, the nullum crime principle can not be applied to the charge of “crimes against humanity” at the IMT, while the other charges brought forth against the defendants had a long a tradition in international law and a variety of precedents. And, as you pointed out, there is the argument that the charge of crimes against humanity had a precedence in the Ottoman court marshals of 1919-1920 against perpetrators of the Armenian genocide. 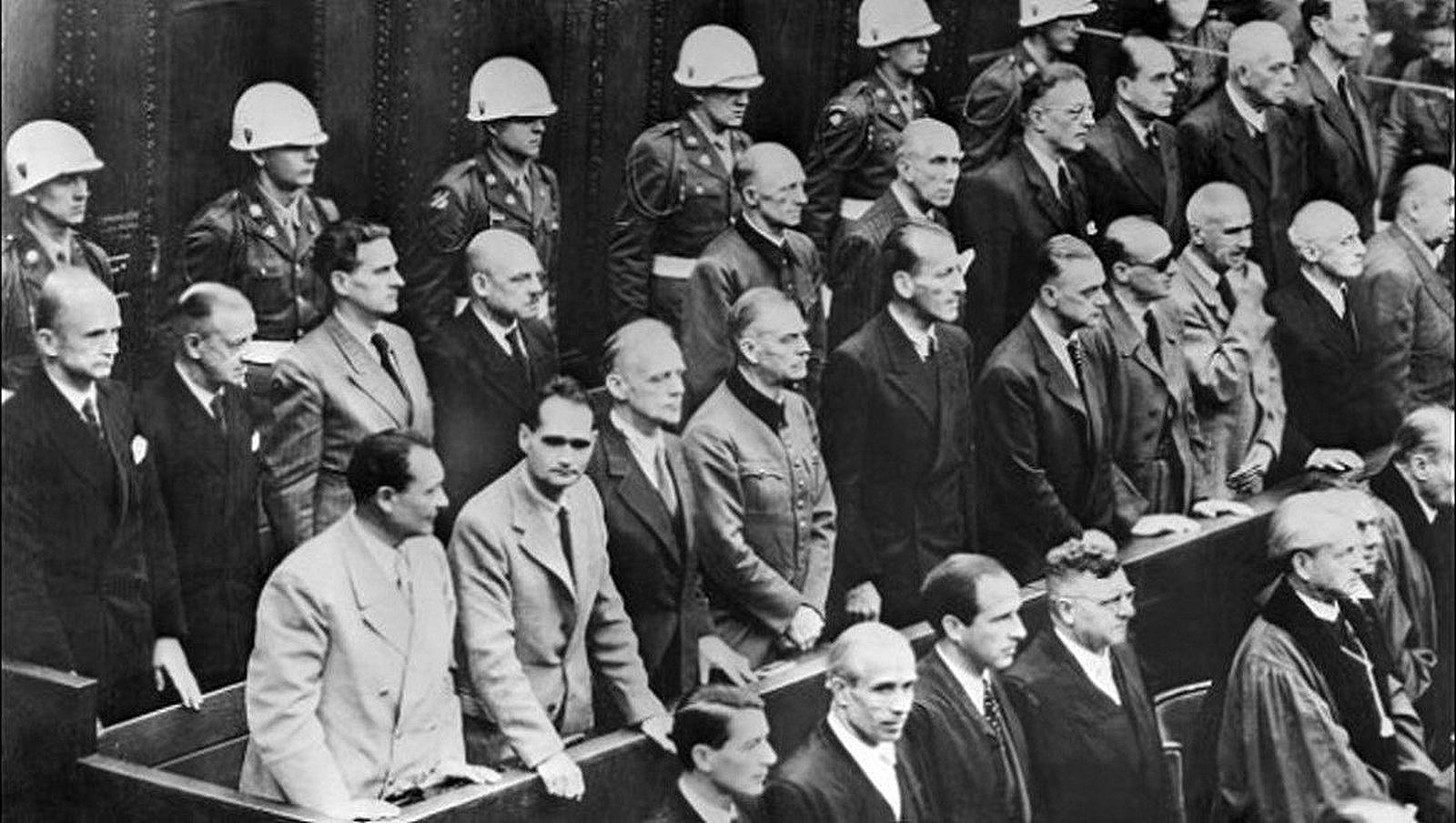 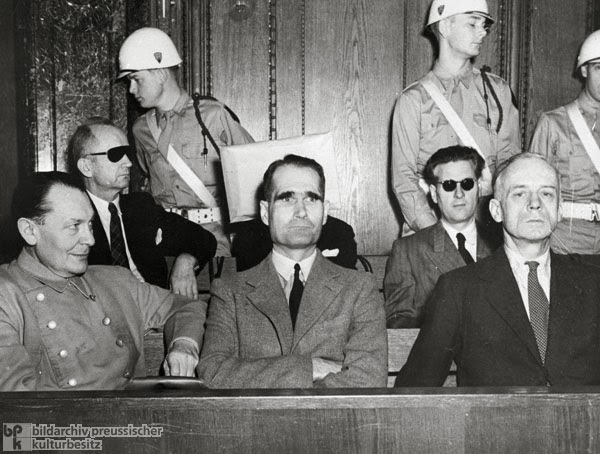