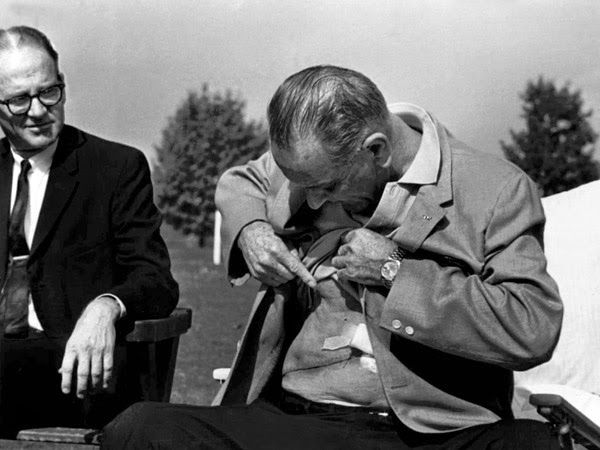 Quotes
Yesterday is not ours to recover, but tomorrow is ours to win or lose.
Being president is like being a jackass in a hailstorm. There’s nothing to do but to stand there and take it.
Organized crime constitutes nothing less than a guerrilla war against society.