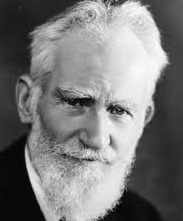 Quotes
Life isn’t about finding yourself. Life is about creating yourself.
Progress is impossible without change, and those who cannot change their minds cannot change anything.
There is no love sincerer than the love of food.

« New York City during the nearly 24 hr. blackout that lead to widespread arson and looting… July 13, 1977
Man at the bar on Saturday night. Craigville, Minnesota. September 1937 »