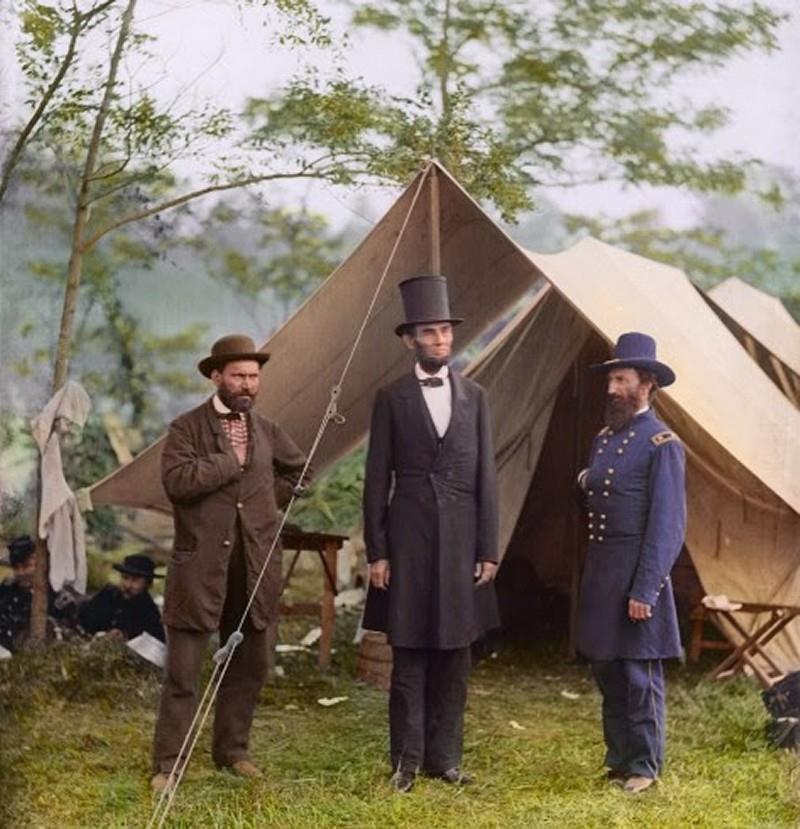 The Battle of Antietam, Maryland, on September 17, 1862, was not the conclusive Union victory President Lincoln had desperately hoped for. Still it was enough of a win for him to issue his preliminary emancipation proclamation, which stated that on January 1, 1863, all slaves in states still in rebellion would be free. Yet in the days immediately after the battle, Lincoln became distressed at General George B. McClellan’s failure to pursue Lee’s retreating army. In early October, Lincoln visited McClellan at his headquarters at Antietam to urge him personally to attack. This photograph of Lincoln with McClellan and his staff was one of several taken on October 3 and is a rare view of Lincoln at the front.

Previous Post: « Historical Women Badder Than Taylor Swift
Next Post: King George V, in German uniform, accompanied his cousin Kaiser Wilhelm II of Germany during his visit to Berlin, there they met his German Regiment, the First Dragoon Guards, 1913 »