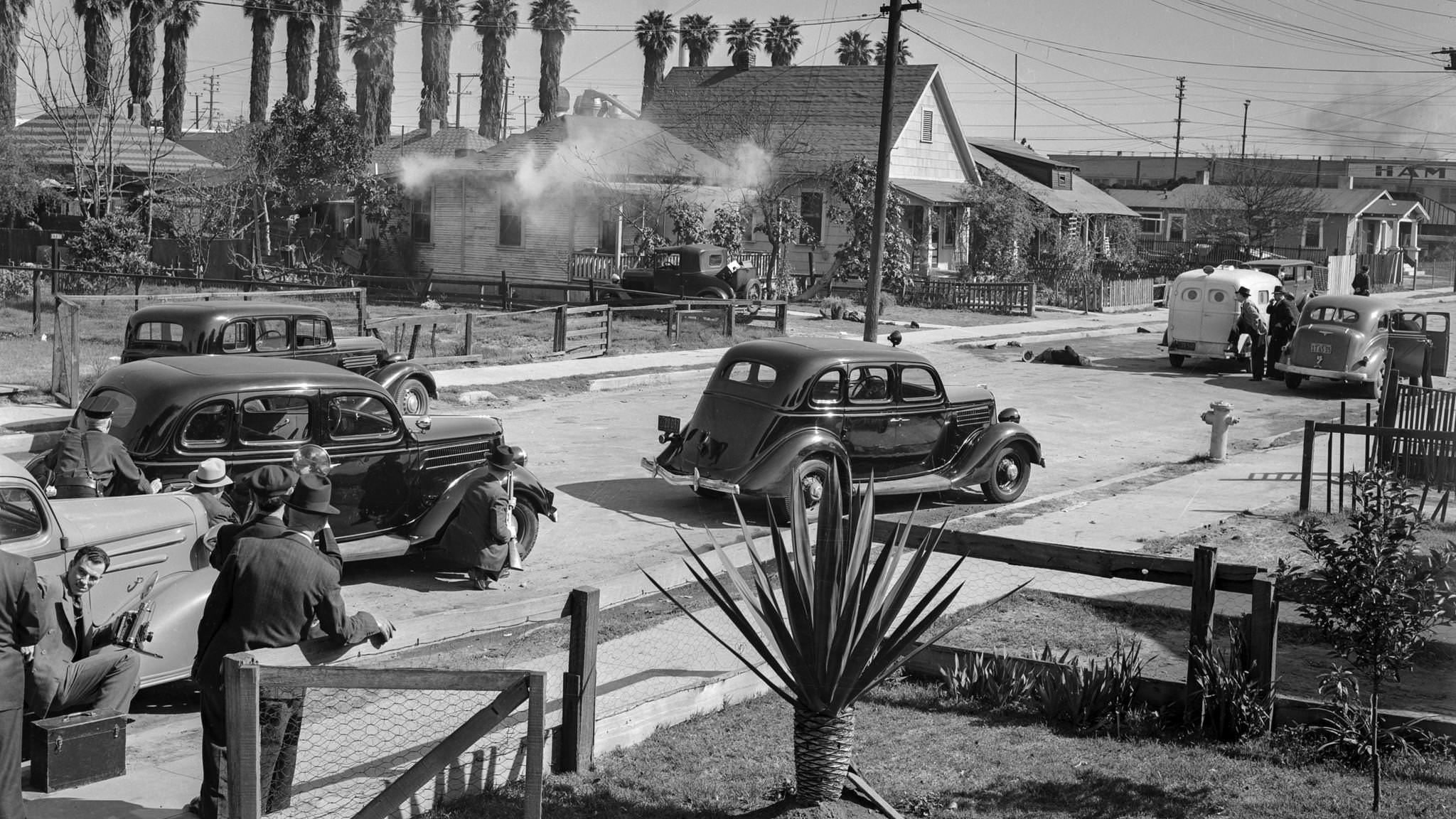 Feb. 17, 1938: Tear gas drifts from a home in the 1700 block of East 22nd Street as Los Angeles police trade gunfire with barricaded suspect George Farley. The bodies of a deputy city marshal and his helper — shot and killed by Farley as they tried to serve an eviction notice on him — lie in front of the barricaded home. Killed were Deputy Marshal T. Dwight Crittenden and Leon W. Romer, both 60.

Farley, 55, was wounded five times and captured after police stormed the house. He was later convicted of two counts of manslaughter and ordered to serve 10 to 20 years in San Quentin State Prison.

« Abortion is barely mentioned in the Christian Bible. How and why did it become such a prominent issue for so many Christian Churches?
“Every dream fulfilled, begins with a simple wish” Anonymous »